Oct 24, 2015 12:15 PM PHT
Rappler.com
Facebook Twitter Copy URL
Copied
All of the waiting is finally over – in the most romantic episode yet, Alden and Yaya hold each other for the first time 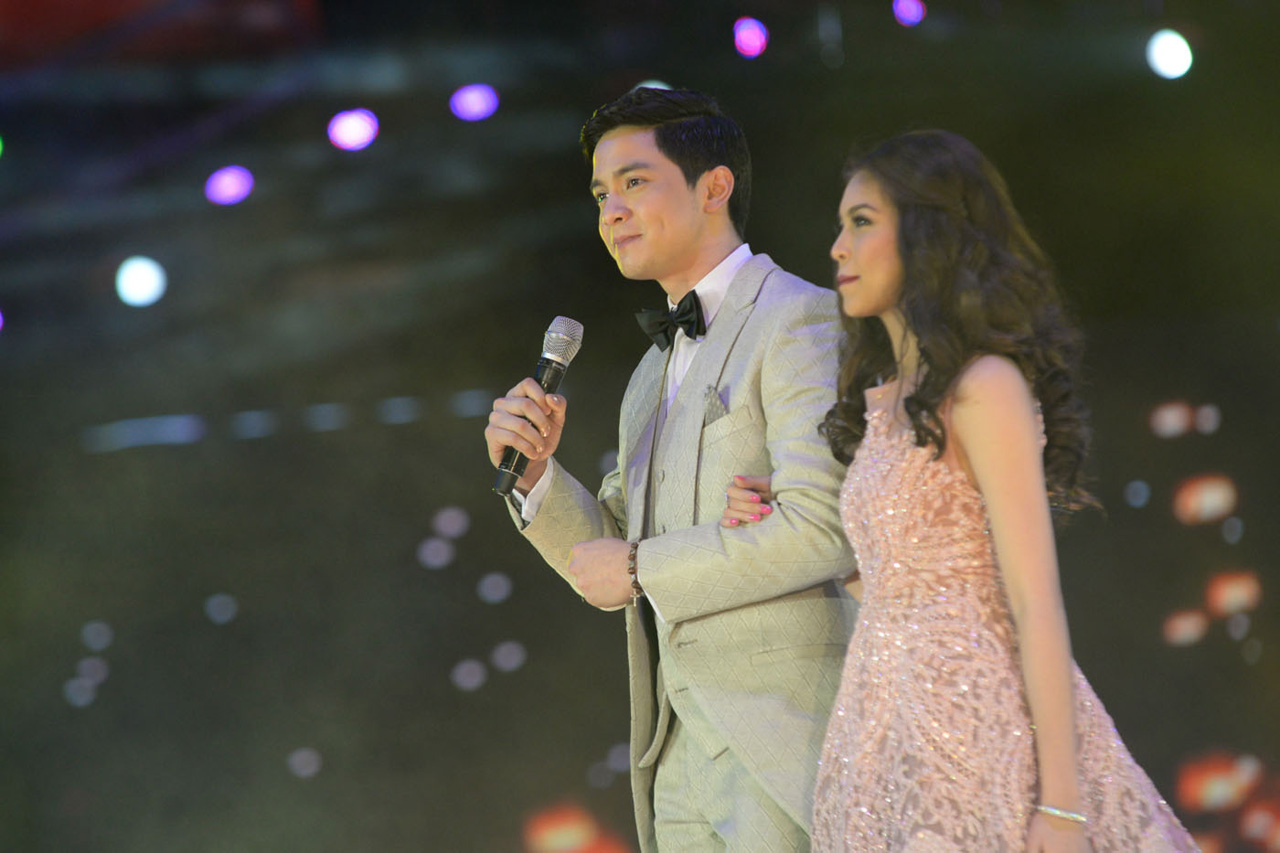 BULACAN, Philippines – It’s the grand day AlDub fans have long been waiting for – the “Tamang Panahon” (right time) that Lola Nidora has always spoken so seriously about.

Fans flocked to the sold-out show at the Philippine Arena Saturday, October 24, ready to see how Alden and Yaya Dub’s (together, AlDub) story will play out on the huge stage.

As a treat for fans, the show aired with no commercial breaks and feaured the long-awaited grand meeting between the 2.

AlDub is all about the once-forbidden love between Alden and Yaya, played by Maine Mendoza, kept apart by Yaya’s boss, Lola Nidora.

Their courtship has played out in scenes on noontime show Eat Bulaga, marrying both social media (AlDub is a perennial worldwide trending topic on Twitter) and live elements, like the grand “AlDub: Tamang Panahon” day.

The thousands-strong crowd cheered on the love team as the show kicked into full swing. 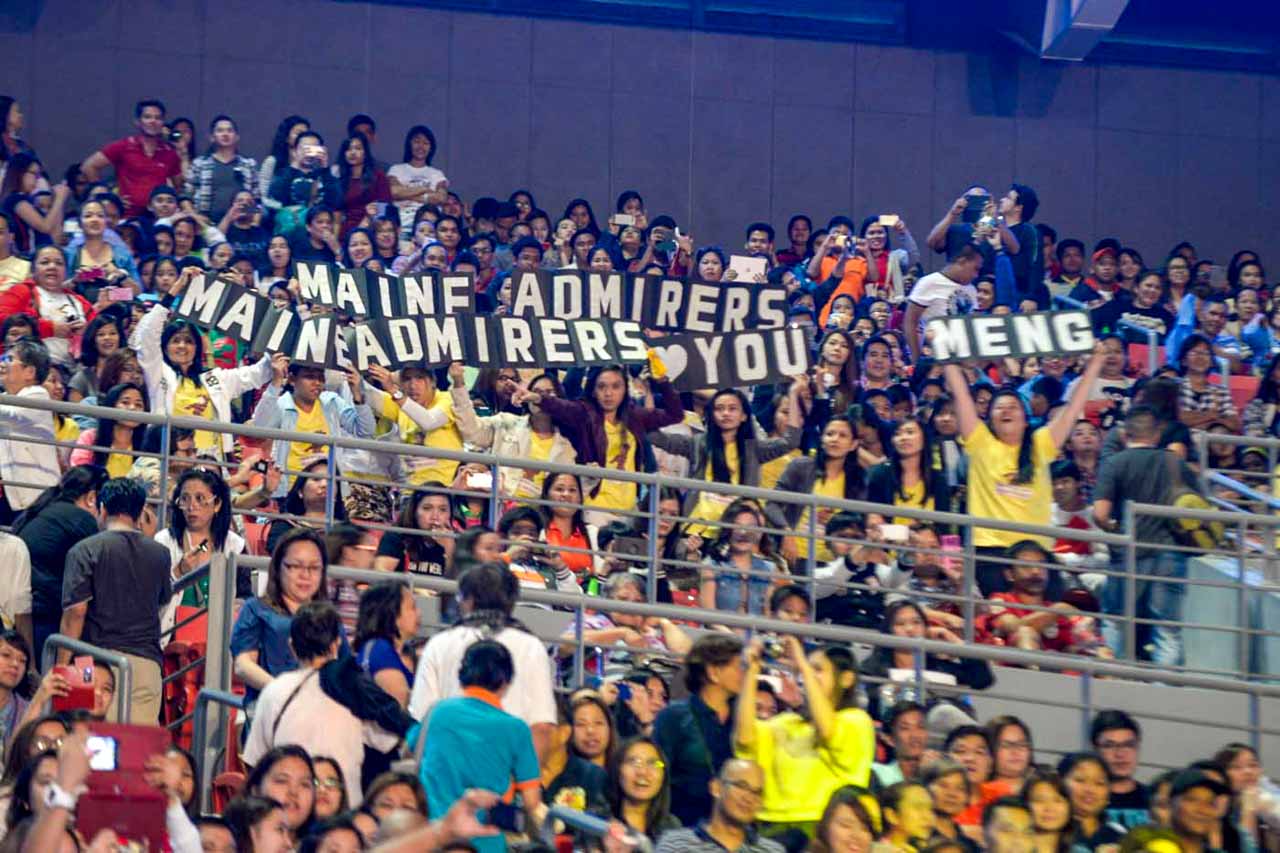 Lola’s band of other lolas (older women) opened the show: 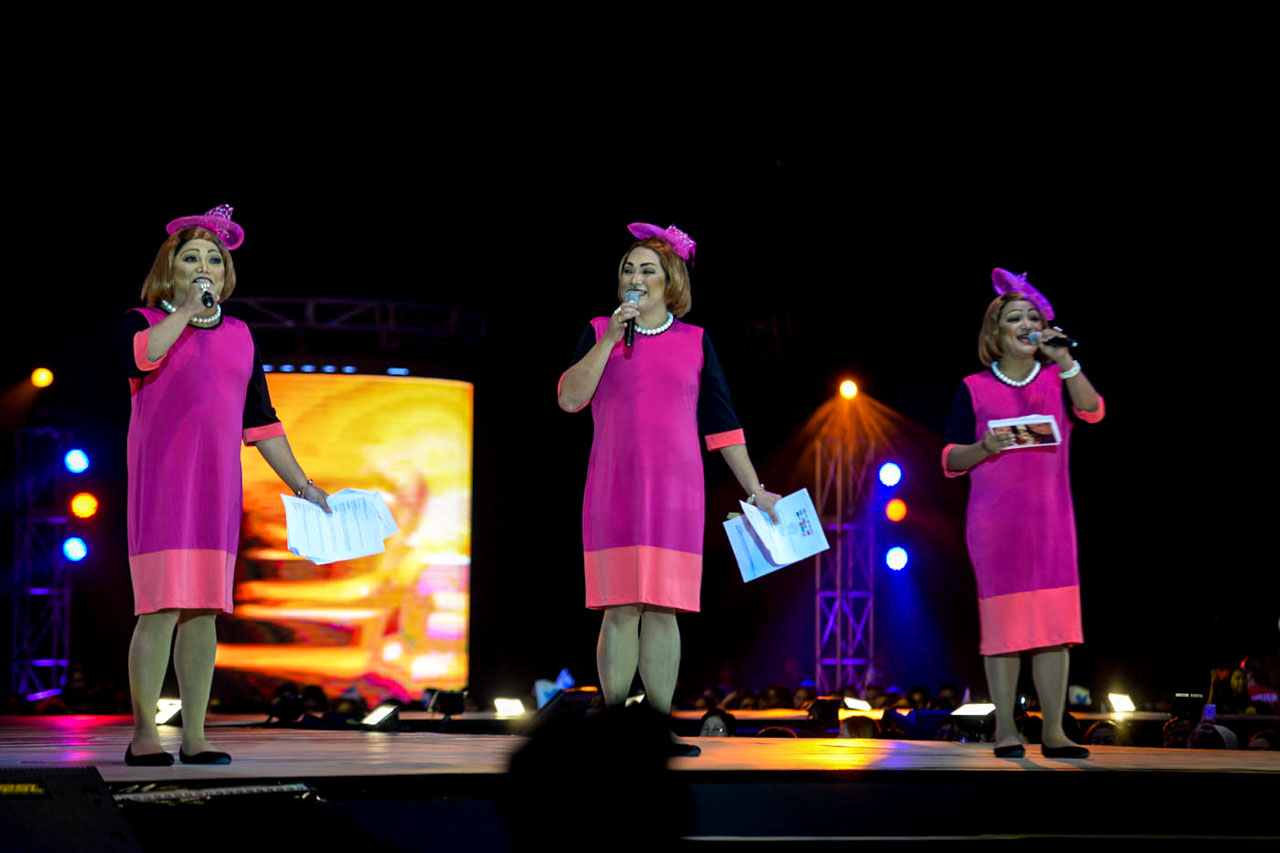 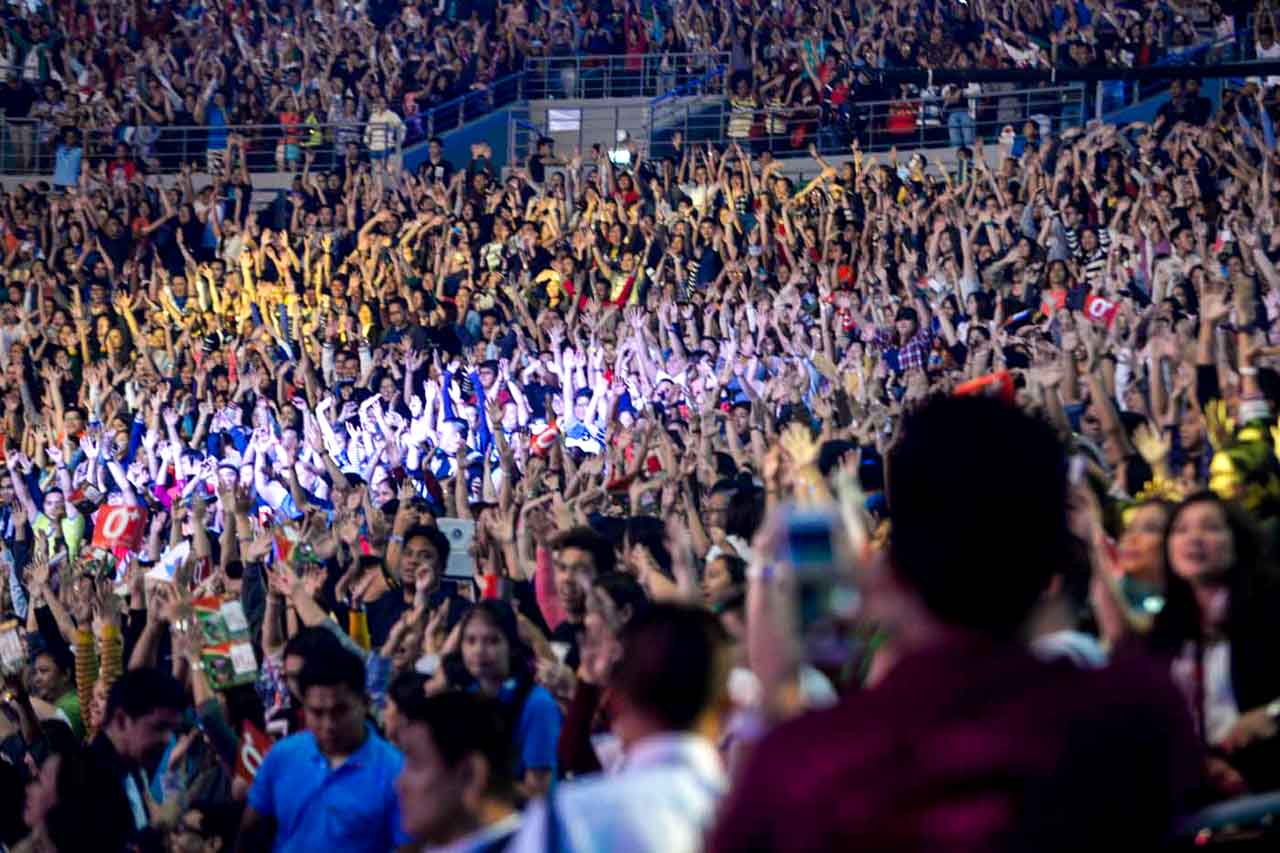 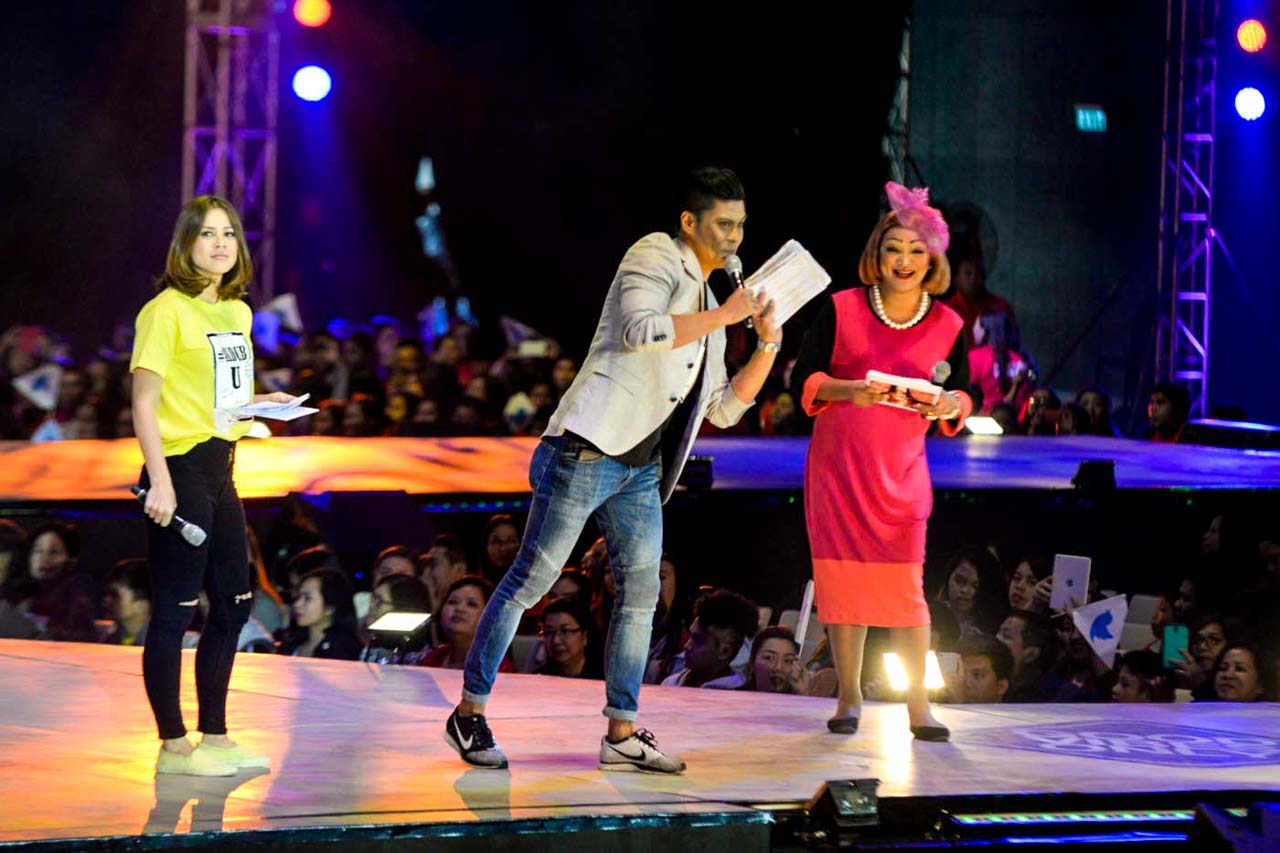 The Eat Bulaga hosts then took to the stage. 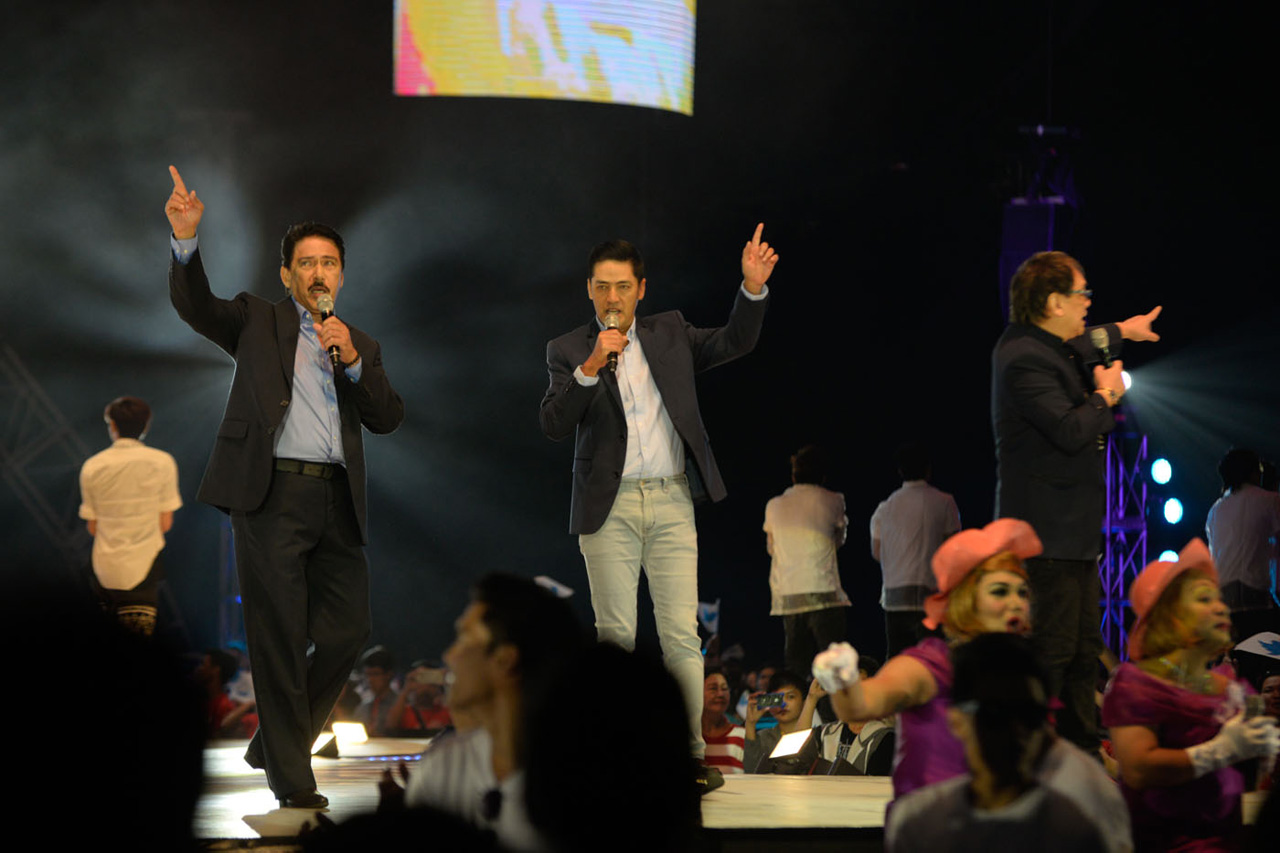 Lola Nidora apparently swooped in via chopper with some good news for all. Previously, Nidora explained that all members of the AlDub Nation were invited to the event for a special cause. The gathering will benefit the AlDub library project, where 100% of the ticket sales from the event will be given to the 3 elementary schools they picked.

And here she is:

And earlier, we got this lovely tweet from Dawin:

Watching @EatBulaga supporting #ALDubEBTamangPanahon where 55K people are expected to dance to my song Dessert! pic.twitter.com/KlcY0eOCek

Lola Nidora shares some of the "suitors" she had. pic.twitter.com/1KLlUYi2se

Duhrizz, also played by Wally Bayola, also made an appearance to tease the crowd, saying that “AlDuh” (Alden+Duhrizz) was better than “AlDub” (Alden + Yaya Dub). 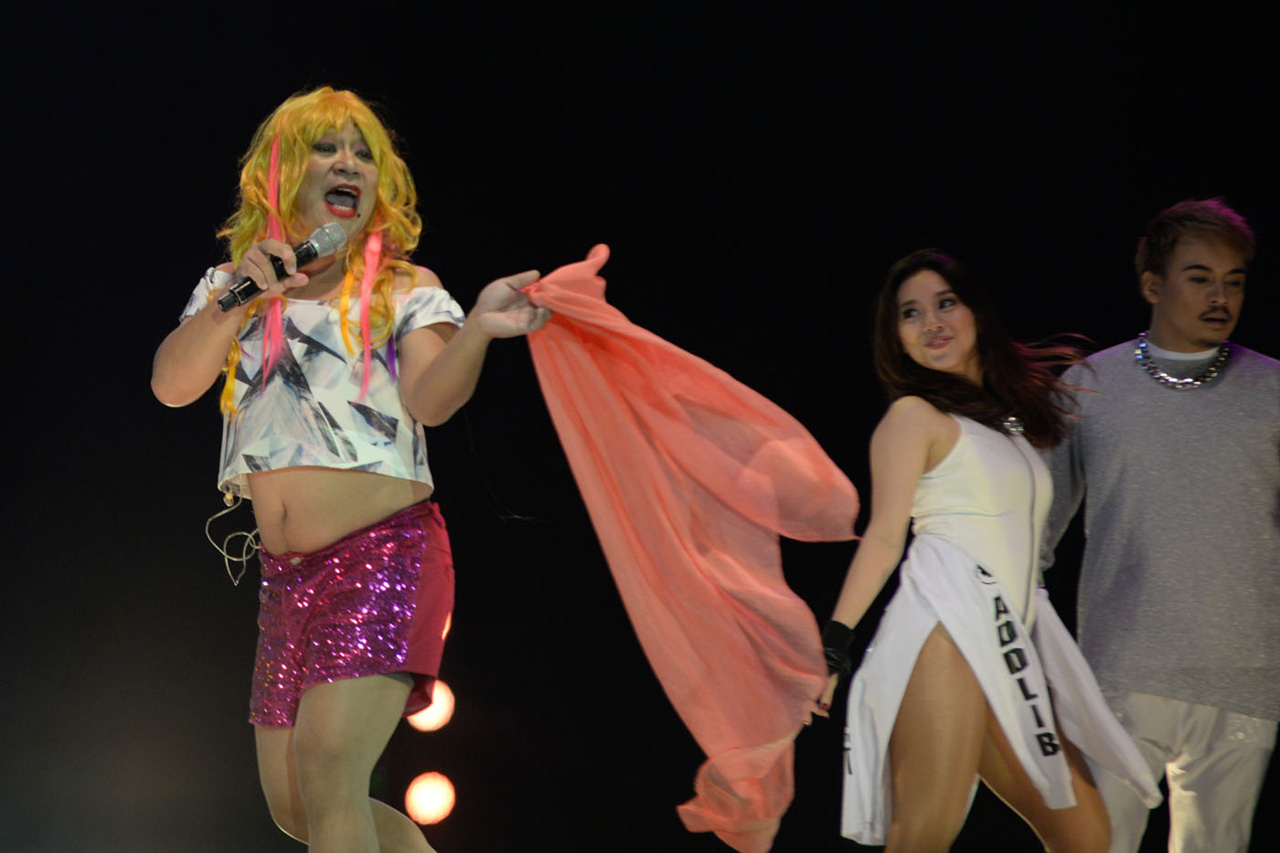 After an appearance from Rihanna, another one of Wally’s alter-egos, Lola finally teased the appearance of Yaya Dub.

Maine could be seen riding in a pretty red dress on the back of a jeepney – a callback to an older episode where she rode in on a jeepney in a Cinderella-inspired dress. 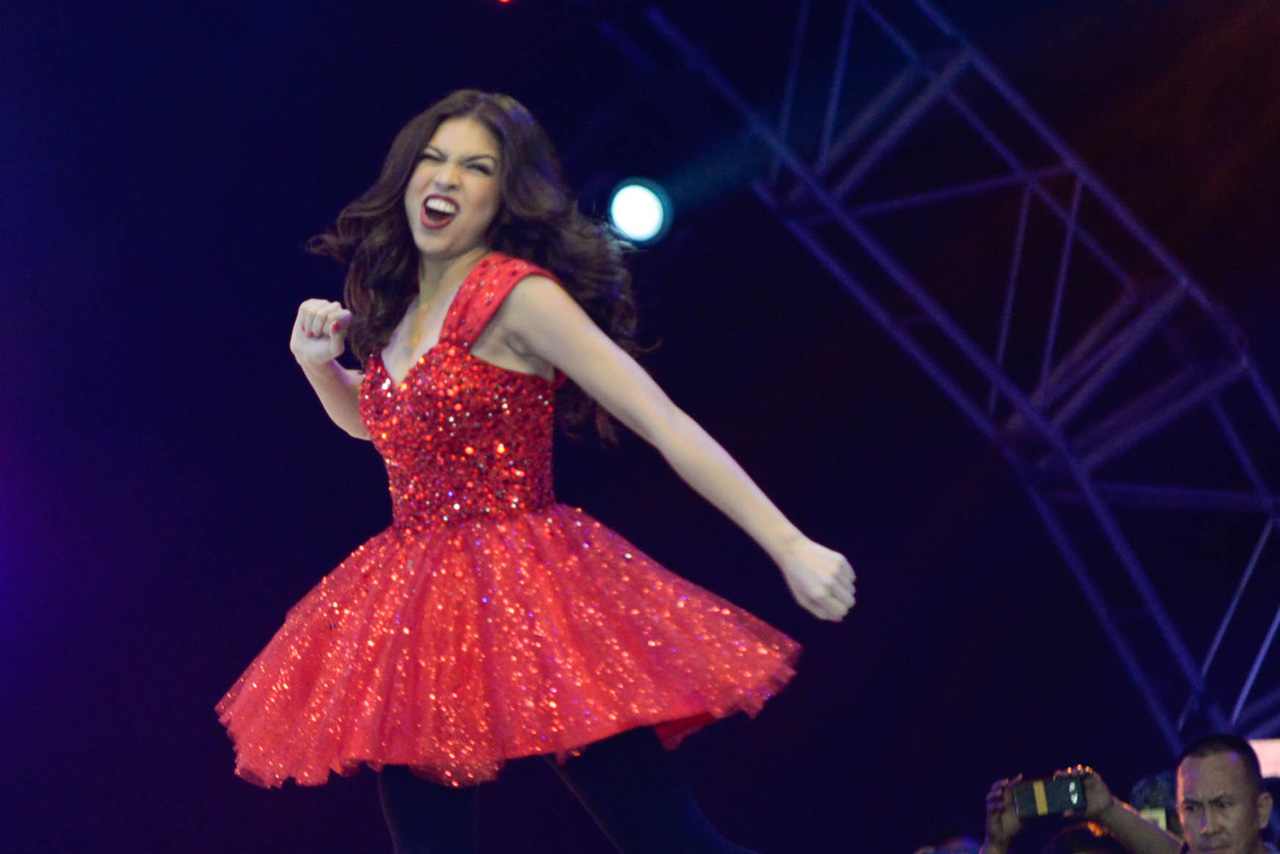 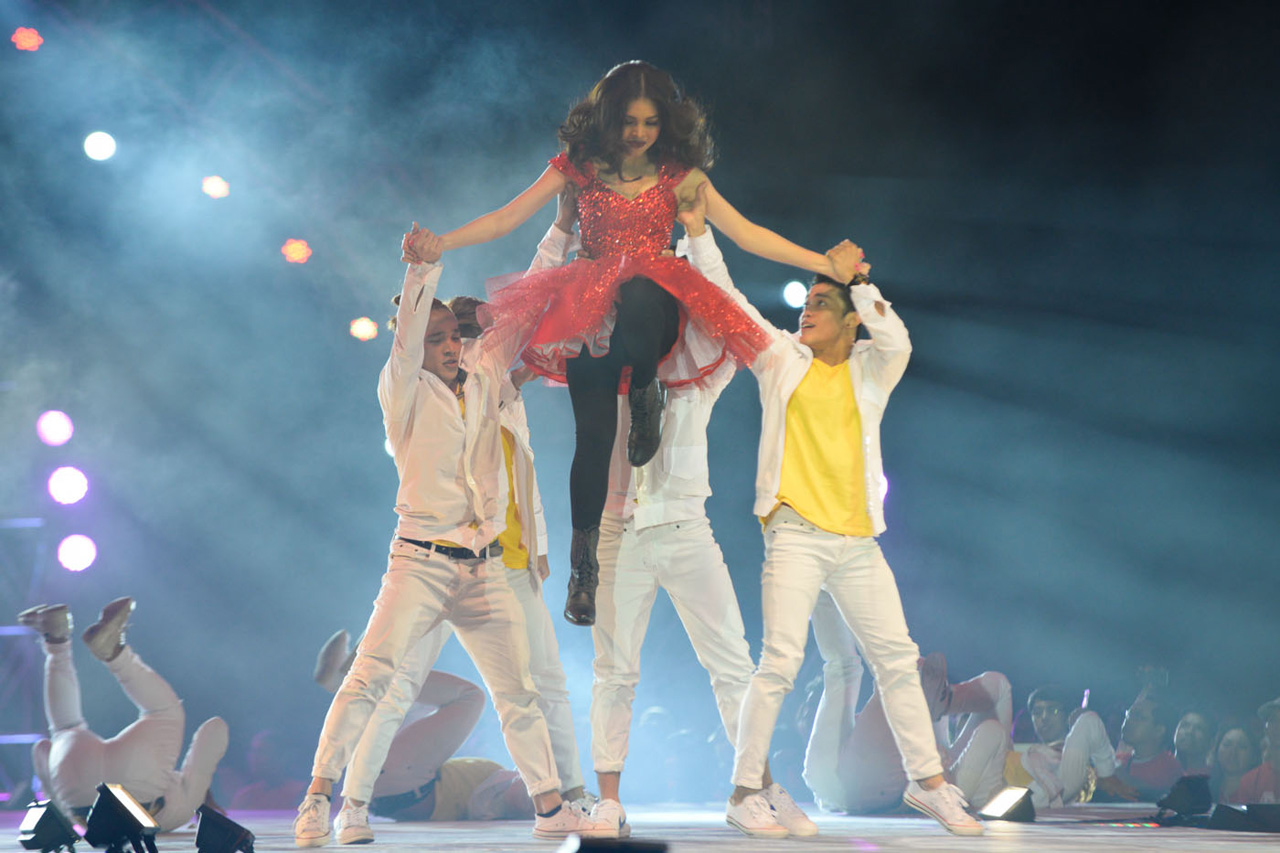 She and a group of dancers performed to “Fantastic Baby.”

There was also a dance number from little star Ryzza Mae Dizon, who made a grand entrance via hoverboard. There was also a little show from the adorable young Baste, who danced to “Gentleman.”

Lolas Tidora, Tinidora, and Nidora reflected that they were happy for Maine’s newfound good fortune and love.

A short teaser was also show for My Bebe Love, Alden and Yaya’s movie with Vic Sotto and Ai-Ai delas Alas.

Nidora fondly talked to the audience about Maine Mendoza, the actress who rose to fame after her memorable Dubsmash videos, befor beginning her stint in the kalyeserye.

There were also interviews from Maine’s friends and family, who gave viewers a look into Maine’s life as a student, just a regular lady, sometimes shy, but lively and exuberant. There was even a short interview from Yaye Pepe, who is the yaya of Maine.

After that came a romantic dance number from Maine, set to an instrumental version of Selena’s “Dreaming of You.” 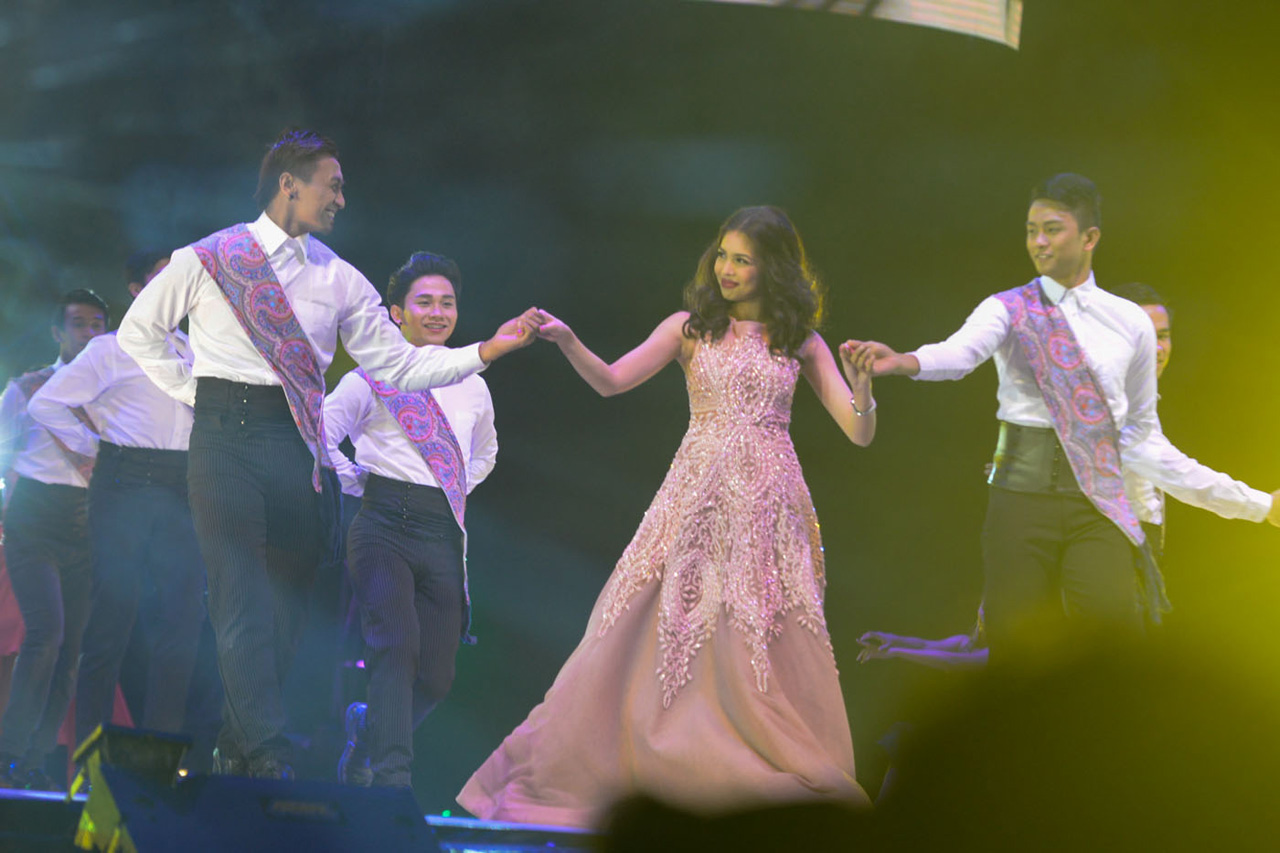 At the “stroke of midnight,” a montage of AlDub footage played and the cameras cut to a dressed-up Alden Richards making his way to the Philippine Arena carrying a large box.

Alden Richards about to enter the Phil Arena #ALDubEBTamangPahanon pic.twitter.com/5Teazx2CAd

“Anyone can make you smile but it takes someone special to make you happy,” read a sign in the entrance.

Every inch the Prince Charming to Yaya’s Cinderella, Alden made his way up to see Yaya.

A close-up look at the box held by Alden showed that it was filled with beautiful red roses.

A beaming Maine looked on from the stage.

Tension built as scenes from their previous almost-there meet-ups were shown. Fans held their breath in anticipation as Alden continued the long walk to Maine, slow and steady.

To “Thinking Out Loud,” Alden and Maine finally looked upon each other (the meeting was not without a series of pabebe waves, their trademark move). 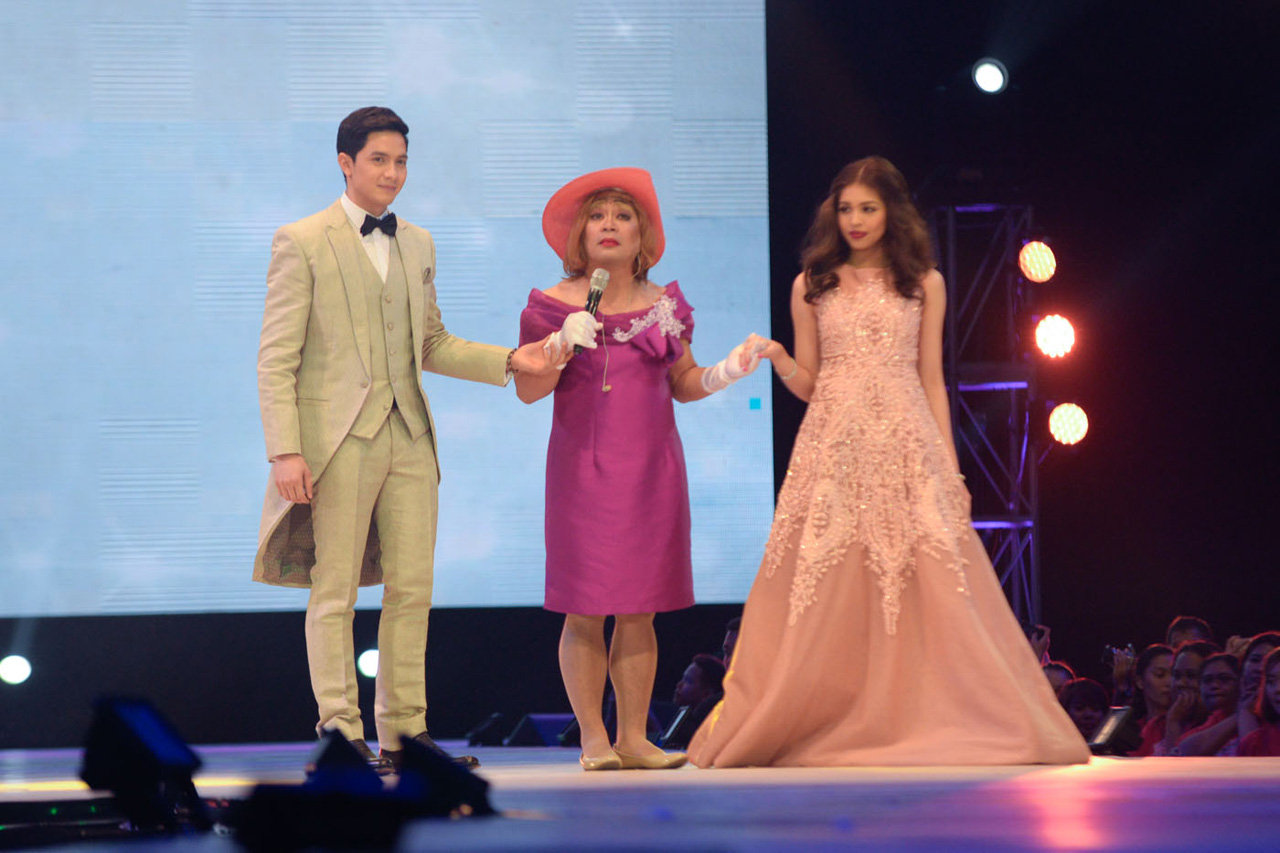 “Lola, sandali po (wait),” said Alden, reaching out for a group hug between the 3. After a tearful embrace, Lola left them alone. 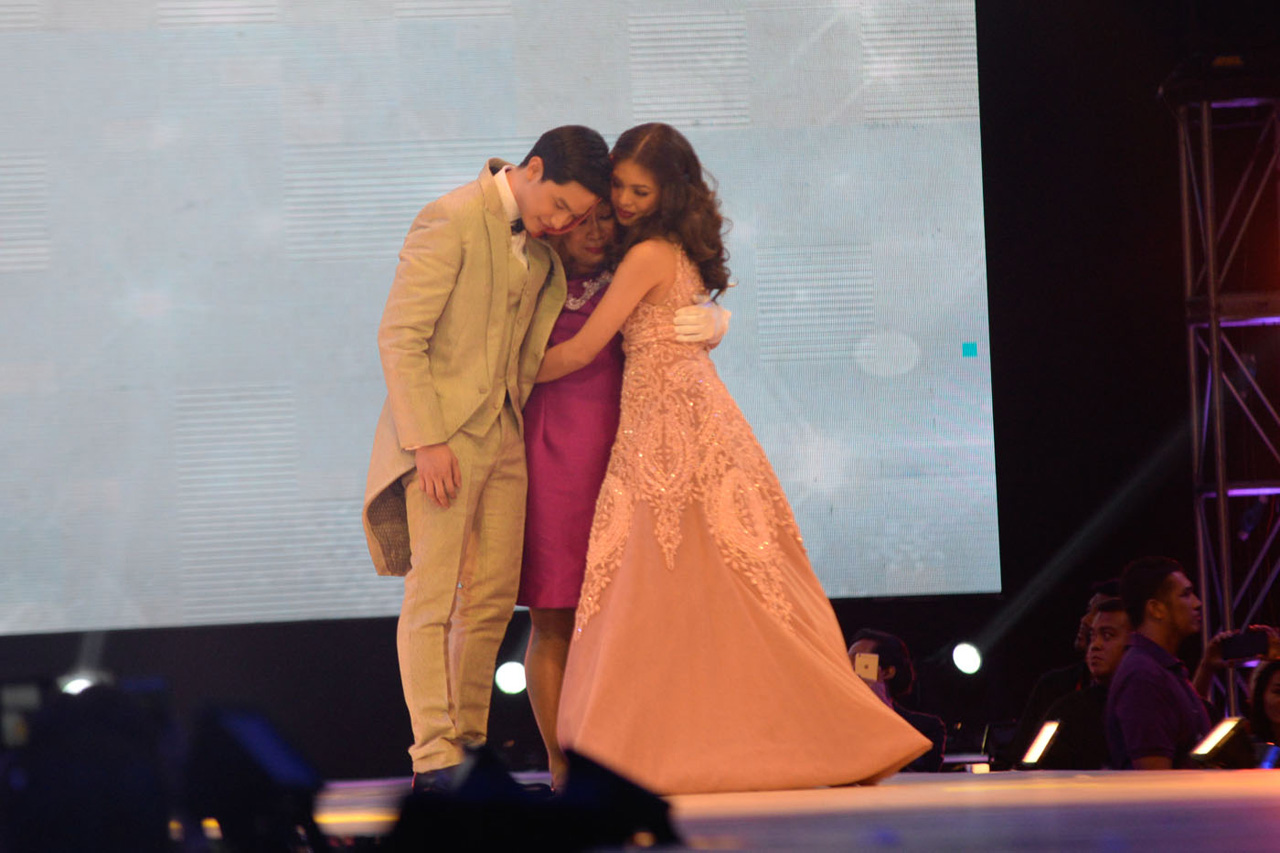 Arm in arm, the lovebirds walked down the stage together. 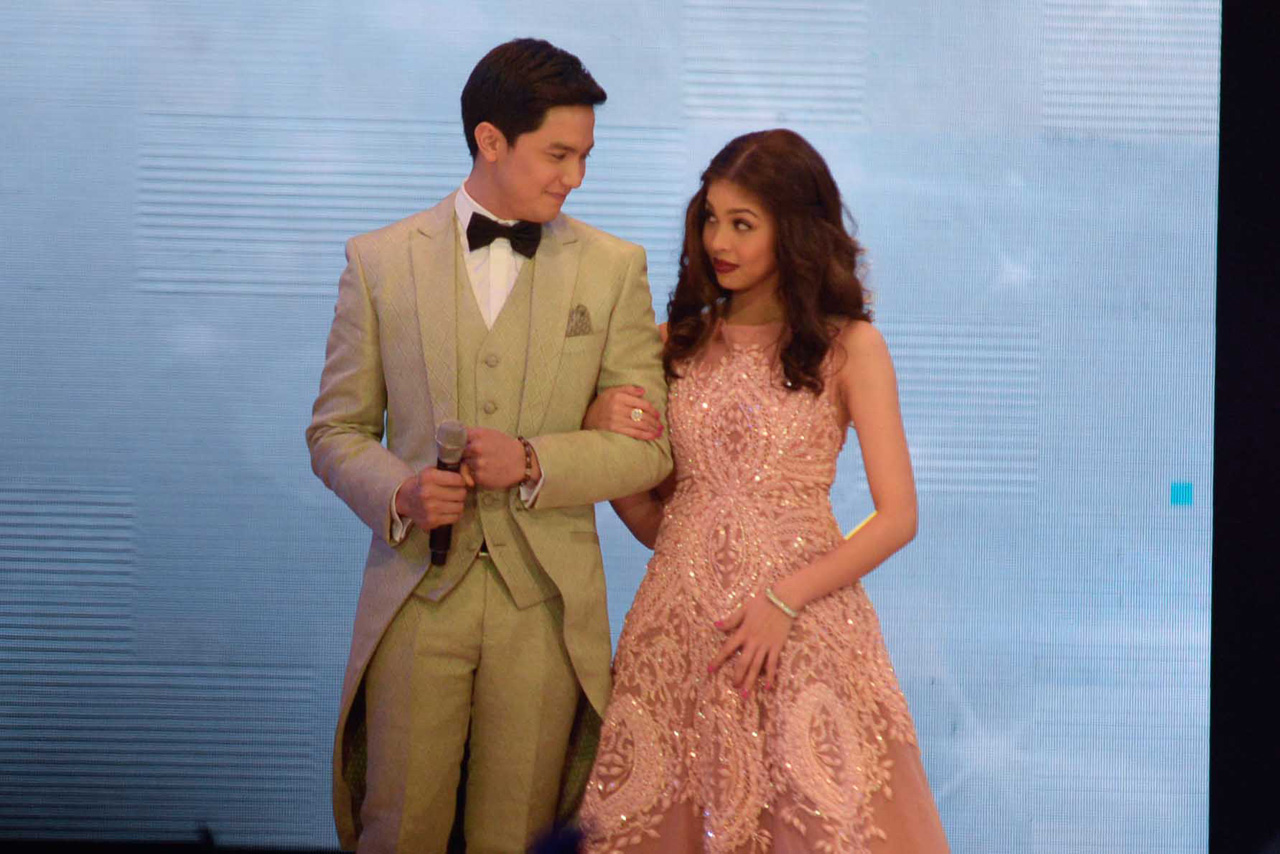 Set against the backdrop of brightly lit lanterns, Alden sang a song for Maine, and for the whole AlDub Nation – the now famous “God Gave Me You.” 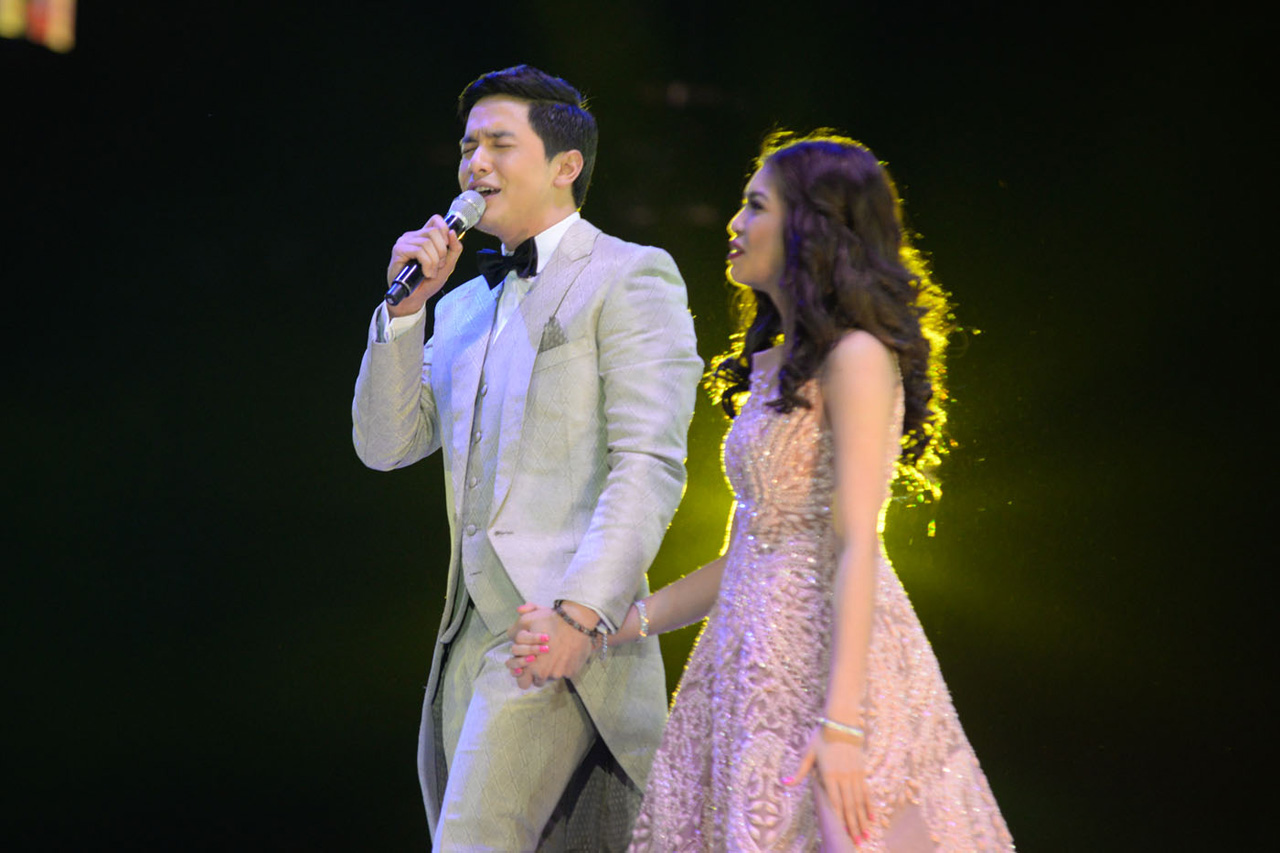 In a surprise, Yaya sang into the microphone, performing a few lines with Alden. 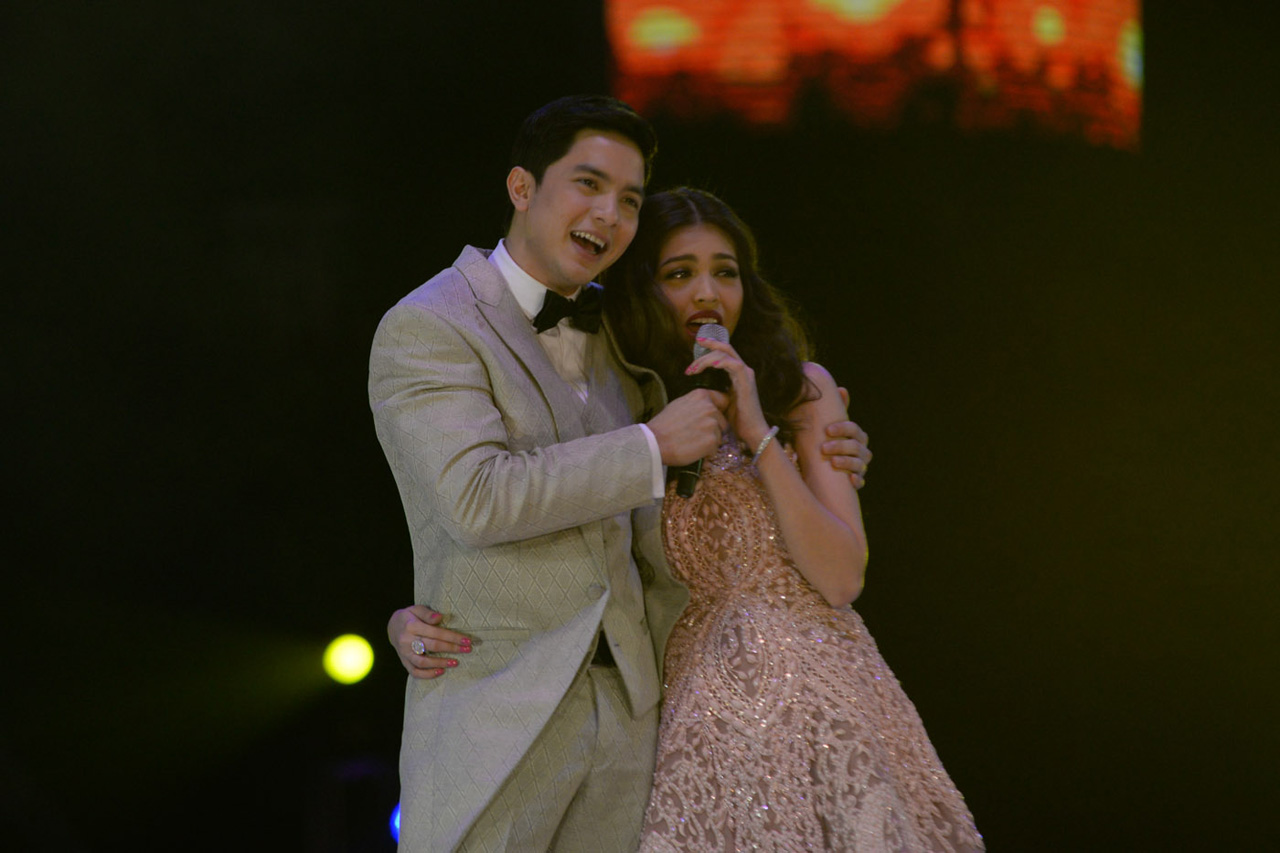 Afterwards, the 3 lolas came out to greet Maine and Alden. Nidora asked Yaya/Maine to speak her mind.

(Alden, thank you. You know, I prayed for this day. That’s also what I want to tell you. God gave me you.)

Alden gave her a huge hug, with Yaya/Maine beaming. 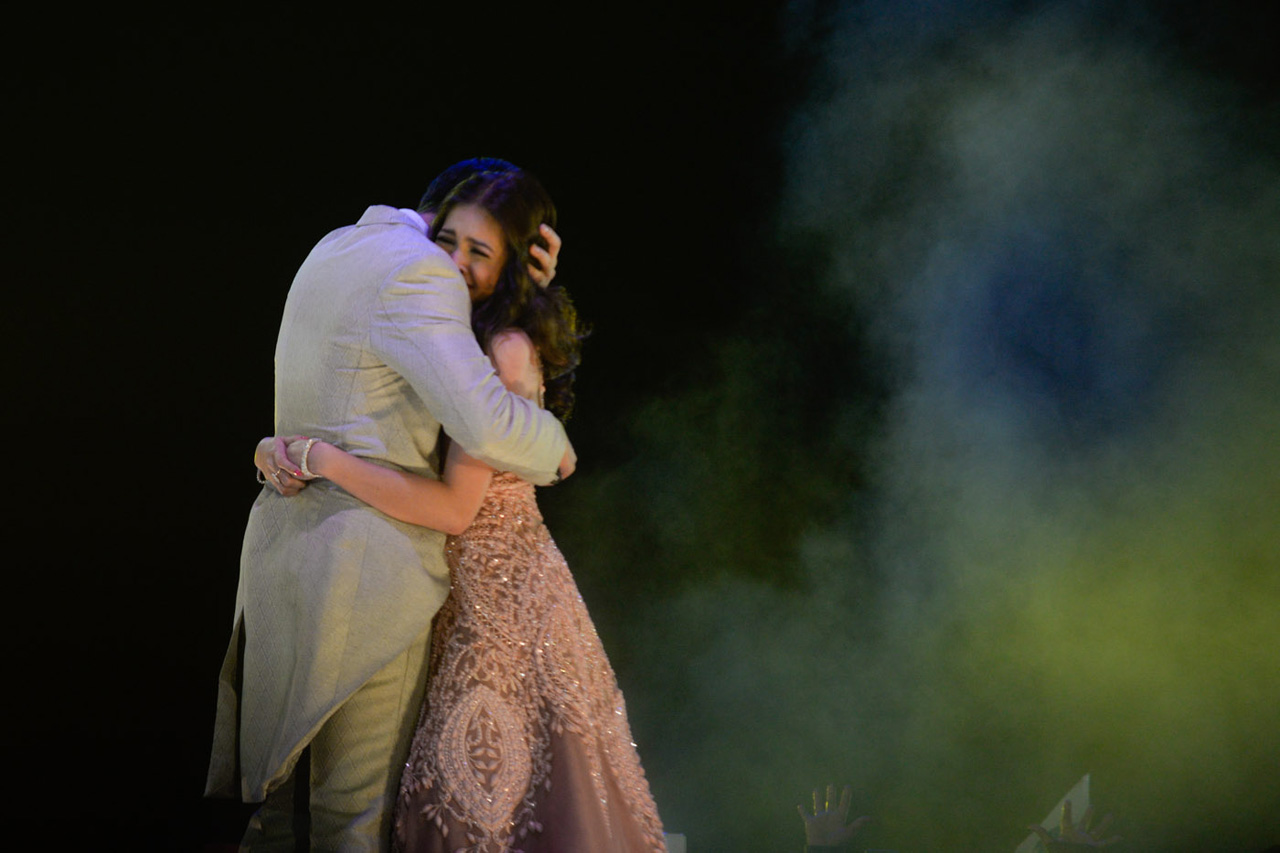 (So much has changed in our lives, so much has happened, but many things won’t change. One of those things: you and me.)

Lola said that she wished Alden and Maine would take time to get to know each other, be friends. She asked them not to betray the trust given them by their lolas.

With that, Alden and Maine formed a hard with their hands, then pinky swore.

Nidora then asked them both to dance. But before that, Alden rushed off to get his gift: just like Cinderella, the perfect pair of shoes for Maine.

And just like that, the lovebirds, in front of their loyal fans, had the dance they’ve finally been waiting for. 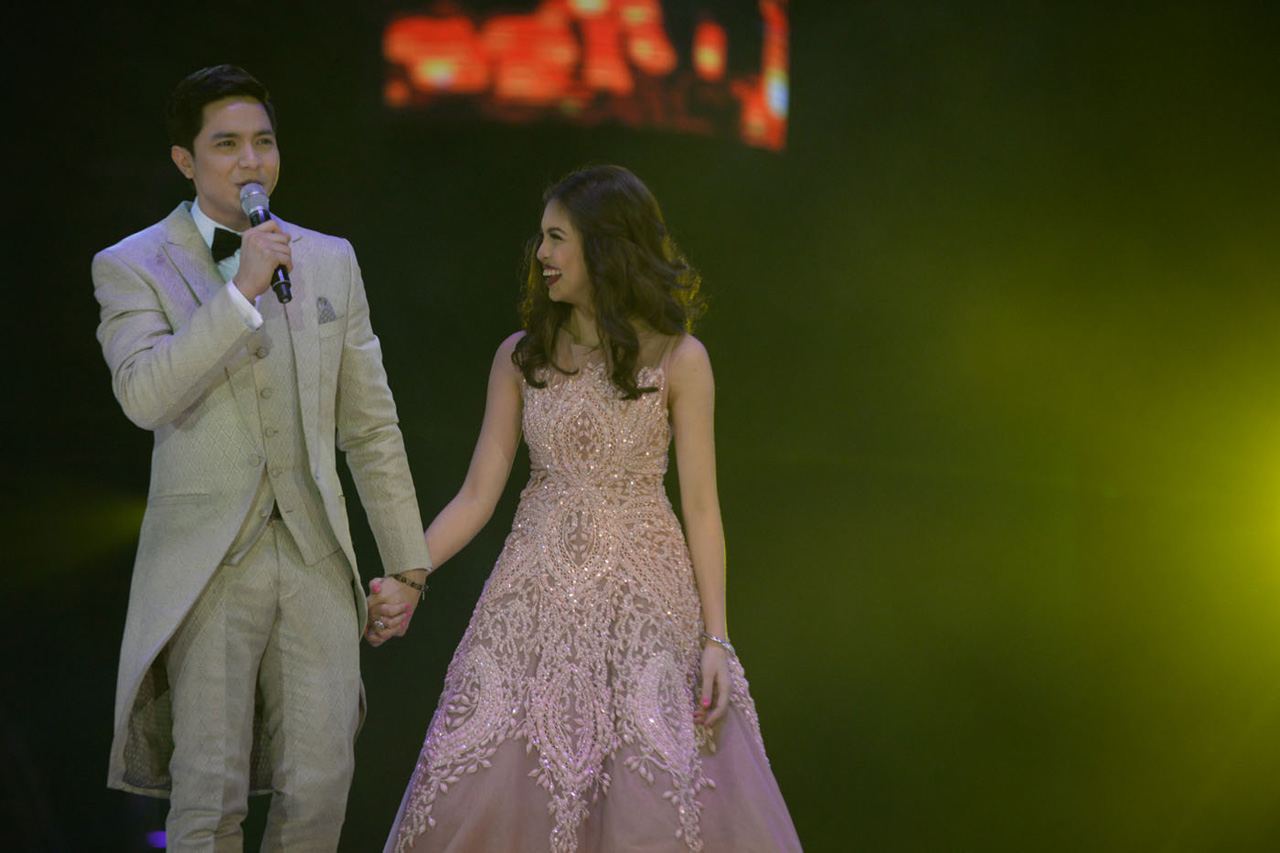 This was followed by a Dubsmash shared by the two, as hosts, fans, media cheered them on.

The show ended with a dance number featuring Yaya Dub, Alden, and the rest of the Eat Bulaga crew. 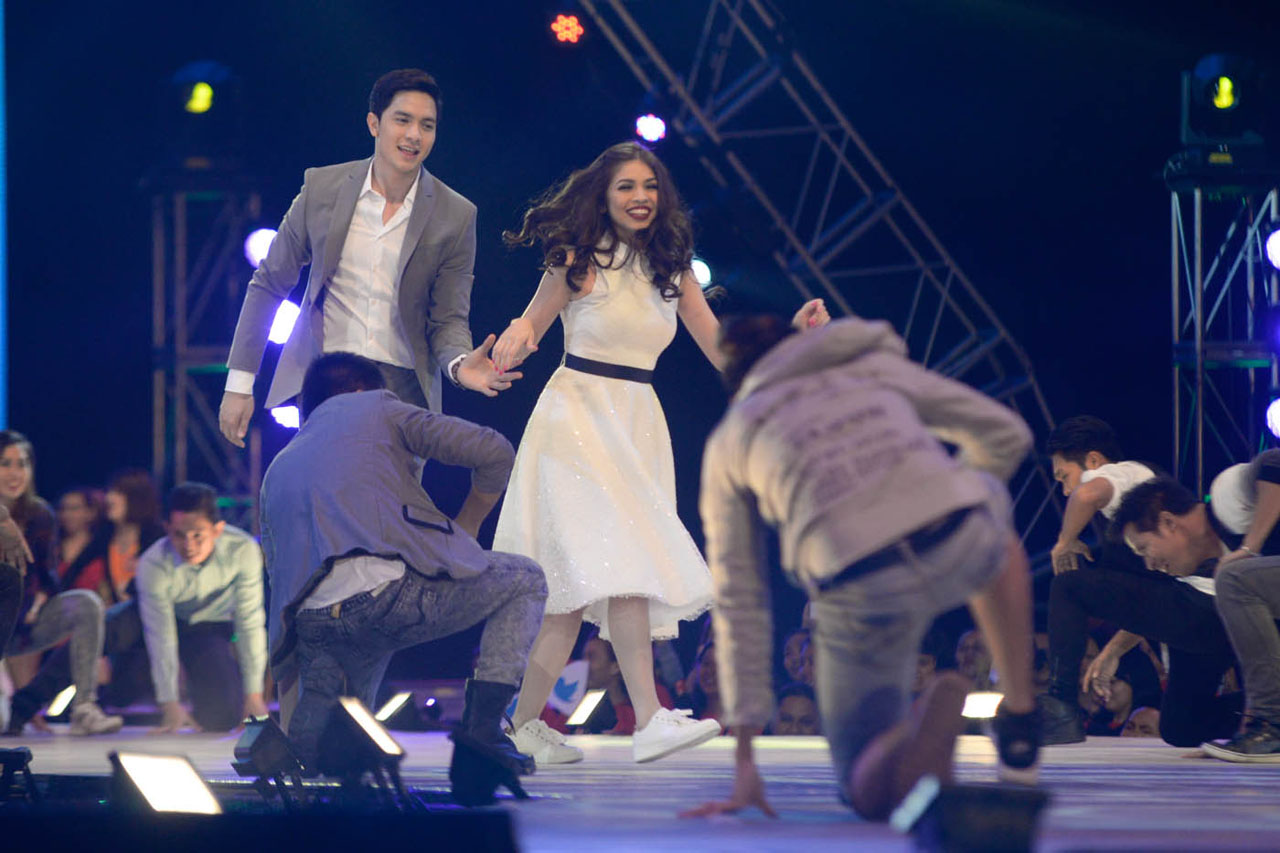 Before the program, a few lucky fans got to participate in some pre-show activities and win special prizes. 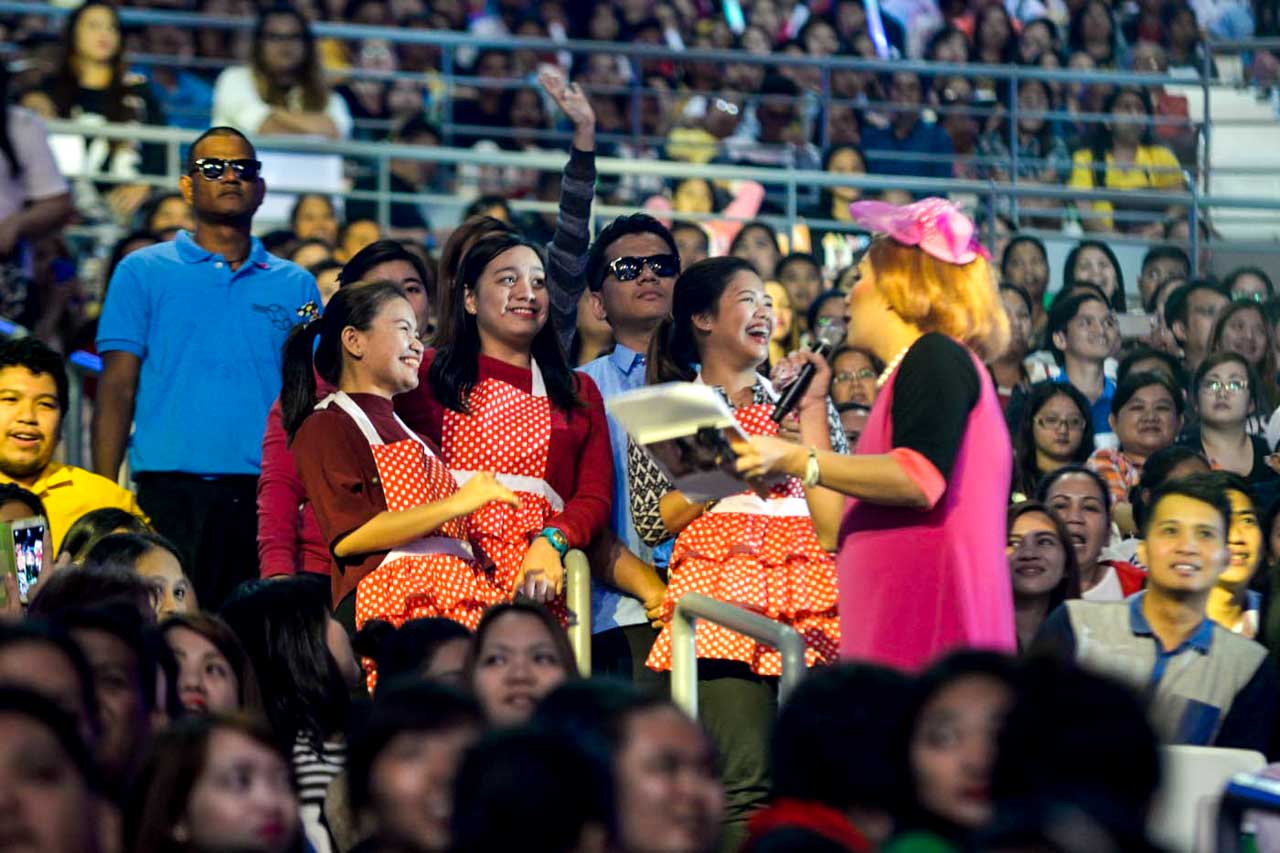 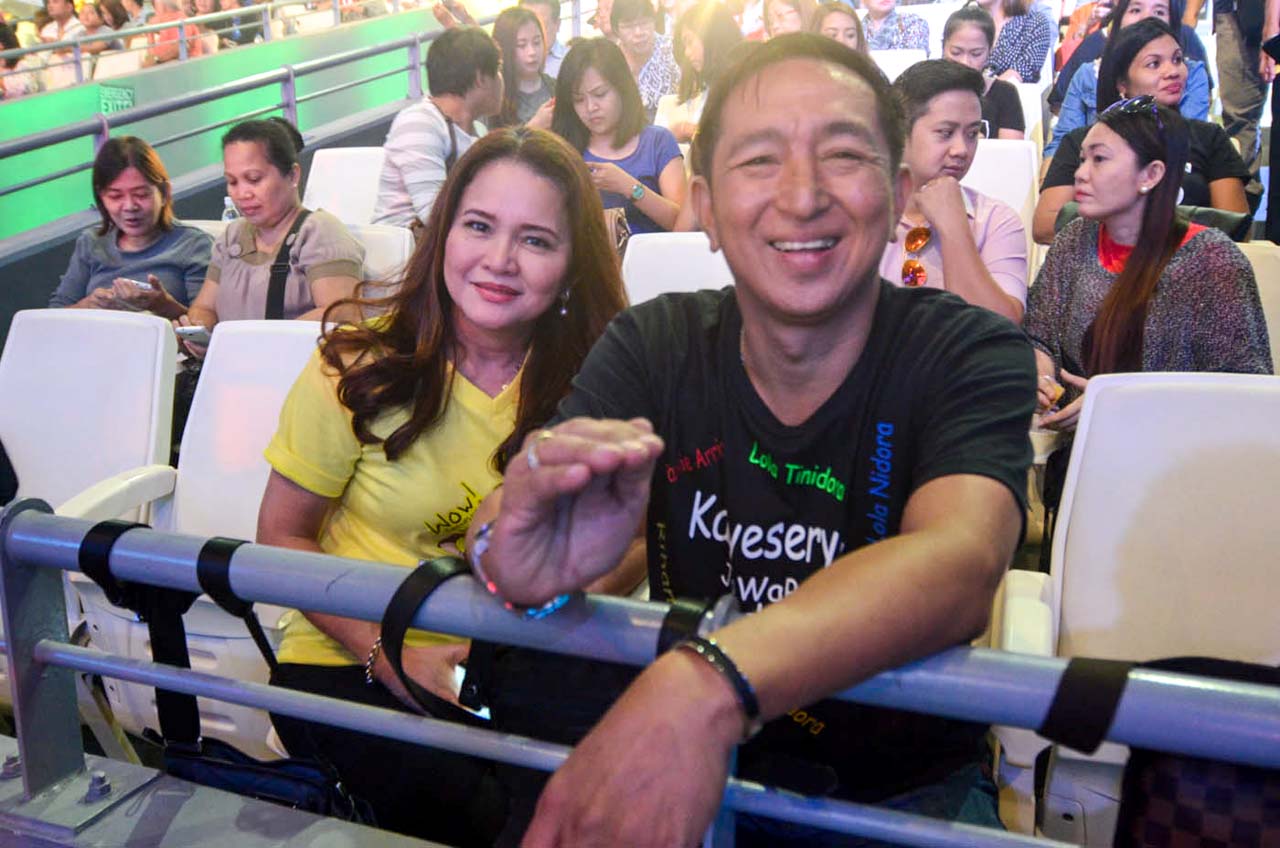 Keep checking back for more photos from AlDub’s huge day! – with reports from Alexa Villano/Rappler.com