Sam Milby on why he did not pursue Maja Salvador, answers ‘bro-zone’ issue with Shaina Magdayao 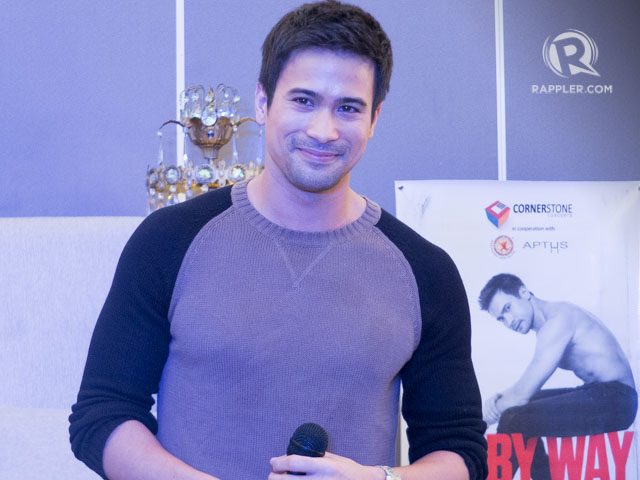 MANILA, Philippines – Sam Milby clarified a report linking him to Maja Salvador, after news came out that he was Maja’s new textmate and possibly her new date.

In an interview with the press for his concert The Milby Way Thursday, October 29, Sam said that he and Maja are friends.

“We’re friends. We have a group, nag-group message. Sometimes iyon lang,” he said.

“She’s a real person and I really admire her as a person,” he added.

He did admit that there was a time he was thinking of pursuing Maja.

“She is someone I wanted to go for before, hindi lang nangyari. (It just did not happen.)

“Nagparamdam ako, (I sent feelers)” Sam shared. “But you could ask anyone, she’s a real person. She thinks about other things, the way she takes care of people.”

As for Shaina Magdayao, Sam said that they are also friends, but admitted to courting her at some point. However, he could not confirm if Shaina did friendzone him. Enchong Dee reportedly shared Shaina “bro-zoned” Sam in an interview on Kris TV.

“I don’t know if it’s bro-zone but yeah we’re just friends lang din. Before. It did not materialize. it would be different if it developed into something, yeah,” he said.

As to whether he was sad the he and Shaina did not get together, Sam said: “I really don’t know if we really gave it enough of a chance to see kung compatible ba kami. So yeah, it didn’t move further.

“I think things happen for a reason and she’s always someone whom I’ve admired talaga. I mean grabe ang puso niya (her heart is amazing.),” Sam said.

Sam said that he’s currently seeing someone who’s not from the entertainment industry. However, he declined to give details, saying they met through friends in social media.

Meanwhile, Sam is gearing up for his upcoming concert entitled The Milby Way at the Kia Theater in Cubao on November 28, as part of his celebration of 10 years in showzbiz. Sam will be accompanied by guests such as Piolo Pascual, Gerald Anderson, KZ Tandingan, Yeng Constantino, John Pratts, Angeline Quinto, Rayver Cruz, Enchong Dee, and more. Sam said that for this concert, he will perform a lot of songs from the ’90s as well as acoustic hits.

“I want songs that the audience will enjoy. There were many songs na my style. Nineties boy kasi ako so I chose songs such as Alanis Morrissette… acoustic is what I’m really comfortable. I love the 90s – the alternative rock, mga grudge rock like Metallica and alternative rock,” he said.

Sam Milby gives a sample of his performance for his upcoming concert this Nov @rapplerdotcom pic.twitter.com/G00Jd8gxtR

Aside from the concert, Sam is also preparing for two soaps, one with Piolo Pascual, Toni Gonzaga, and Jolina Magdangal entitled Written in Our Stars. He also recently starred with Jennylyn Mercado in the movie The Prenup.

With the concert and soaps in his schedule, Sam said he has nothing to ask for, except perhaps more time with his family.

“With all these blessings, I wouldn’t want to ask for more. Ang daming blessings talaga (There have been so many blessings.)…

“The one thing I want more is time with my family. My parents are in the States. They are coming here next month dito sa Pilipinas, and my dad just turned 81. So iyon, it’s just hard if you’re in the States and pupunta sila dito (they’re coming here) and two teleseryes sabay ang gagawin ko, wala masyadong time para sa kanila (I’ll juggle two teleseryes when they’re here so I won’t have time for them).

“So siguro in the future I want to spend more time with my family naman but everything else, sobrang happy ako (I’m really happy),” Sam said.

For tickets to The Milby Way, log on to www.ticknet.com.ph – Rappler.com