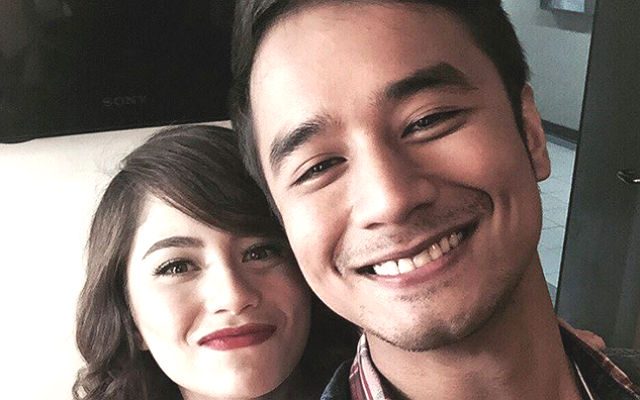 Facebook Twitter Copy URL
Copied
'Wala naman din ako magagawa. If it's not good for the both of us, I'd rather be not in his life for him to be okay,' says Jessy

MANILA, Philippines – Jessy Mendiola confirmed that she and JM de Guzman have broken up.

The actress told the press after a conference held on November 5 that they ended their relationship because they wanted to focus on different priorities.

Jessy and JM were together for two years before breaking up previously. They got back together again in April.

Although Jessy was accepting of the breakup, she was also visibly tearing up when she said, “Wala naman din ako magagawa. (I can’t do anything about it.) If it’s not good for the both of us I’d rather be not in his life for him to be okay.”

(I guess there will be a certain time that I’ll be okay – that I’ll be more okay. I guess right now it’s better – it’s God’s way fo saying, ‘You have to prioritize other things more than this.’ So I’m there, I’m just going with the flow of what’s happening to us, there are really things that, right, when people say it isn’t for you, don’t force it.)

However, the actress doesn’t blame JM for the end of their relationship. She had nothing but praise for JM when she spoke to the press. “Sobrang bait niyang tao (He’s a very good person), he has a good heart, so wala talaga akong masasabi sa kanya (so I can’t really say anything about him).”

Later, she added, “He’s an amazing person. He’s very amazing. he’s very talented, he’s very loving and passionate. And I think why I fell in love with him. He’s a very passionate person.”

At the moment, Jessy said that the two are still friends and still talk. She admitted that she misses him. But on the possibility of them getting back together, she said, “I don’t know. I really don’t know. I don’t want to answer na parang alam ko lahat (like I know everything), but I don’t.”

In September, Jessy defended herself and JM from people online who were saying that she and JM had broken up, telling their critics to stop and that they didn’t know what the couple was going through.

Last September 10, reports surfaced that Jessy was disrepected by actor Enrique Gil, who was drunk during a flight to London for an ASAP 20 show. The said incident prompted actor Luis Manzano to confront Enrique, who apologized for his behavior in a TV Patrol interview, appearing with screen partner Liza Soberano.

Actors Jake Cuenca and Paulo Avelino, who were said to have given Enrique alcohol on the flight, denied they had anything to do with the incident. Both have said they were resting at that time. Luis’ manager June Rufino confirmed a confrontation did happen, but was resolved.

Jessy’s mom Didith Garvida also defended her daughter, saying that Jessy was hurt by the issue against her but will be behind her no matter what.