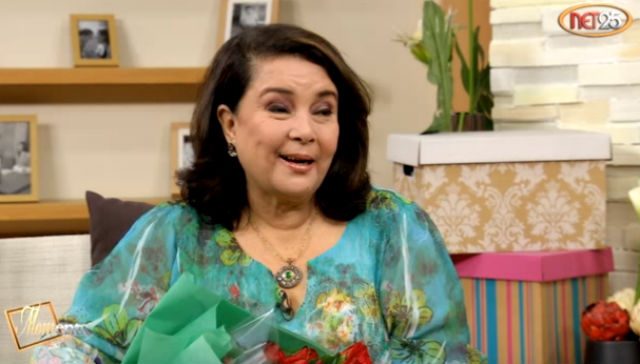 MANILA, Philippines – The grandchildren of veteran actress Amalia Fuentes confirmed news that she suffered a stroke while on vacation in Korea last October.

According to the statement sent to Pep by Amalia’s grandchildren, siblings Alyanna, Alfonso, and Alissa Martinez, their grandmother suffered an ischemic stroke last October 9. The 3 are children of Amalia’s late daughter Liezl Martinez, who died last March after battling breast cancer.

“It is with deep sadness that we, the grandchildren of Amalia Fuentes, are confirming that she had suffered an ischemic stroke on October 9, while on vacation in South Korea,” read the statement, which went on to say that a friend had found her in her room. She was rushed to the hospital and had to stay in the intensive care unit.

Amalia traveled back to Manila last October 27. The siblings also said that Amalia will continue to rest and will start therapy soon.

“We, her grandchildren, and the rest of the Muhlach family, appeal to her friends, fans and the general public for prayers for her immediate and full recovery,” they said.

Amalia was in the news early this year, after she said that she was left out in the preparations for her late daughter’s funeral. She also accused her son-in-law actor Albert Martinez for not reprimanding Alyanna and Alfonso, saying they were disrespectful to her. Albert has not spoken on the issue. – Rappler.com