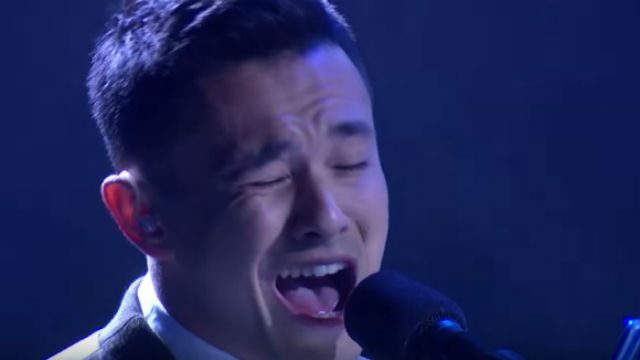 MANILA, Philippines – Filipino-Australian Cyrus Villanueva made it to the Top 4 of X-Factor Australia on Tuesday, November 10.

For his Top 5 performance, Cyrus impressed the judges and the audience with his rendition of Ellie Goulding’s “Love Me Like You Do.”

“You are definitely a force to be reckoned with,” said judge Guy Sebastian.
“We’re only two weeks away from the final and I think you did everything you need to do to be there, I hope you’re there, you deserve to be there,” he added.

“Cyrus you’re a singer, you’re a musician, you’re a talent. I turned around and not only was everyone standing up, but there were people crying as well,” said judge and singer Dannii Minogue.

After the Final 4 for the season was announced, Cyrus sent out this tweet to Mahalia Simpson. Mahalia was the one voted off the Top 5 this week.

A huge shoutout to @mahalia_92, who is the most beautiful and sweetest person I've ever met. This is just the beginning! #xfactorau

Are you rooting for Cyrus to win the competition? Tell us in the comments below! – Rappler.com