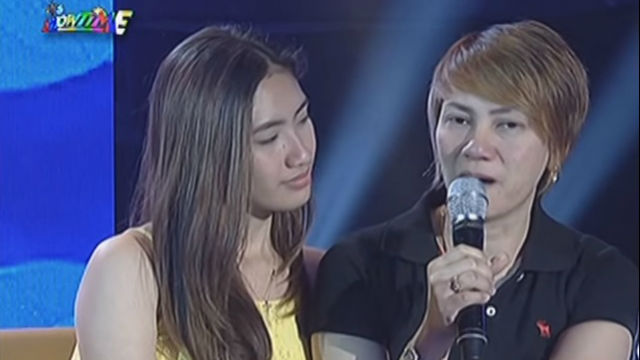 According to the official police report, Teresa was eating at a restaurant in Caloocan with one of her daughters when a man appeared and shot her. The incident was caught on CCTV.

Teresa was 43, and was the Kagawad of Barangay 127 in Caloocan City.

Police said that the suspect was wearing a hat, a denim jacket and was about 5’4” tall. He escaped on a motorcycle.

A report by ABS-CBN cited a relative, Tumping Fabian, as saying that Teresa had been receiving death threats. The investigation is ongoing.

On December 1, Senior Superintendent Bart Bustamante told Rappler that Teresa preferred to use her maiden name, rather than Maria Teresa Santos Hernandez-Yap.

Angelica Jane Yap was known for her viral video where she explained how to make pastillas (soft milk candy) while expressing her bitterness of her ex-boyfriend. Mom Teresa has sometimes also appeared on Showtime to support her daughter.