Mariel Rodriguez-Padilla opens up about her two miscarriages

Dec 2, 2015 12:25 PM PHT
Rappler.com
Facebook Twitter Copy URL
Copied
'I was really going to lose it already. I was about to go dark, I was bitter, I was not in a good place,' Mariel says of her painful miscarriage 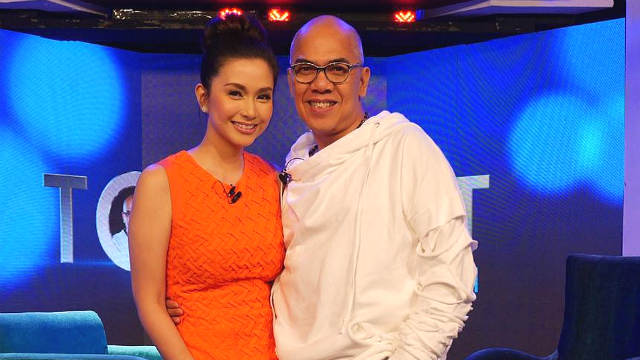 MANILA, Philippines – Since going through the heartbreaking experience of two miscarriages, Mariel Rodriguez-Padilla opened up about what she went through in an interview with Boy Abunda, Monday, November 30.

In the interview, Mariel recalled her first miscarriage last March, speaking about how she handled the situation:

“With what I’ve been through Tito Boy, I can say that I’ve been through different levels of pain. So I dealt with it differently each time. The first time…that one, I thought it was the most painful thing ever that has happened to me. Because finally when I was ready, when I decided that I want to have a baby, then it happened. Iyon pala hindi pa iyon yun pinakamasakit (But it turns out, that’s not the most painful yet) ,” she said.

Mariel said she was very grateful that husband Robin Padilla was there for her as she struggled to cope with the sad news.

“Hindi ako sinuwerte na magkaroon ng anak ngayon pero sobra akong suwerte sa asawa,” Mariel said as she became emotional. (I may not be lucky when it comes to having a child, but I’m lucky to have a supportive husband.)

“Sobra niya akong inalagaan (He really took care of me) most especially the second time it happened,” she said referring to the second miscarriage in August.

Happy happy birthday babe @robinhoodpadilla i just want you to be happy. that's all i want in this world. i love you thank you for being the best husband. (photo was taken in Austria September 19-22)

“This one was even more [painful] because I had multiple pregnancies…it was either twins versus triplets. Sabi ko ‘wow, siguro dahil nagka-miscarriage ako, kaya pinalitan ni God.’ Ito na iyon. Or kung may mawawala man, may isa among matitira.’ (I said ‘wow, because I had a miscarriage, I guess this is God’s new gift. This is it. Or if ever one is gone, one will remain.) I had one with a heartbeat Tito Boy. So I was really hoping.

“And then I lose the heartbeat. So iyon talaga, nag breakdown na ako doon (So on that, I really was breaking down) Tito Boy. I was really going to lose it already. I was about to go dark, I was bitter, I was not in a good place. And then Robin took me out of the country and he reassured me that the world would be okay even if it was just the two of us.  He was able to make something bad positive, na feel ko blessed pa din ako Tito Boy,” Mariel said as she wiped her tears.

Mariel said that at this point, she has learned to accept already that having a child is not yet for her. (READ: Mariel Rodriguez-Padilla enters ‘PBB 737’ house)

“Kung may nangyayari sa life ko, palagi na akong nagpapasalamat kay God at hindi ako ma-God. So, mas naa-appreciate ko talaga. Malaki yung naging impact niya sa akin.” (If there’s anything that’s happening in my life, I should always thank God. And I’m not really religious, so I really appreciate it. It had a huge impact on my life.)

Two weeks ago, Mariel had a dilation and curettage procedure. She said it took a while because she was hoping for a miracle. However, she decided to finally let it go.

going home today after 5days! we finally let them go after 19weeks of praying for a miracle. God has bigger plans for us i love you @robinhoodpadilla you are all i need. thank you for taking care of me… taking care of us. #acceptance #byebabies

Despite what she has been through, Mariel said she is learning to be positive again.