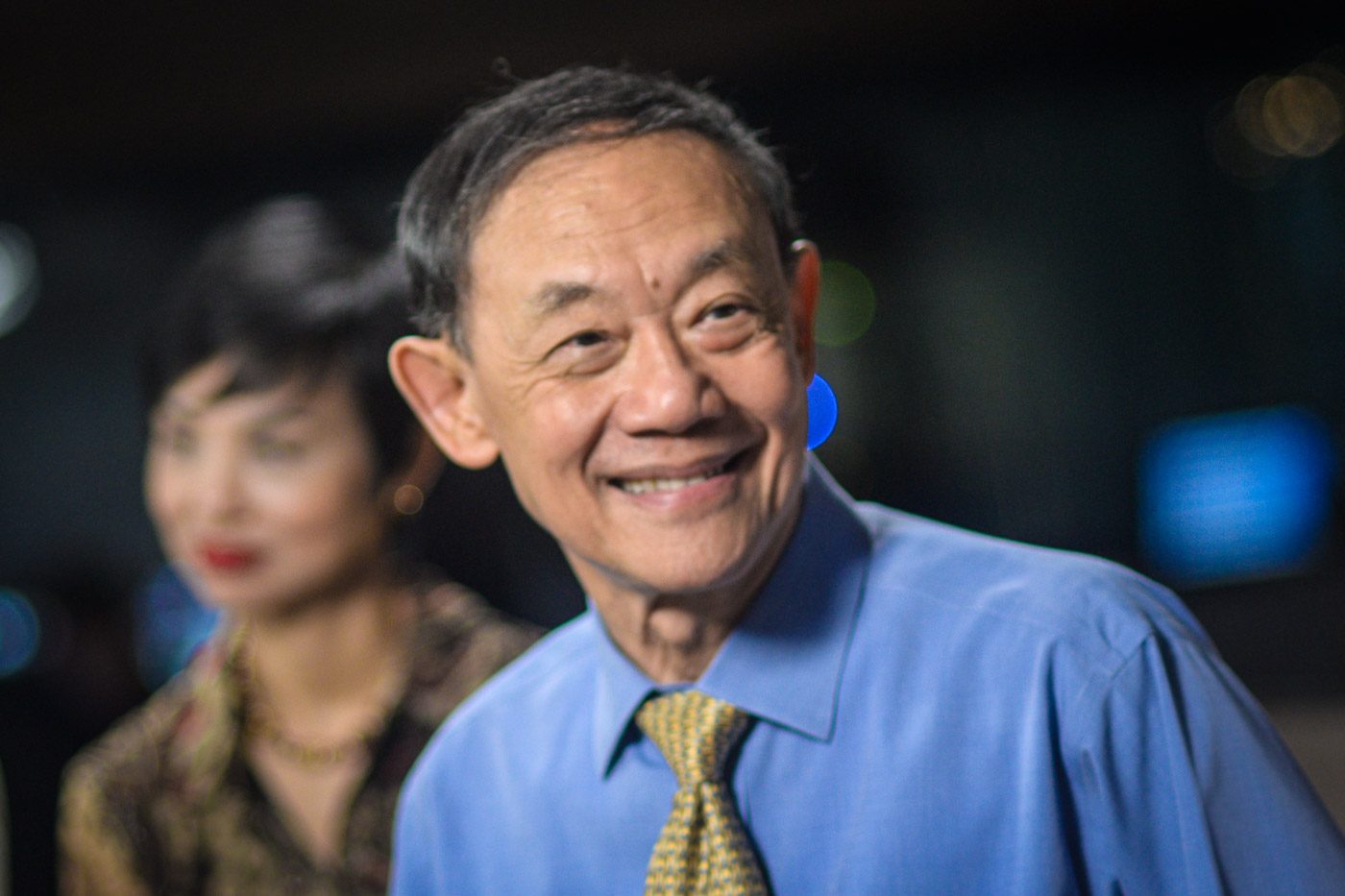 Facebook Twitter Copy URL
Copied
When the Christmas season rolls around, you'll most certainly hear 'Christmas In Our Hearts' and 'Perfect Christmas' playing everywhere. Jose Mari Chan tells the story behind the making of the two iconic holiday hits

MANILA, Philippines – Jose Mari Chan is more than happy to be called the King of Christmas Carols. This season, the veteran singer-songwriter has been holding nightly concerts even before the holidays, serenading the fans with his unforgettable hits.

He shared that although he wanted to perform some of his new songs, he always ends up singing the classics.

“I want to sing new songs, I have many many new compositions but [the response is] usually just half-hearted. I always want to perform new songs para hindi magsawa yung mga tao (so people won’t get tired of my music) but no e, they still prefer the old ones, like ‘Deep In My Heart.’”

In an interview with the singer at the press conference for Jack Jones Live in Manila concert last December 9, the singer shared that he, himself, was surprised at how his songs were able to stand the test of time.

More than two decades since he released his first Christmas album, his songs “A Perfect Christmas” and “Christmas in Our Hearts” remain two of the most beloved Christmas songs of today.

“It’s so heartwarming because when you start with the song they start singing along. You wonder how they know these lyrics, cause [some in the audience] look very young.”

Jomari shared that it was actually Bella Tan, the late managing director of Universal Records, who encouraged him to come up with a Christmas album following the success of Constant Change, which reached double diamond status.

Jomari said that before “Christmas In Our Hearts” was a mega hit, he was only given a few months to compose an orginal song for the album he was making. He then decided to use a melody he had composed a few years back for the song.

“I had a friend from Assumption and her class was celebrating the silver Jubilee. She called me one day and showed me a complete poem in Tagalog, Ang Tubig ay Buhay, and asked if I could set the music. They sang it, it’s very catchy. After that, we shelved the song.”

“Then later, I thought of the melody, sayang naman. It would die a natural death kasi no one would know. I took out the melody and said to myself I’m going to set this into a Christmas song. So I pray to the Holy Spirit, sabi ko, ‘Please inspire me to write a Christmas song.’”

The singer then shared how he met Rina Chan, who helped him compose the lyrics for “Christmas In Our Hearts.”

“One Sunday, as we were coming out of the church, there was a young lady who approached the car, she told me her name and asked if she can give me her card. She said that she is a budding songwriter and it is her dream to collaborate with me. I said, ‘Okay, I’ll call you.’”

“Many people have given me their number but nothing ever happened cause I am my own singer songwriter. But I kept the card and then one day, I thought, ‘Why don’t I call her? Maybe she has a fresh idea for a Christmas song. So she went to our house, I played the melody for her. She liked it and then we collaborated. She wrote lyrics, I rewrite, rephrase [them] and wrote my own too.”

After writing “Christmas in Our Hearts,” he first offered it to Lea Salonga. She, however, had to decline as her record label did not want her to do a song under a different company.

“That was the year of the Miss Saigon. I sent her the song, she liked it. Except that OctoArts, which was her recording label, did not want her to cross labels with Universal.”

He then asked stage actress Monique Wilson to do the duet but due to unforeseen circumstances, she was not able to do it. His then 19-year-old daughter Liza ended up singing the song with him.

“I went to her room, she was cramming for her exams that time. I told her, ‘Please can you learn this song? It’s a Christmas song I wrote and we have to record it tomorrow.’”

“We recorded it the next day and it turned out even better, father and daughter singing a Christmas song. Never been done before. I knew that the hand of the Holy Spirit was there from the beginning to end.”

When he showed Bella Tan his composition, she said that she had second thoughts about it becoming a hit, explaining that it sounded more of a Christian song. This led him to compose another song, “A Perfect Christmas.”

“When I let her hear it, she said ,’Ayun, that’s the one.’ ‘Yun ang magiging (That will be the) hit. No mention of Jesus, just romantic. But when we had a presscon, we invited journalists and even DJs, ang pinili nila (what they chose) is ‘Christmas in Our Hearts.’ She couldn’t believe it.”

Jose Mari Chan, alongside Gerphil Flores, will be one of Jack Jones’ special guests in his upcoming concert this December 29 and 30 at the Kia Theatre in Araneta.

For the first time, the two will be sharing the same stage, as they perform the Grammy winner’s hit song, “Wives and Lovers.”

“I’ve always admired him. I’m looking forward to it, very excited,” he said.

Part of the proceeds of the concert will be donated to Kaagapay ng Tagapagligtas Inc., a non-stock, non-profit organization dedicated to raising funds for the benefit of the orphans and dependents of SAF 44. – Rappler.com