IN PHOTOS: Joshua Jackson’s trip to the Philippines 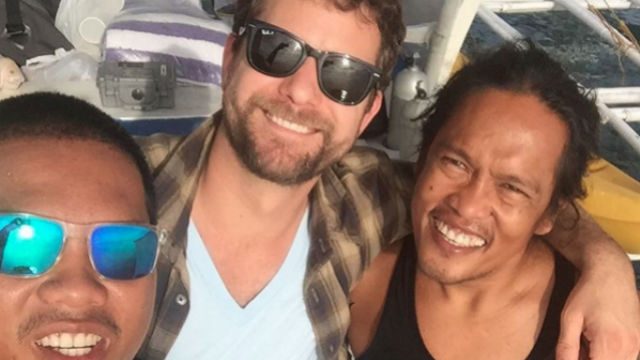 The actor first posted on Instagram that he was in Manila on Saturday, December 12, before making his way to Dumaguete, then Apo Island.

Joshua has been documenting his stay on Instagram, posting photos of Manila’s buildings, and then photos of the ocean and a market in Dumaguete. He’s also gone diving in Apo Island.

Ducks fans in Manila!! Maybe this is the D4 squad?

Home sweet home for the next couple days.

#YEARSproject crew going all superhero in the dumaguete market.

#YEARSproject. So dramatic this morning.

Back from diving Apo island reef. #YEARSproject squad(some of em) keeping us safe in the water.

Years of Living Dangerously is a documentary TV series on National Geographic, where celebrities and and well-known journalists travel to places in the world affected by global warming. The show won an Emmy award in 2014, in the “Outstanding Non-fiction Series” category.

Aside from his popular role on Fringe and as Pacey on Dawson’s Creek, Joshua is also known for playing Charlie Conway in The Mighty Ducks movies.

Which places in the Philippines do you think Joshua should visit? Tell us in the comments below! – Rappler.com