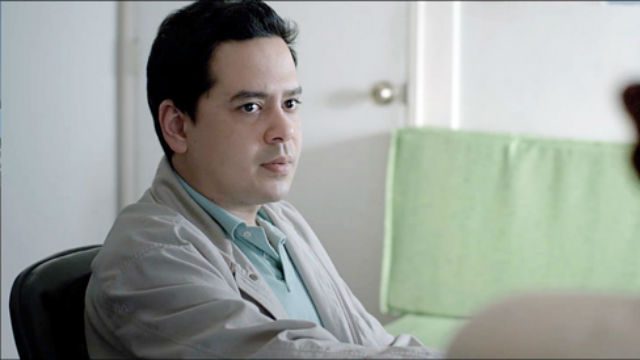 On Sunday, December 27, the MMFF secretariat sent an email to Rappler, saying that Honor Thy Father producer Ronald “Dondon” Monteverde wrote the Executive Committee of MMFF on October 22, saying that the movie had complied with all the festival’s rules.

Monteverde, they said, did not mention the film’s inclusion in another film festival at that time. It was because of this that Honor Thy Father was included in the MMFF.

In an updated statement from the MMFF Executive Committee sent on Sunday, December 27, they added that they only received word on November 6 of Honor Thy Father‘s inclusion in the Cinema One (C1) Originals Film Festival.

They said, “This was only officially revealed to the MMFF through their letter dated November 5, 2015, received on November 6, 2015, only two days before the showing, not giving the MMFF enough time to deliberate on the matter.”

They added: “After a thorough, lengthy, and careful deliberation, the MMFF decided to impose the lightest sanction of disqualifying Honor Thy Father from the selection as festival awardee for only the Best Picture category. MMFF could have imposed stiffer sanctions to the film, such as disqualification from all the awards or total disqualification from the festival altogether.

“Lest it be forgotten, being included in the MMFF also comes with responsibilities. An official entry is expected to uphold and observe the rules of the festival.”

In his December 26 statement regarding the disqualification, Monteverde showed two letters that informed the MMFF about Honor Thy Father’s inclusion as the opening film in the C1 Originals festival. The letters are dated November 4 and 5.

The letters also certified that the C1 Originals festival screening did not generate revenue, and was by invitation only.

Monteverde said, “We complied with all the MMFF’s requirements; we did not commit any non-disclosure of any kind; no MMFF rule was ever violated by Honor Thy Father.”

In their first email on December 27, the MMFF also sent a copy of the rule that Honor Thy Father broke, the same one that Monteverde cited in his statement.

The rule says, “An entry film shall not have been, in any way, commercially exhibited here and/or abroad.”

The MMFF said that the reason for the disqualification was Honor Thy Father‘s October 27 non-disclosure of their participation in the other festival.

The MMFF’s first statement also answered one of Monteverde’s questions in his December 26 statement: “Why disqualify the movie only from the Best Picture category and not all categories?”

MMFF wrote, “[The Executive Committee’s decision] was further ratified not to impose full disqualification of the entry from all major awards, but only the mildest sanction to the party responsible (Producer) if only to emphasize and send a clear message to all participating producers on the need of compliance to the MMFF rules.”

Honor Thy Father was directed by Erik Matti and stars John Lloyd Cruz. It was also screened at the Toronto International Film Festival in September.

The movie is about a couple, Edgar (John Lloyd Cruz) and Kaye (Meryll Soriano), who must pay their debt to Kaye’s co-parishioners, because of fear the parishioners would hurt their daughter. – Rappler.com