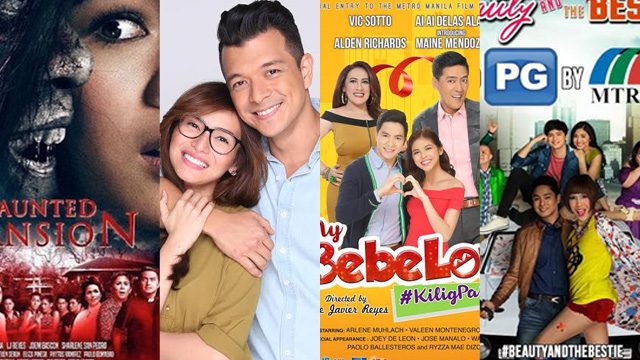 In no particular order, the movies My Bebe Love, Beauty and the Bestie, Haunted Mansion, and Walang Forever are still the 4 in the lead. (READ: MMFF 2015 movies hit P271 million mark)

The other movies in the festival are All You Need is Pag-Ibig, Honor Thy Father, Nilalang, and Buy Now, Die Later.

Specific figures for each film have yet to be disclosed.

The festival kicked off on December 23 with the annual Parade of Stars. The awards night was held on December 27, with Walang Forever taking home the most number of awards.

The Metro Manila Film Festival will run until January 7. – Rappler.com