WATCH: What would ‘Inside Out’ be like without Riley’s emotions?

Jan 3, 2016 9:38 PM PHT
Rappler.com
Facebook Twitter Copy URL
Copied
Vimeo user Jordan Hanzon cuts out the inside parts from Pixar's 'Inside Out' and gives us 'Inside Out: Outside Edition' 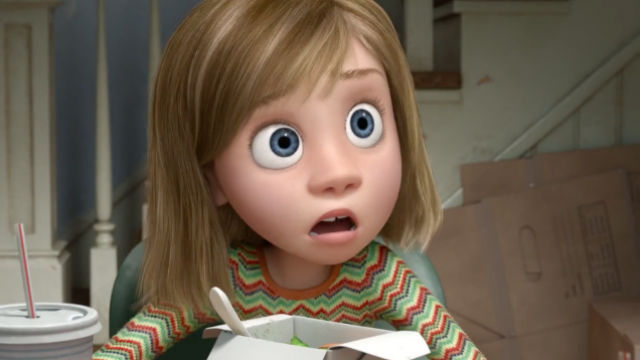 MANILA, Philippines – Pixar’s Inside Out revolves around Riley and her emotions’ adventures inside her mind. But does Inside Out still work even without those 5 lovable characters and their reactions to the situations Riley finds herself in?

We find out in “Inside Out: Outside Edition,” a video made by Jordan Hanzon, which was posted on Vimeo on Friday, January 1. (WATCH: Preview of the ‘Inside Out’ short, ‘Riley’s First Date?’)

Jordan, a film student at the University of Utah, cut out all the “inside” scenes from Inside Out, at the request of someone from Reddit. (WATCH: ‘Inside Out’ emotions react to ‘Star Wars: Force Awakens’ trailer)

The result is Riley and her parents’ story, and the 15-minute clip is just as touching as the full-length movie.

Without Riley’s – or her parents’ – emotions to explain what’s going on inside their heads, their words, actions, and facial expressions speak for themselves.

Viewers still get a feel of Riley’s full range of emotions – her joy, sadness, anger, disgust, and fear – as she grows up and moves away from home.

Inside Out was released in the Philippines in August 2015, and follows Riley’s 5 personified emotions as they deal with her family’s move.

What did you think of “Inside Out: Outside Edition”? Let us know in the comments! – Rappler.com