Jan 4, 2016 5:10 PM PHT
Rappler.com
Facebook Twitter Copy URL
Copied
'Again, thank you so much for last night, my bombshell girlfriend. I enjoyed every minute of it! I LOVE YOU!!!' reads Claudine's note from the late Rico Yan 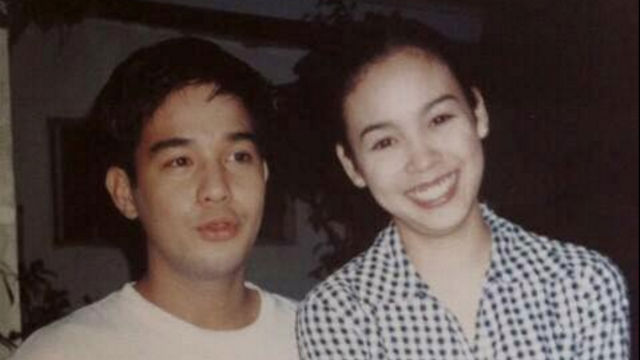 In the first note, Rico apologized to Claudine, saying: “Baby, I’m so sorry that I couldn’t wait for you to arrive. Medyo may problem si Miguel (Miguel has a problem), and he needs to talk to me.

“So if it’s okay with you, wait for me na lang by mga 12 nn. I don’t suppose it’ll take that long naman eh.

“In the meantime, try watching this disc. I’m sure you’ll like it. I also left the arroz caldo (porridge) in.”

The note is written on personalized stationery with Rico’s name on it.

The second note is dated July 18, 1999. It reads, “Dear Pumpkin, hi there! I went ahead na. I wanted to wake you up to say goodbye to you personally, but I guess the wine was a bit too strong for you. So instead, I wrote you this note.

“Thank you for the wonderful dinner – I had such a great time!! And you were right (again!) – the movie was nice. I sincerely hope that we could do this more often.

“Enjoy your sleep – I know you’re tired and you need to rest.

“So just call me when you wake up ok? And I’ll see ya tonight.

“Again, thank you so much for last night, my bombshell girlfriend. I enjoyed every minute of it!

In her captions on the two posts, Claudine said she had promised to post these notes for her fans. “Only to make [Rico Yan]’s fans happy,” she added on her January 4 post.

On December 27, Claudine posted the first of these notes, along with a polaroid picture of the former couple.

Rico died on March 29, 2002 due to hemorrhagic pancreatitis while on vacation at Dos Palmas Resort in Palawan. He and Claudine were considered one of the top 90s love teams.

Claudine went on to marry actor Raymart Santiago in 2006, but they separated in 2013 after Claudine accused him of physical violence. The two have said they are being civil for their two children, but will not get back together. (READ: Raymart Santiago says no second chance for him and Claudine)

After taking a break from movies and TV in 2012, Claudine starred in Etiquette for Mistresses in 2015 with Kris Aquino, Kim Chiu, Iza Calzado, and Cheena Crab.

Tell us what you think of Claudine’s notes from Rico Yan in the comments! – Rappler.com