Madonna’s Singapore concert is for adults only 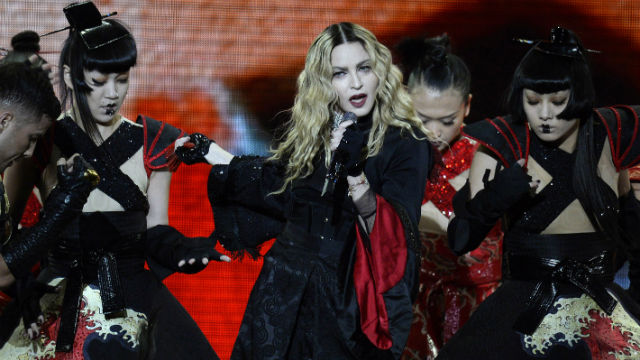 “Please note that this concert is rated ‘R18’ with the consumer advisory on ‘Sexual References.’ Only those above 18 years of age will be permitted into the venue,” it said on its Facebook page.

Concerts and other forms of public entertainment are classified by the Media Development Authority, which also regulates the film and broadcast industries.

Affluent Singapore, often ridiculed as a “nanny state” for its tradition of social control, has eased censorship in recent years and become an Asian entertainment hub. But the authorities say its population is still largely conservative.

Madonna is set to hold her two Manila concerts for the Rebel Heart Tour on February 24 and 25 at the Mall of Asia Arena. – Rappler.com