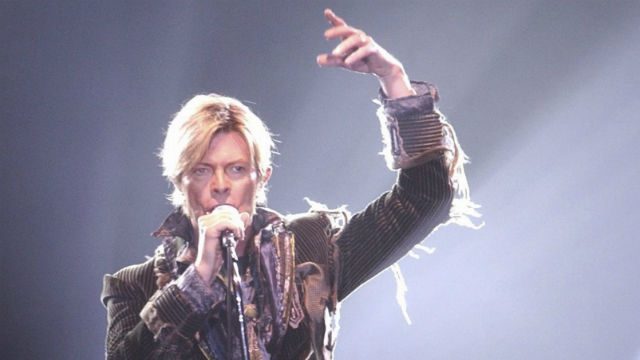 MANILA, Philippines  (UPDATED)– Following the announcement of David Bowie’s death, celebrities took to social media to express their condolences for one of Britain’s legendary singers.

Over here on E Street, we’re feeling the great loss of David Bowie. David was a visionary artist and an early supporter…

MESSAGE FROM IGGY: "David’s friendship was the light of my life. I never met such a brilliant person. He was the best there is. – Iggy Pop"

As well as being a wonderful and kind man, he was an extraordinary artist, and a true original. 2/2 #DavidBowie

David Bowie was a true innovator, a true creative. May he rest in peace  #RIPDavidBowie

David Bowie was one of my most important inspirations, so fearless, so creative, he gave us magic for a lifetime.

Ricky Gervais, who just wrapped up his hosting duties for the 2016 Golden Globes, posted this on Twitter.

RIP David . I loved your music. I loved you. One of the greatest performance artists to have ever lived. #sorrow

Rest in Peace, David Bowie. You've had such an impact on modern music & musicians across the planet. #RIPDavidBowie https://t.co/Ji8bfvvQre

RIP, David Bowie. Sigh… there were reports that this was a hoax, but apparently it isn't.

RIP David Bowie, my love to Iman . He was a legend in music , fashion and a true inspira… https://t.co/yEUoyvTxvI pic.twitter.com/rHdvphFeGj

I grew up listening to and watching the pop genius David Bowie. He was a master of re-invention, who kept getting it right. A huge loss.

He never seemed of this earth. Now he's left it. He bent rules, gender, genres, and our minds. RIP David Bowie. One. Of. A. Kind.

RIP. There will only ever be 1 David Bowie. We love you.  pic.twitter.com/P9KfRmj7yZ

David Bowie has been my musical north star my entire life. This hurts even more for people close to me. He will NEVER be surpassed, never.

On Sunday, January 10 (Monday, January 11 in Manila), David succumbed to cancer at the age of 69. His death was announced on his social media accounts. His son Duncan also confirmed the news.

“David Bowie died peacefully today surrounded by his family after a courageous 18 month battle with cancer. While many of you will share in this loss, we ask that you respect the family’s privacy during their time of grief,” the statement read.

Known as one of Britain’s iconic artists, David rose to fame with songs such as “Fame, “Let’s Dance,” “Space Oddity,” and more. Last January 8, his 69th birthday and just a couple of days before his death, David released the album Blackstar.

David is married to supermodel Iman, with whom he has a daughter. – Rappler.com