MANILA, Philippines – After the success of Forevermore, and their two movies Just The Way You Are and Everyday I Love You, Enrique Gil and Liza Soberano are back on primetime with a new show called Dolce Amore.

With a star-studded cast also led by Cherie Gil, Matteo Guidicelli, Rio Locsin, Kean Cipriano, and director Bobot Mortiz, there’s a lot for fans of LizQuen to look forward to.

In Dolce Amore, Liza is Serena, a wealthy young lady who grew up in Italy and longs to live a simple life.  Enrique is Tenten, an orphan who grew up in the company of a simple but loving family who tries to make ends meet for them. When their worlds collide, sparks fly – but how will their story end?

Here are some fun facts about the show:

1. Dolce Amore was shot partly in Italy.  Last year, Liza, Cherie, Matteo, and some of the cast flew to Italy to shoot scenes for the new drama.

“I got to go to the Vatican and I got to pass through the Holy Door,” Liza added.

Liza also shared that she, Matteo, Cherie ate in a restaurant in Bologna, Italy and the owner took a photo of them, which is now on the wall of the restaurant. Liza was also featured in an Italian newspaper, as posted on Instagram by Ogie Diaz. “Nagkikita lagi kami (We see each other often),“ Enrique said of Matteo.

3. Dolce Amore is Cherie Gil’s second project with Enrique. This is not the first time Cherie and Enrique worked together in a teleserye. The two were part of the show Muling Buksan Ang Puso, where they played mother and son. Asked how it felt to work together again with Enrique, Cherie said: “Here we go… and of course Liza, I haven’t had a chance to meet. It was a fresh name to me in fact.”

According to Cherie, prior to the Italy shoot, she had to google Liza’s name, and when she finally met her, Cherie said: “You look astoundingly beautiful.” Cherie plays the role of Luciana, Serena’s mother.

Aside from Enrique, the project is also Cherie’s second time to work with director Cathy Garcia-Molina, whom she worked with in a previous show starring Judy Ann Santos.

4. A Filipino-Italian actor helped the cast out with the language. While many know Matteo to be part Italian on his dad’s side, another actor, Ruben Maria Soriquez, is also half-Italian. In the show, Ruben plays Roberto, Serena’s father and husband to Luciana.

“I’m very happy that I was chosen,” Ruben said, who is based in Manila and has done a few films.”But I guess there are not so many Italians here that can speak Italian-English and Tagalog…”

Aside from acting, Ruben is also a director. Matteo said that Ruben has really been helpful, since he speaks the language fluently.

“Si Ruben talaga…he’s the one who’s correcting all of our grammar mistakes.

“He’s there for us talaga, he’s a big help on the whole set and walang problema, sobrang galing (There’s no problem, he’s very good).”

5. Dream come true. During the press conference, Matteo said that he was very happy to be acting again on TV. According to Matteo, the project was a blessing because it was one of the wishes of his late grandfather for him to play an Italian role. 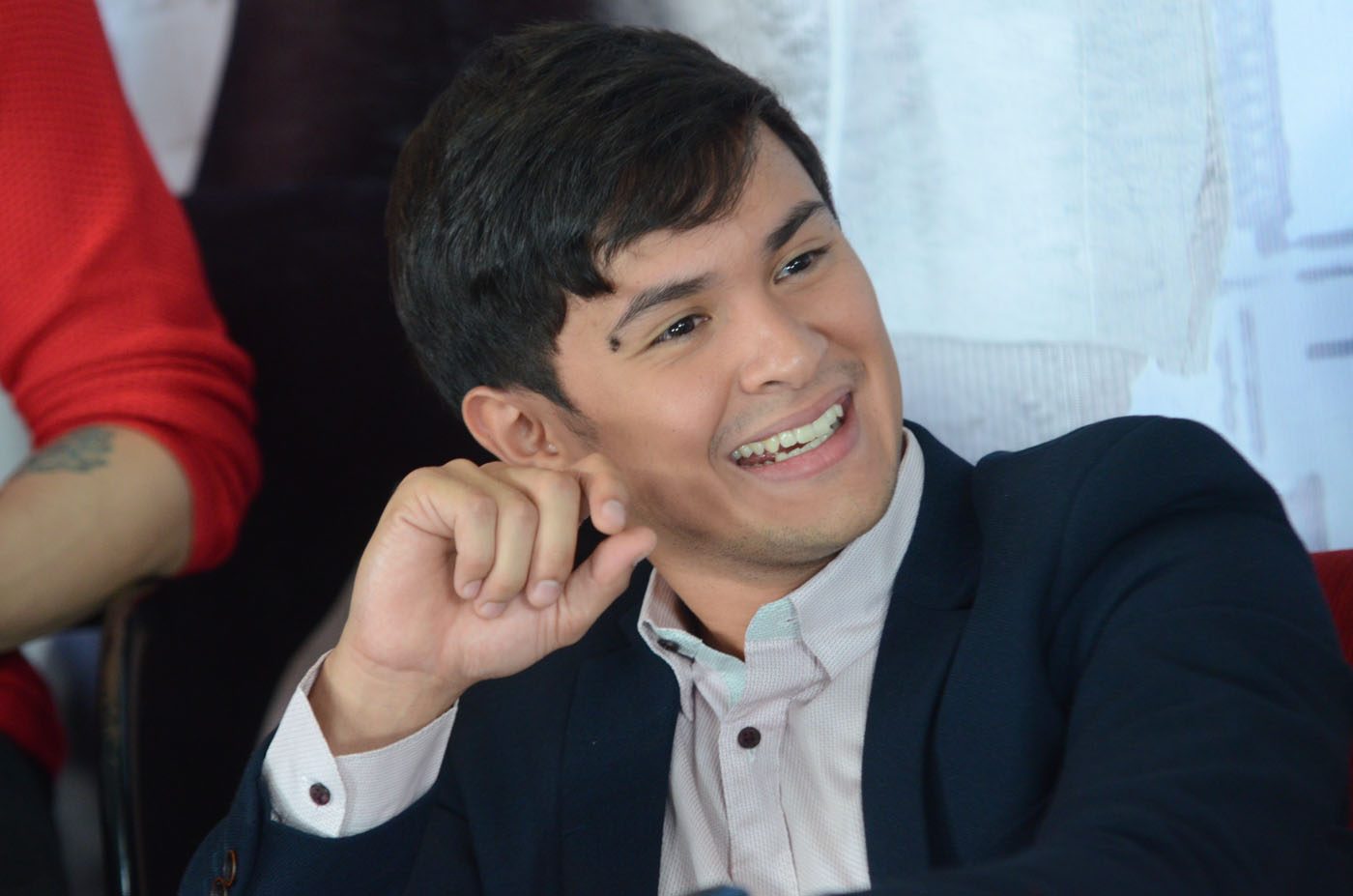 “It feels great na kasama ko sila (to have them around),” Matteo said of the cast. “Actually last year, I wanted to focus on my album already with Star Music but lumapit ang Star Creatives and sabi nila (they said) ‘Matteo, we have a project for you. It’s called Dolce Amore, we’re going to shoot in Italy. You’re going to play an Italian character.’ Tapos sabi ko (And I said) wow! You know I lost my lolo (grandfather) last year and his dream for me was to play in a film in Italian in Italy,” he said.

“It’s very close to my heart this soap and I’m very blessed to be working with them.”

Ciao Italia. Thanks for this awesome trip. I've always believed that everything happens for a reason..

This is the first time Matteo will be working with Liza and Enrique. In the show, he plays Giancarlo, Serena’s childhood friend who is secretly in love with her.

6.  Dolce Amore is the acting comeback for Bobot Mortiz.

Although he has been in the showbiz industry for a long time, Bobot took a break to focus on directing, including the noontime show It’s Showtime. The last time he did a teleserye was 10 years ago. 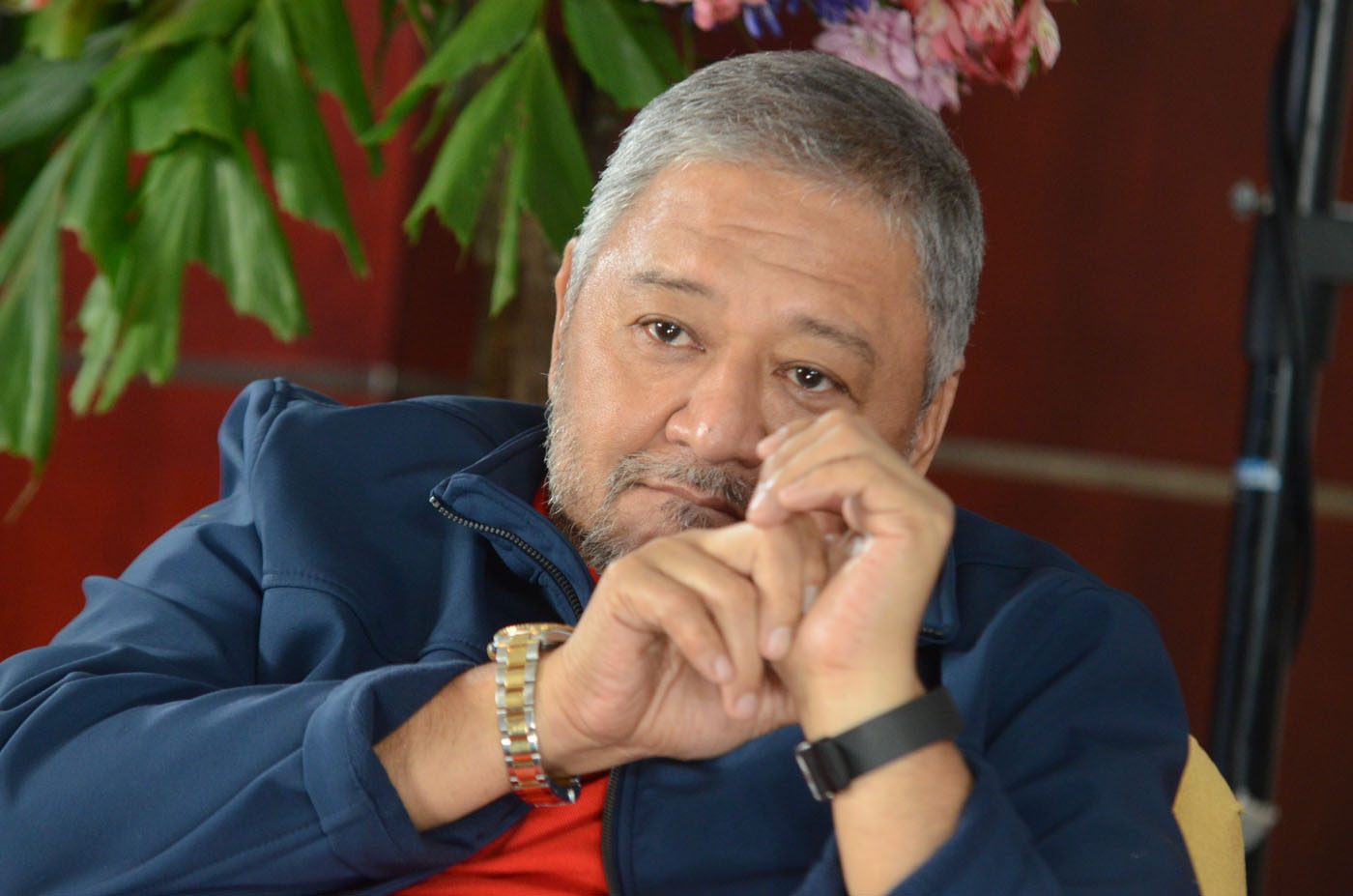 During the press conference, Bobot shared that the idea to be part of a teleserye started during a talk with one of his good friends, Tirso Cruz III.

(Actually this was all an accident. One time, Pipo… Tirso, they were all busy with teleseryes and we were kidding around and we saw MNS [Star Cinema head Malou Santos] and we said, what if we could make a soap together. And then I said yes, for the good times.)

(So what I know was Pipo and I were supposed to be part of this…but suddenly he had to do Pangako Sa’ Yo so he cannot do it anymore. I already said yes to it so I’m involved… but I’m happy that I am part of the show because it has been 10 years since my last teleserye. It was a different system so when I was already taping, it was really all new to me again.)

7.  Liza and Enrique both play adopted characters, but from different backgrounds.

In the show, Liza’s character Serena and Enrique as Tenten are adopted. Sunshine Cruz’s character Alice is connected to one of them.

“She’s the biggest mystery of the story,” Cherie said pertaining to Sunshine’s role. Sunshine plays a nurse who, along with her child, is separated from her husband. 8. Dolce Amore is directed by Cathy Garcia-Molina and Mae Cruz-Alviar.

The teleserye will be directed by two of the country’s popular female directors close to the LizQuen tandem. Director Cathy Garcia-Molina returns fresh from the success of Forevermore and the John Lloyd Cruz-Bea Alonzo movie A Second Chance, and Mae Cruz-Alviar, who directed the tandem on the movie Everyday I Love You.

9. Before Dolce Amore, Liza and Enrique will reprise their roles as Xander and Agnes in ABS-CBNmobile’s Forever and More.

Before the airing of Dolce Amore, LizQuen fans will have the chance to watch the ever after part of Xander and Agnes’ story in the ABS-CBNmobile special Forever and More. The 15-part project, which starts Monday, February 8, shows Xander and Agnes remembering the challenges and triumphs of their love story and what happened to them after last year’s finale.

LIZA AND ENRIQUE MAKE PEOPLE BELIEVE IN FOREVER ONCE AGAIN VIA “FOREVER AND MORE” Liza Soberano and Enrique Gil reprise their well-loved roles as Agnes and Xander as they topbill “Forever and More,” the first exclusive content offering on iWant TV this year via ABS-CBNmobile starting Monday (Feb 8). For more details, visit abscbnpr.com

10. Liza is not closing her doors to beauty pageants.

Liza is often praised for her beauty, and this was also noticed by Miss Universe 2015 Pia Wurtzbach, who said that Liza might just be a potential Miss Universe. (READ: 10 things we learned from Pia Wurtzbach’s fun Twitter interview)

I can think of a lot. But if I had to pick one.. Liza Soberano. She's beautiful! -Pia #askmissuniverse https://t.co/AS5l7dCUns

Although flattered by the comment, Liza in an interview on TV Patrol said that joining beauty pageants is not something she is interested in right now.

“To be honest, wala naman akong (I have no) plans on being Miss Universe pero I’m not closing any doors,” she said.

Dolce Amore is scheduled to air on February 15. – Rappler.com