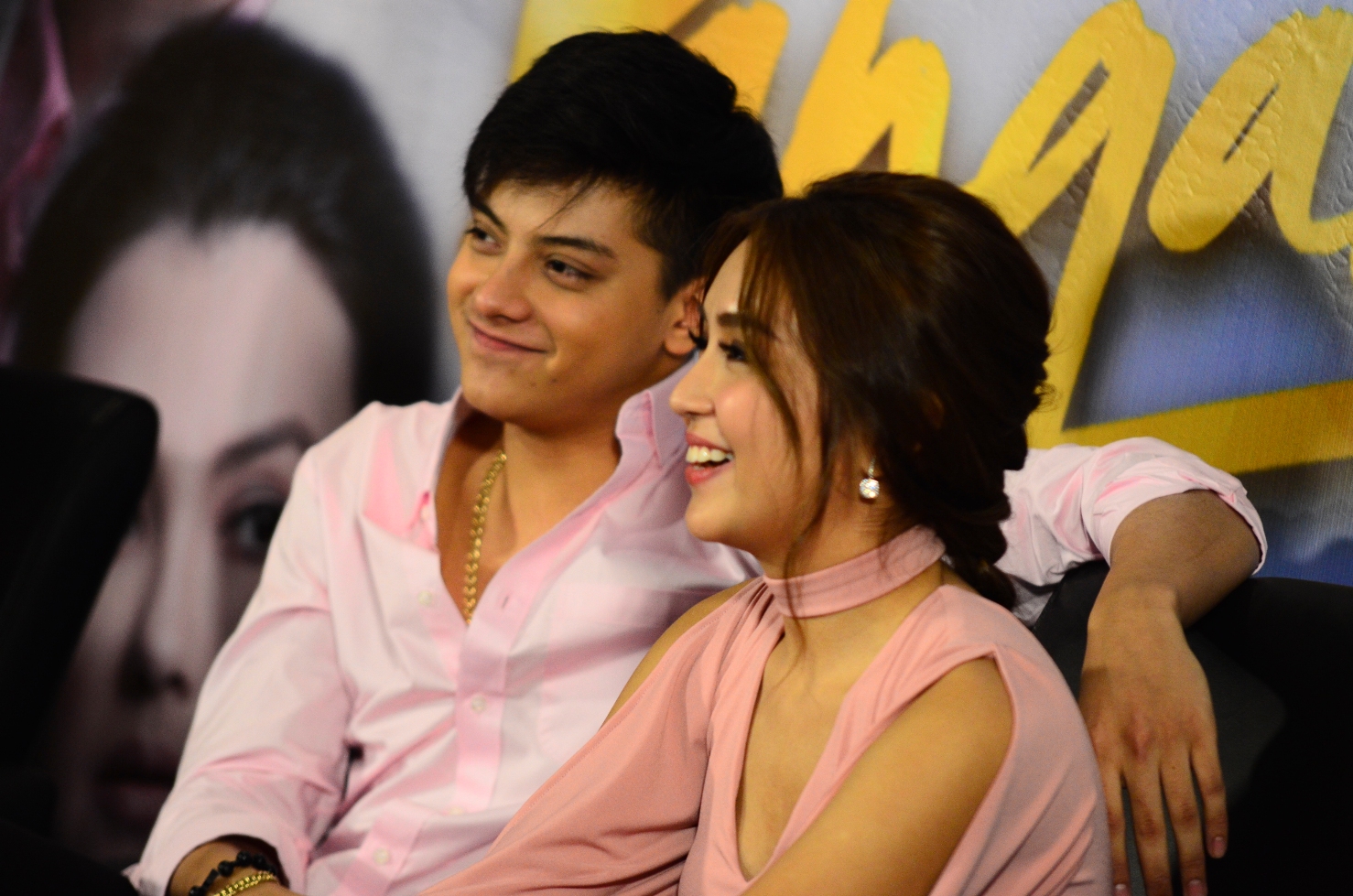 MANILA, Philippines – With one week to go before Valentine’s Day, Daniel Padilla said that he’s fixing something special for his leading lady Kathryn Bernardo.

During the press conference for the finale week of Pangako Sa Yo Thursday, February 4, Daniel hinted at what he plans to do on the special day, and the two spoke about their current relationship.

(I’m still working on the plan because Tito Ian and I are still talking about it…not a double date…I’m still fixing what we will do on the 14th. We’re doing something, but I’m still finalizing the place.) 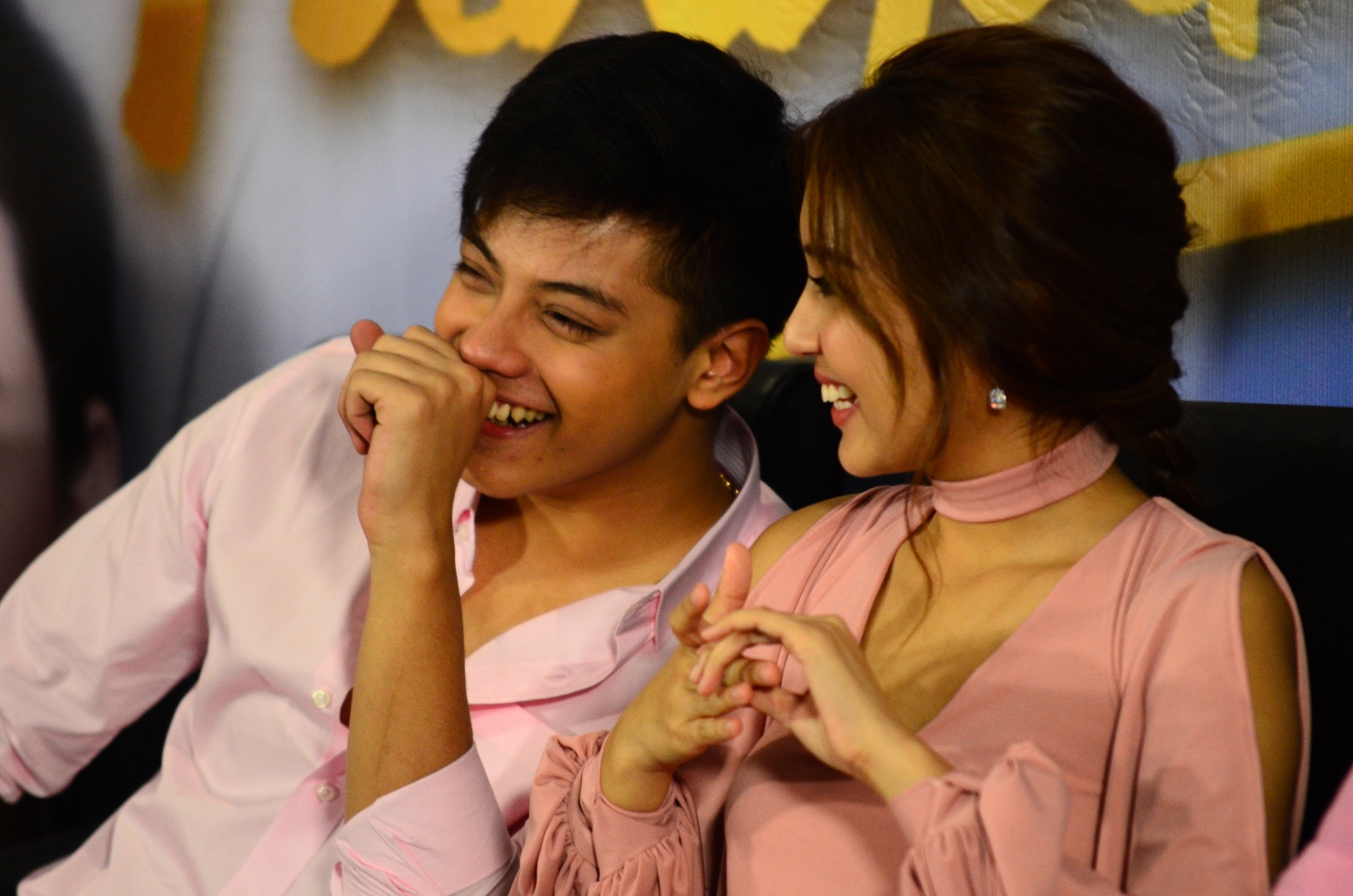 Kathryn meanwhile said that this was the first time that she and Daniel do not have work during Valentine’s Day. Last year, the two promoted a movie, Crazy Beautiful You.

When asked if he has a gift for Kathryn, Daniel said that Kathryn was the one who ordered it and he will just pay for it, joking he might just buy her a skull ring.

Although they have yet to admit the real status of their relationship, both Daniel and Kathryn shared that they are very happy with each other. 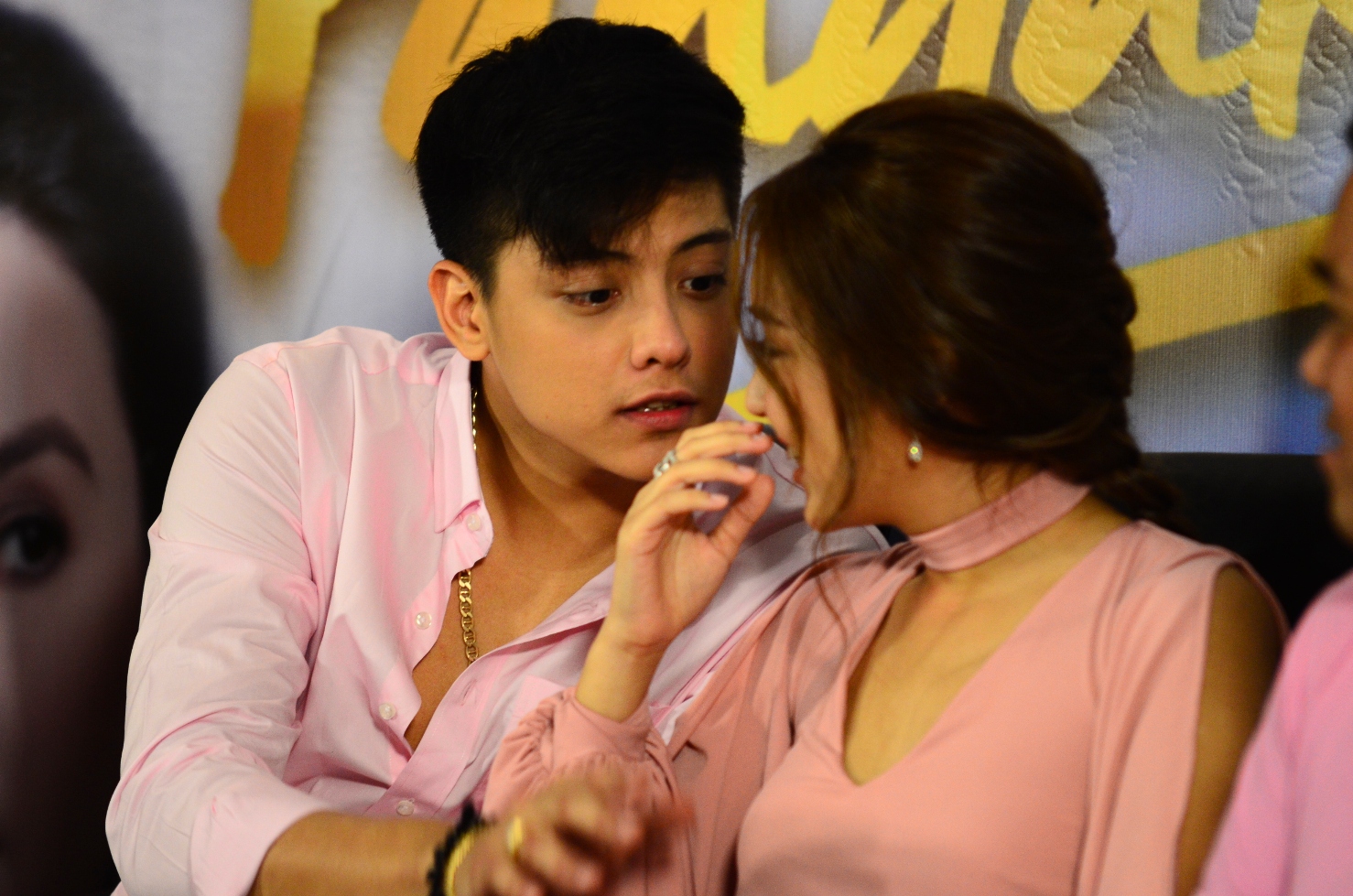 (That’s what I thought about, why should I lie if I’ll just have a hard time, and I might buckle, so I just said the truth. And I feel you deserve an answer and got it, thank you.)

(No because it’s hard…it’s not that we’re fooling peopl or making them go in circles…but what’s important is that DJ [Daniel’s nickname] and I, on and off cam, it’s important to show everyone the truth and that’s that, and whatever you see is really like that.)

(So maybe, we just really care for each other and we’re a big part of each other…and whatever you see, that’s the truth.)

‘Pangako Sa’ Yo’ in final week

After almost one year on primetime, Pangako Sa Yo will end on February 12. In last week’s episode, Amor discovers that Yna is her missing daughter Maria Amor, and stops the wedding between Yna and Angelo. (READ:Kathryn Bernardo, Daniel Padilla talk about grown-up roles in ‘Pangako Sa ‘Yo’) 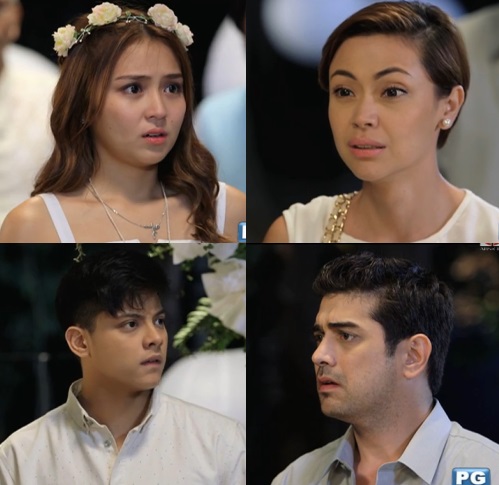 For Daniel, he said that they made sure to do a different take on the show that was popularized by Jericho Rosales and Kristine Hermosa. (READ: ‘Pangako Sa ‘Yo’ then and now, through the eyes of a fan)

(Of course it’s not bad if we were or were not able to get out of the shadow of the orginal one because the original Pangako was really good also right? We were able to do something… That was our goal from start, that the show not be a copycat of the Pangako before, right? Why should we copy it to begin with?) 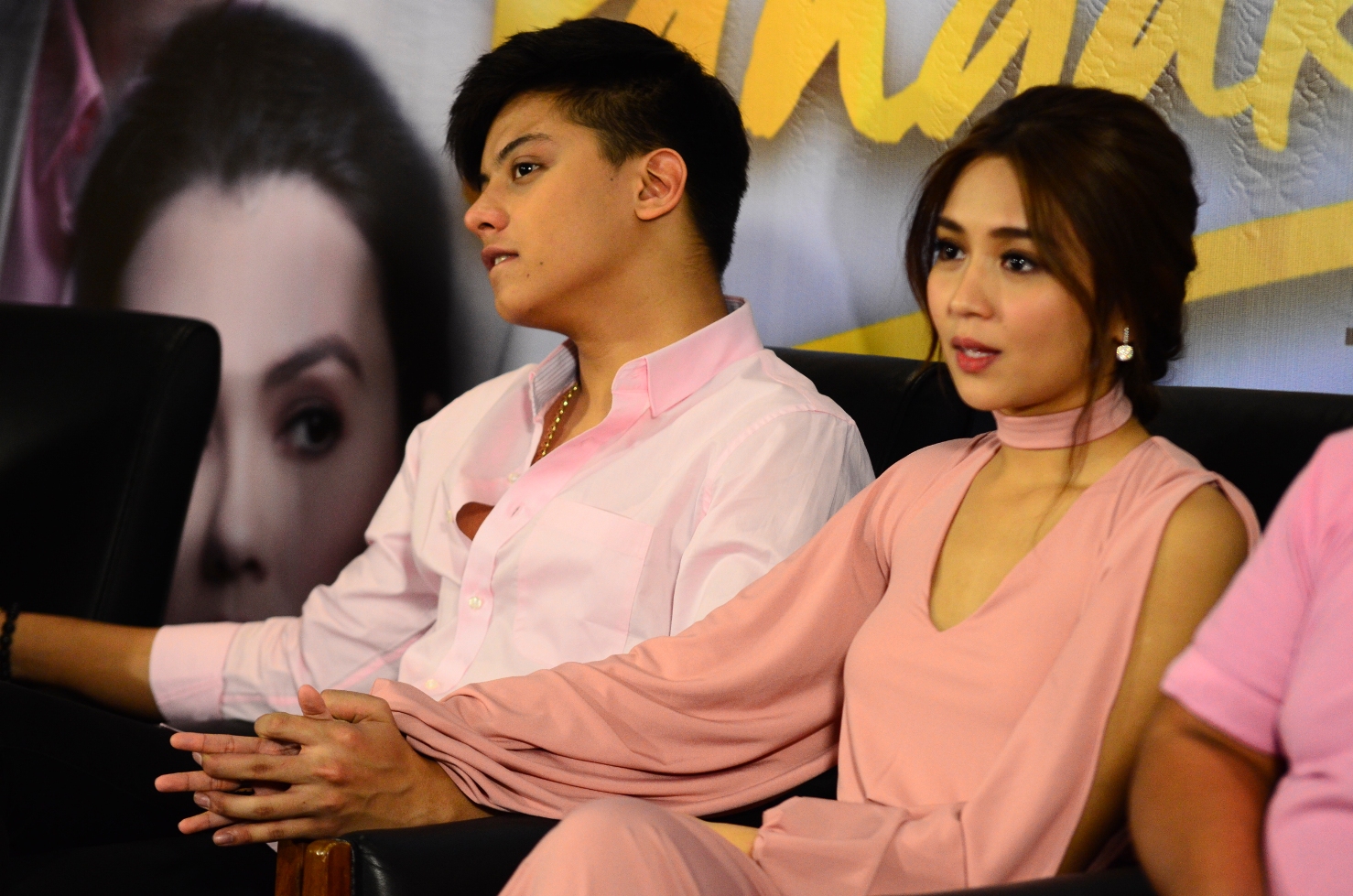 In the same press conference, Kathryn shared her happiness about being nominated in this year’s Nickelodeon Kids’ Choice Awards Fave Pinoy Personality category. She will go up against Enrique Gil, James Reid, and Maine Mendoza.

(I’m so happy. There a lot of people nominated. I’m very happy…happy to be part of something like that and now that I’m nominated, I just feel so giddy.)

Now that the show is about to wrap up, the two were asked what they’ve promised to each other. 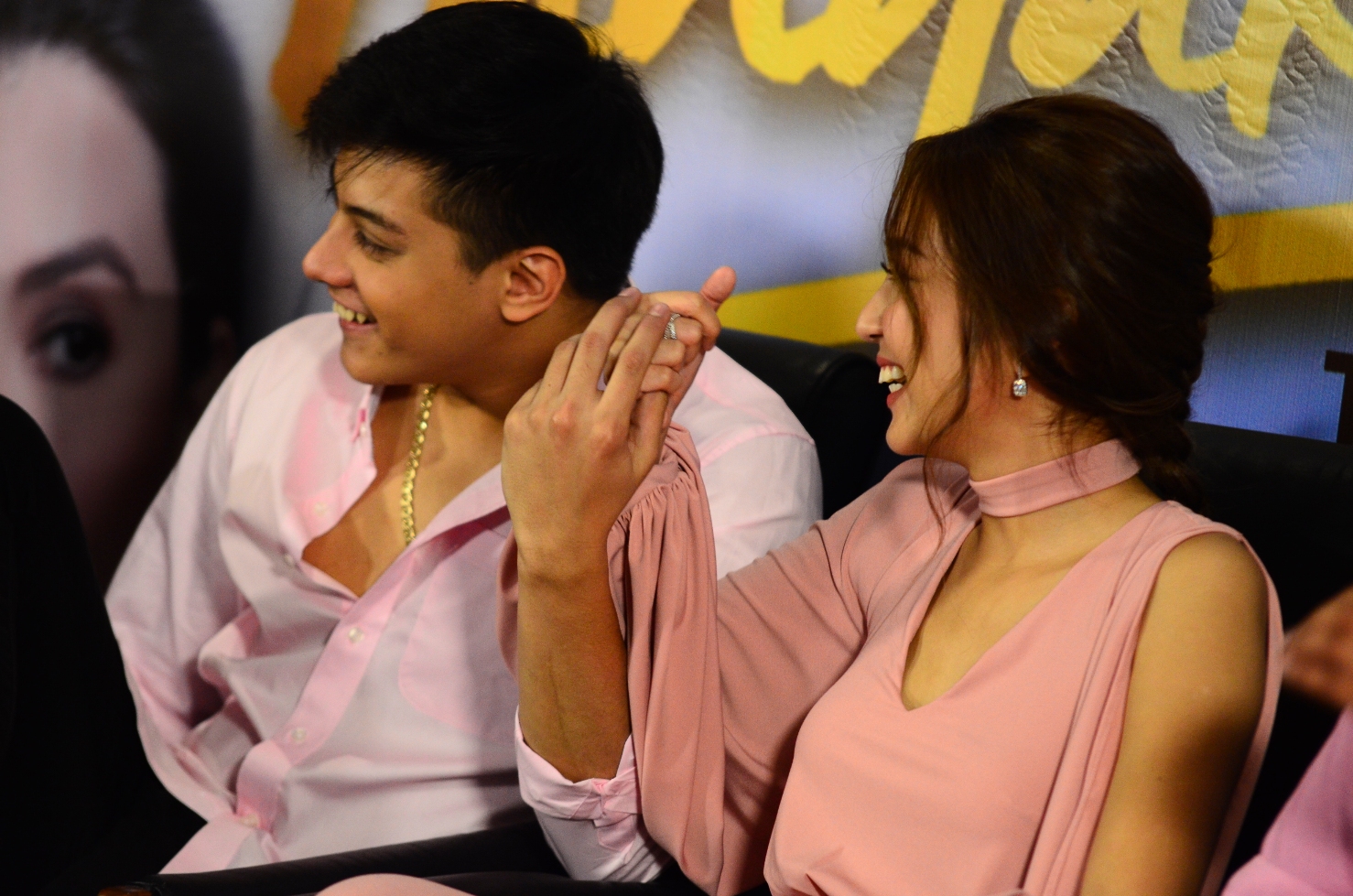 “Hindi ko siya pababayaan hangga’t ako ang kasama niya.” (I won’t leave her until I’m by her side.)