MANILA, Philippines – After a break from TV projects, Richard Gutierrez returns to television in the new remake of Carlo J. Caparas’ Ang Panday, which will air this month.

During the grand press conference for the show on Tuesday, February 9, Richard expressed that he was honored to be picked for the role that was popularized by the late Fernando Poe Jr and more recently, Bong Revilla.

(The Panday is a legendary character. I know that if I do this character, I need to commit myself wholeheartedly in this project.)

(It’s a big honor for me to be the Panday, and of course, it was FPJ who frst made the character very popular. That’s why it’s a big…in other words, these are big shoes for me to fill.)

After the press conference, Richard told reporters that to prepare, he watched all the previous Panday shows and went through quite a transformation, with exercise and diet.

Richard was also asked about his experience working with TV5. Before taking a break from showbiz to concetrate on son Zion and girlfriend Sarah Lahbati, Richard was with GMA 7. 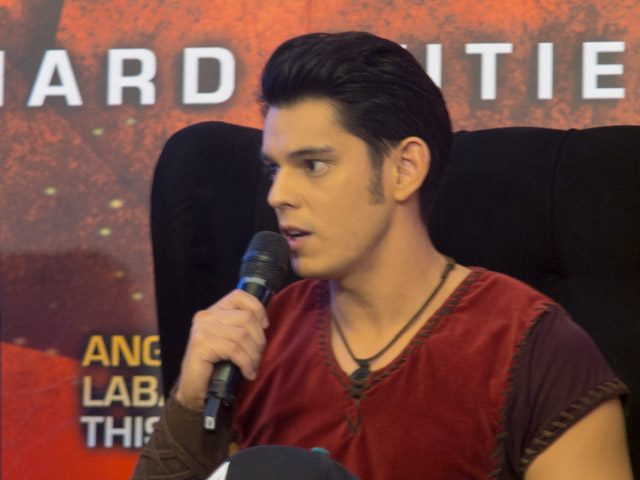 Richard said that the break from showbiz also helped him a lot, giving time for his other activities.

In an interview with reporters after the press conference, Richard said he poured all his free time into being with his family and himself.

(I saw who were the real people around me. I also re-evaluated myself, I needed that and I was able to travel. So there were so many realizations that happened to me and now, I’m back and I’m ready.)

He also said that he’s more excited to be back on TV instead of feeling nervous since he was away from working.

The creator and director told the press that Richard was their first choice to play the role.

Direk Carlo says that he felt Richard was perfect for the role of Flávio, the man who will hold the sword #AngPanday pic.twitter.com/GrR04iWIAB

In Ang Panday, Direk Carlo and Mac Alejandre shared that there are many changes to keep up with the times. One of them is that Flavio is a foundling in the story and that he has a brother.