Feb 22, 2016 9:59 PM PHT
Alexa Villano
Facebook Twitter Copy URL
Copied
The book is about a duckling who's bullied by her friends when she tries to sing in front of an audience 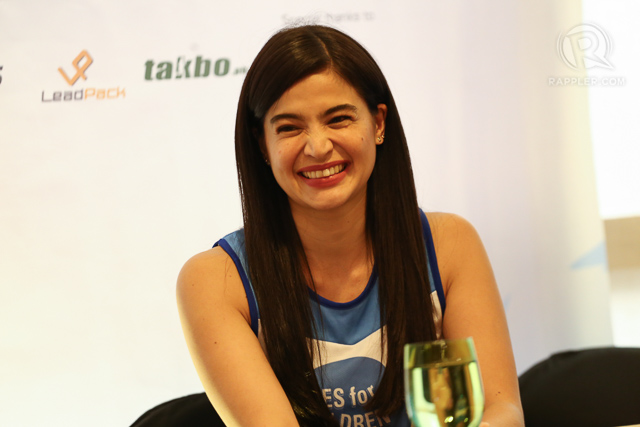 MANILA, Philippines – Anne Curtis is embarking on her newest role – that of author, with the release of her new book Anita the Duckling Diva, with the United Nations Children’s Fund (UNICEF).

In an interview with reporters during the book launch Friday, February 19 at SM North Edsa, Anne shared always wanted to write a book, and the opportunity came when UNICEF mentioned they were releasing a new line of books. Anne is UNICEF Philippines’ celebrity advocate for children.

“I really wanted to write a book and it just so happened that UNICEF also had a line coming out. So I asked if it would be okay and they said yes, sure. And they introduced me to Sir Augie Rivera, who is my writing mentor,” she said.

“It was 5 months talaga na writing workshops and 5 drafts then na ang daming pinagdaanan na proseso (we went through many processes)… until we came up with the duck [character] and the packaging,” she added.

Anne said that the reason she chose the duck as a chracter for her story was because of the experiences she’s been through as a young girl. Anne has previously said on Twitter that if she weren’t singing or acting, she would like to be a pre-school teacher.

Introducing Anita, The Duckling Diva.  My passion project was officially launched today. After 5 months and 5 drafts, you may now purchase #AnitaTheDucklingDiva at the exhibit on the 2nd floor of the Atrium at the Block, SM North Edsa. Congratulations Team @unicefphils on the successful launch of #ChildrenFirstStoryBooks  Here's to children learning and enjoying the magical world of reading. Thank you to everyone that purchased their copies today you will be making a difference in the lives of Filipino children. Sending light, love and happiness to you all!

“It always started with the little girl in me. Each meeting with Sir Augie, he would always ask me for more. ‘I think you can give me more. I think you can go crazier, being an author put yourself in a position where you can be relatable to your readers,'” Anne said of her work with her mentor.

With illustrations by James Abalos, Anita the Duckling Diva, tells the story of Anita, a duck who became shy after she was bullied while singing in front of an audience. With the encouragement of her mother and friend, she enters a singing contest and proves everyone wrong.

Though she’s been criticized in the past for her singing voice, Anne has performed at the Smart Araneta Coliseum and has released an album. (READ: More on ‘AnneKapal’)

Anne, who turned 31 years old last February 17, also talked about the importance of practicing the art of reading, with the parents setting an example for their children.

“Yes, it’s fun to play games pero huwag natin pababayaan ang (but let’s not forget the) art of reading. I think it should carry on with the next generation to come. Iba ang reading experience, when you have a book on your hands, when you’re able to turn a page…when you’re self-reading as a bookmark. Iba yung smell of the pages. Iba yung experience eh. (The experience is very different.)

“And I think as a parent, these are things that you should teach your children… so I think it’s the art of reading that we should teach to the younger generation,” she said.

With the release of Anita the Duckling Diva, Anne said that she would like to write more and that she hopes more projects will come to fruition.

“I don’t know when the next one will be, but there are so many issues for children to write, that you can tackle na educational experieogince for a child,” said Anne, who highlighted children’s rights in her book.

“So I think at a young age, they’ll know kung ano yung mga (what) rights nila as a child and pwede ka mamili doon (you can choose) and make it relatable, make it fun so that they understand na pwede akong maging ganito (that I can be like this ). May right ako to be who I want to be. Meron akong (I have the) right to dream,” she said. – Rappler.com