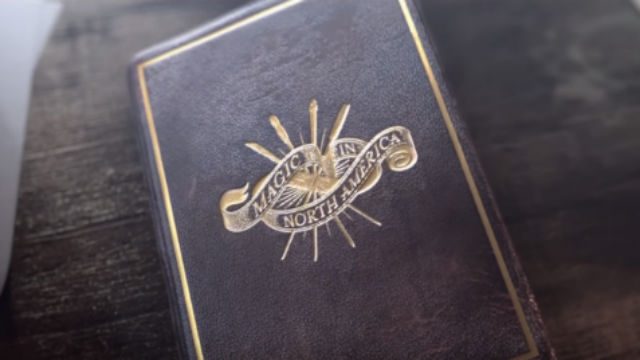 MANILA, Philippines – The Harry Potter series might have ended in 2007, but there’s more stories about the wizarding world that JK Rowling just recently unveiled. (WATCH: First trailer of ‘Fantastic Beasts and Where to Find Them’ released)

The first part of a 4-part series, History of Magic in North America, was published on the Pottermore website on Tuesday, March 8.

Part 1 covered the 14th to 17th century of North American magical history, covering topics like the immigration of muggles (non-magical people) to “the New World,” Native American animagi (wizards who can turn into animals at will), and how Native Americans practiced magic without wands.

JK will be publishing one part of History of Magic in North America everyday until March 11, so readers don’t need to wait long for the next installment, according to the site.

Aside from History of Magic in North America, JK Rowling is set to release more pieces of writing that give background on the American wizarding community, to get fans up to speed for Fantastic Beasts and Where to Find Them in November.

Fantastic Beasts follows magizoologist Newt Scamander as he ends up in 1920s New York with a suitcase full of magical creatures.

The movie is a prequel to the Harry Potter series. Its title is drawn from a textbook that Harry read in the original books.

What do you think of this newest story from JK Rowling? Let us know in the comments! – Rappler.com