Mar 20, 2016 9:33 PM PHT
Rappler.com
Facebook Twitter Copy URL
Copied
Celebrities who tuned into the Cebu presidential debates comment about the long delay, the heated exchanges among the candidates, and more 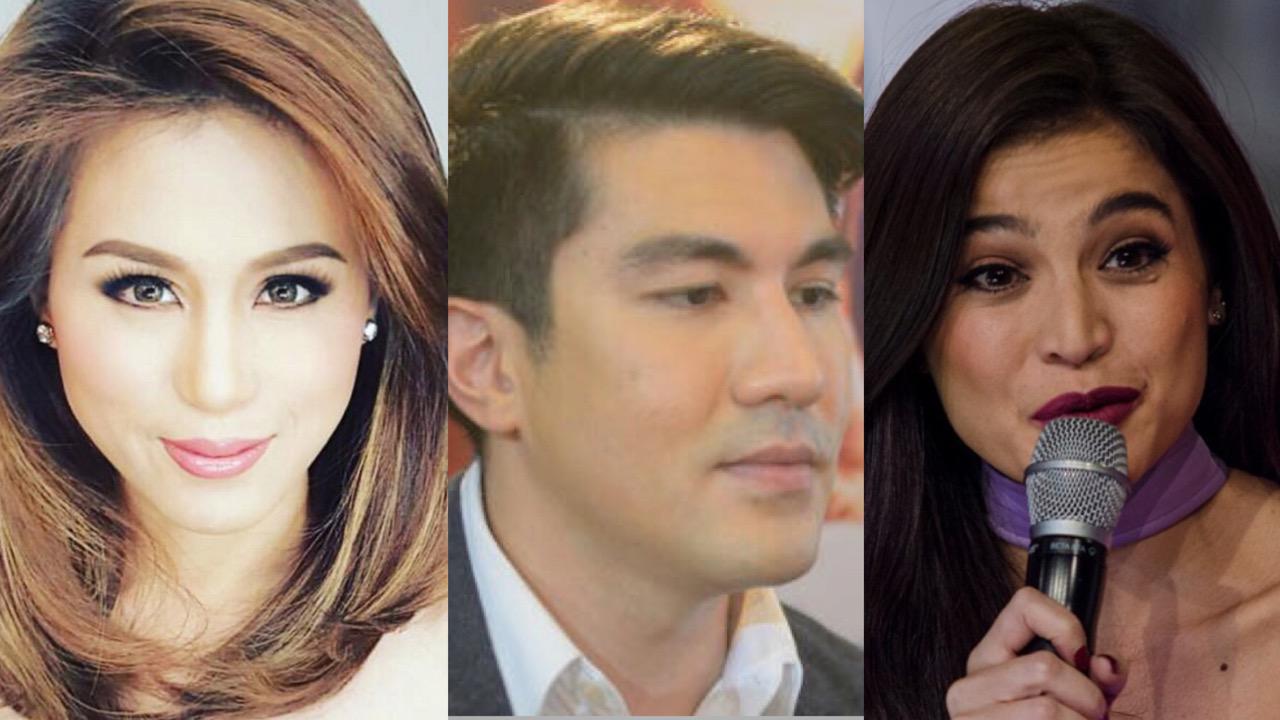 MANILA, Philippines (UPDATED) – Local celebrities took to social media to express their thoughts on the second presidential debate held at the University of the Philippines (UP) Cebu on Sunday, March 20.

While four of the presidential candidates sounded off on pressing topics: disaster response, climate change, fighting corruption, and more, influential stars who tuned in weighed in on the debate, which started late but became heated. (READ: Celebrities on first presidential debate in Cagayan de Oro)

Anne Curtis had described the debate as “intense,” in reference to ABS-CBN journalist Karen Davila’s tweet about Grace Poe who said during the debates, “Pero diba ito ang format na gusto niyo? (Isn’t this the format you wanted?”

That was intense. Who else is watching? #PiliPinasDebates2016

It got pretty intense for a moment there!!! https://t.co/k7NI2TyhJz

Toni Gonzaga said on Instagram that she found the ongoing debate very interesting.

GMA 7 star Aljur Abrenica commented that the debate had revealed the candidates’ personalities.

Actress Dawn Zulueta observed that the debate was becoming “heated.”

GMA 7 actress Carla Abellana, who is a supporter of presidential candidate Mar Roxas posted on Instagram: “The tension is SO HIGH and I am loving every bit of it. Learning so much.” (READ: KathNiel, Ramon Bautista, James Yap lead celebrity Roxas endorsers)

The tension is SO HIGH and i am loving every bit of it. Learning so much.

Singer Mark Bautista compared the ongoing debate to a boxing match, and added that the job of TV 5’s Luchi Cruz Valdez, the moderator, is not easy.

Ramon Bautista, a supporter of Mar Roxas, even compared the debate to an old TV 5 show, Face to Face.

He also teased Jun Sabayton about being the cause of delay.

Erwan Heussaff said that he remained unconvinced about who to vote as the debates were ongoing.

I still don't see a president on that stage 🙁 #PiliPinasDebates2016

That Thing Called Tadhana and On the Wings of Love director Antoinette Jadaone expressed her discontent with Binay’s statements.

TV host Luis Manzano said that he thought Grace Poe and Rodrigo Duterte were doing well when asked by a Twitter user.

He also provided some comic relief with this funny meme:

Some of them also expressed their thoughts on the candidates’ stances on certain issues and raised up topics to tackle.

TV host Daphne Oseña-Paez reacted to the “Taas Kamay” segment of the debate where the 4 candidates in attendance were asked about their stances on specific issues – particularly on divorce. (READ: Cebu presidential debate: All candidates against divorce)

NO ONE IN FAVOUR OF DIVORCE?! Haha #PiliPinasDebates2016

As things became heated, Bianca Gonzalez agreed with a tweet from writer G3 San Diego that called the debate a “Binay Roast.” (READ: Roxas, Duterte, Poe ‘gang up’ on Binay in debate)

She also brought up the lack of dialogue about education:

Did I just miss it, or hindi pa napag-uusapan ang edukasyon?

She also proposed that airport congestion should be a problem that the next president should address.

So most local flights today have been delayed up to as long as five hours because of Manila air traffic. Next President MUST fix this.

As a side note, love that TV5 has a sign interpreter on inset.

Erwan Heussaff also made a side comment about the interpreters.

Some personalities questioned why there was a long delay in the start of the debate. (READ: #PiliPinasDeLate? Delayed Cebu debate stirs confusion on social media)

Bianca Gonzalez tweeted, “I will stand for a government that’ll be an example of the importance of being on time.”

I will stand for a government that'll be an example of the importance of being on time. #satotoolang #WhereDoYouStand #PiliPinasDebates2016

YouTube personality Sebastian Castro said that he hopes “their delay to pass legislation won’t be as long as their delay to debate.”

Jim Paredes bemoaned the delay, anticipating it to “start at Filipino time.”

This debate will start at Filipino time…

It was reported that the camp of Vice President Jejomar Binay insisted on bringing notes to the stage. A disagreement about whether this was allowed or not was said to cause the delay.

Jim also weighed in on this:

Debate delayed because a candidate was discovered to have brought codigo. handlers are fighting backstage. Wont expose my source.

I think Binay has lost this debate without ever saying anything on the podium.

#NoToKodigo That's the rule, no notes at debate. Boo to note bringers! #PiliPinasDebates2016

Sebastian Castro argued, “Binay is to blame for forcing a request, but so is Mar for forcing the denial of that request above everything else.”

binay is to blame for forcing a request, but so is mar for forcing the denial of that request above everything else.#PiliPinasDebates2016

Former beauty queen Ana Maris Igpit tweeted, “If you can’t follow simple debate rules, then why should you become our President?”

If you can't follow simple debate rules, then why should you become our President? #PiliPinasDebates2016

She also said that she feels bad for the hosts/presenters who “were asked to ‘stretch’ to cover the delay.”

I feel bad for the hosts/presenters, I'm sure they were asked to "stretch" to cover the delay #PiliPinasDebates2016

I really admire how you're handling harsh criticism @cherylcosim! You didn't have to choose to read those. I heart u. #PiliPinasDebates2016

.@BigDtalks @cherylcosim My biggest fear as a host is having to stretch with no end in sight. This is my nightmare. #PiliPinasDebates2016

They also shared their reactions about the behind the scenes after the debate.

This presidential debate in UP Cebu is the second in a series organized by the Commission on Elections (Comelec), in partnership with TV5 and Philippine Star.