Apr 22, 2016 1:21 AM PHT
Agence France-Presse
Facebook Twitter Copy URL
Copied
(UPDATED) The cause of death remains unclear, although entertainment website TMZ says the musician has been treated for a drug overdose in the week before his death, citing multiple unnamed sources. 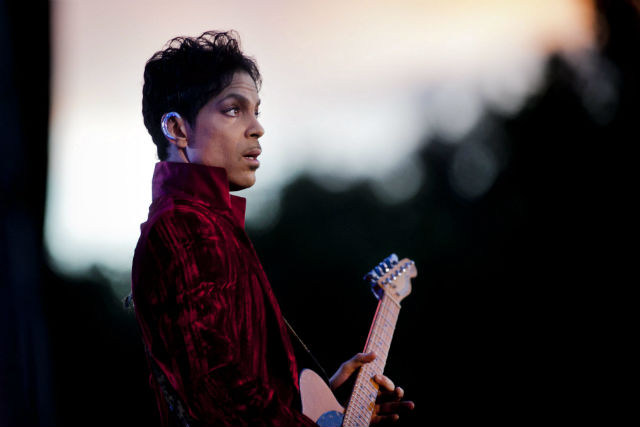 CHANHASSEN, USA (5th UPDATE) – Prince, whose pioneering brand of danceable funk and virtuoso talents made him one of the most influential figures in music, died Thursday at his secluded compound in Minnesota, aged 57.

It comes just a week after the enigmatic Grammy and Oscar winner – acclaimed for his guitar skills and soaring falsetto – was taken to hospital with a flu-like illness which he later made light of.

The news prompted a flood of tributes from the worlds of entertainment and politics, from Barack Obama to Madonna and Mick Jagger, as well as ordinary fans – and even a tweet from NASA of a purple nebula, in Prince’s signature color.

A purple nebula, in honor of Prince, who passed away today. https://t.co/7buFWWExMw pic.twitter.com/ONQDwSQwVa

“It is with profound sadness that I am confirming that the legendary, iconic performer, Prince Rogers Nelson, has died at his Paisley Park residence this morning,” said his spokeswoman, Yvette Noel-Schure.

The Carver County sheriff’s office in Minnesota said that deputies responding to an emergency call found an “unresponsive” Prince in an elevator.

Attempts to resuscitate him failed and he was pronounced dead at 10:07 am (1507 GMT), it said, adding that an investigation had been launched.

The sheriff’s office released a transcript of a 911 call from an unidentified man at the property who was asked if he was with the patient. “Yes – it’s Prince,” he replies.

The cause of death remains unclear, although entertainment website TMZ said the musician had been treated for a drug overdose in the week before his death, citing multiple unnamed sources.

He was taken to a hospital after his private jet made an unscheduled landing in Moline, Illinois last Friday following a gig in Atlanta, amid previous reports that he had been battling flu.

“Multiple sources in Moline tell us Prince was rushed to a hospital and doctors gave him a ‘save shot’… typically administered to counteract the effects of an opiate,” TMZ said.

AFP could not immediately verify the report.

Preliminary information would be ready in a few days, but the results of more detailed tests would take a couple of weeks, she said.

The singer became an international sensation in the 1980s, when he popularized the Minneapolis sound, bringing rock and R&B into a readily danceable funk mix. His 1984 album Purple Rain is often described as one of the greatest of all time.

“Queen of Soul” Aretha Franklin led an outpouring of tributes from the entertainment industry, describing Prince as “an original and a one of a kind” and insisting his music would live on.

“He changed the world!! A true visionary. What a loss. I’m devastated,” Madonna, a fellow 1980s icon who recorded with and briefly dated Prince, wrote on Instagram.

He Changed The World!! A True Visionary. What a loss. I'm Devastated. This is Not A Love Song.

Rolling Stones frontman Jagger tweeted that Prince’s “talent was limitless,” describing him as “one of the most unique and talented artists of the last 30 years.”

I am so saddened to hear of Prince's passing. Prince was a revolutionary artist, a wonderful musician and composer. 1/3

Prince was an original lyricist and a startling guitar player. His talent was limitless. 2/3

Prince was one of the most unique and exciting artists of the last 30 years. 3/3

U2’s Bono posted a photo of the lyrics of Prince song “The Cross,” which read in part: “Soon all of our problems/Will be taken by the cross.”

“I never met Mozart, I never met Duke Ellington or Charlie Parker I never met Elvis But I met Prince,” Bono said in a tweet.

Actor Will Smith was among dozens of Hollywood stars who took to social media within an hour of the news breaking, saying he had spoken to Prince the night before and was shocked at the loss of the “beautiful poet” and “true inspiration.”

Public Enemy frontman Chuck D lamented that it was like “the Earth is missing a note” while Lenny Kravitz thanked his “musical brother” who had shown him “the possibilities within myself.”

Prince – whose huge catalogue of hits includes “1999,” “Cream” and “Kiss” – lived on the outskirts of Minneapolis, where he kept to himself except when he invited company, often at a moment’s notice.

He changed his name in the 1990s to an unpronounceable “love symbol” and wrote “slave” on his cheek to protest contractual conditions by his label Warner Brothers.

He was prolific in his output, recently releasing albums through streaming site Tidal, and had taken to scheduling shows at the last minute to avoid scalpers.

Obama lamented the loss of a “creative icon.”

“Few artists have influenced the sound and trajectory of popular music more distinctly, or touched quite so many people with their talent,” said the president, who invited Prince to play a private White House show last year.

“Prince did it all. Funk. R&B. Rock and roll. He was a virtuoso instrumentalist, a brilliant bandleader, and an electrifying performer.”

In Minneapolis, authorities plan to light up a bridge in purple in honor of Prince, while The New Yorker circulated an image of its magazine cover due to hit newsstands on Monday — lavender and iris raindrops against a mauve background.

Large crowds paying tribute to the music icon turned up Thursday night outside Prince’s compound, where flowers were piled along the fence.

A giant crowd of fans massed outside First Avenue, the celebrated club where Prince recorded the movie “Purple Rain,” holding their hands and phones aloft as they sang Prince songs.

Director Spike Lee led a Prince sing-along at a block party in Brooklyn.

Named after his jazz pianist and songwriter father’s stage name, the pop icon was born Prince Rogers Nelson in Minneapolis, although his family had its roots in Louisiana.

The famously private musician revealed in rare interviews that he suffered from epilepsy as a child but told his mother, jazz singer Mattie Della, that he had been cured by divine intervention.

Among his many achievements, one of the most frequently cited was a spellbinding guitar solo during a cover of The Beatles classic “While My Guitar Gently Weeps” at his induction into the Rock and Roll Hall of Fame in 2004.

He was in the middle of a pared-back “Piano and a Microphone” tour when he began experiencing health problems.

The musician invited fans via Twitter Saturday to a “dance party” at Paisley Park, where he kept his back recordings in vaults, in a bid to prove his health problems were behind him, Minnesota’s Star Tribune newspaper reported.

“Wait a few days before you waste any prayers,” he reportedly told the roughly 200 in attendance. – Mark Ralston, Frankie Taggart, and Shaun Tandon/AFP/Rappler.com