No signs of trauma, suicide in Prince death – police 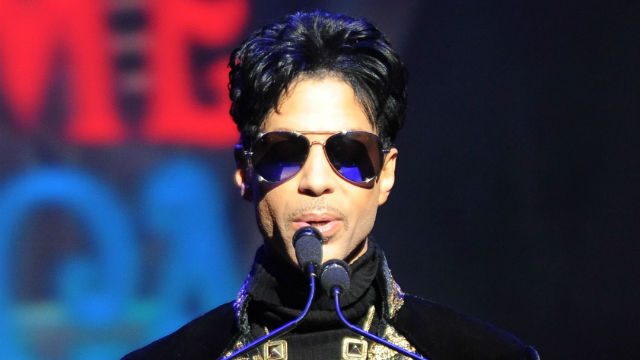 CHANHASSEN, USA – There was no evidence of trauma on Prince’s body when he was found unresponsive in an elevator at his huge compound or any indication the late music icon committed suicide, US authorities said Friday, April 22. (READ: Pop icon Prince dead at 57)

Stunned fans massed outside the superstar’s Paisley Park studio complex on the outskirts of Minneapolis are looking to an autopsy carried out earlier in the day to resolve the mystery around the sudden loss of their idol.

But medical officials cautioned it could be weeks before they can conclusively say what killed the enigmatic award-winning musician, whose death at age 57 plunged the entertainment world into grief.

Prince was found dead on Thursday, a week after he was hospitalized for flu-like symptoms that he later downplayed. There have been reports the incident may have been triggered by an overdose of an opioid-based painkiller.

“We have no reason to believe at this point that this was a suicide,” Carver County Sheriff Jim Olson told a packed news conference.

“But again, this is early on in the investigation and we’re continuing to investigate,” he said. A search warrant for Prince’s vast studio complex will be filed in the coming days, but authorities stressed this was standard procedure.

The sheriff said there were “no obvious signs of trauma” on Prince’s body, noting: “A sign of trauma would be some sign of violence that had happened, there was no sign of that at all.”

Olson said Prince was alone at the premises when he died and refused to comment on reports of painkiller use.

Prince – a Grammy and Oscar winner who was inducted into the Rock and Roll Hall of Fame in 2004 – was last seen alive on Wednesday evening by staff at the compound, but his body was only discovered the following morning.

The local medical examiner’s office says preliminary autopsy results will take days and the results of a full toxicology scan could take weeks.

Asked if Prince’s body showed signs of drugs or a drug overdose, the medical examiner’s spokeswoman Martha Weaver said: “There’s no information at this time in regard to exactly what you’re talking about, as part of the investigation.”

Prince – whose huge catalogue of hits includes “1999,” “Cream” and “Kiss” – was prolific in his output, recently releasing albums through streaming site Tidal, and had taken to scheduling shows at the last minute to avoid scalpers.

President Barack Obama, who invited Prince to play a private White House show last year, let slip that he played some of his records Friday morning at the US ambassador’s residence in London, where he is staying.

“It happens there’s a turntable and so this morning, we played ‘Purple Rain’ and ‘Delirious’ just to get warmed up before we left the house,” Obama told a joint press conference with British Prime Minister David Cameron.

“He was a great performer. And creative and original and full of energy. And so it’s a remarkable loss.” – Jennie Matthew, AFP/Rappler.com