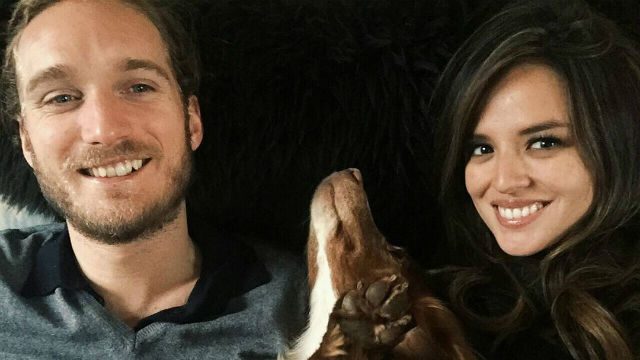 MANILA, Philippines – Model and TV host Georgina Wilson is engaged to boyfriend Arthur Burnand. The couple is set to get married on April 30.

A representative from Summit Media, which publishes Preview, confirmed the news to Rappler.

Preview unveiled the cover of their May issue with a photo of Georgina in a wedding gown. The cover story will talk about Georgina’s love story and her thoughts on marriage.

The caption accompanying the photo of the cover read: “As Miss Wilson bids goodbye to singlehood, say hello to Mrs. Burnand. In this Preview exclusive, Georgina tells us her serendipitous love story and why she thinks getting married won’t slow her down.” Stylebible.ph reported that Georgina had a bridal shower at the Peninsula Manila. Among the guests were Georgina’s close friends, Anne Curtis, Solenn Heussaff, and Isabelle Daza.

Arthur is a British businessman. The couple is currently in London, along with Georgina’s sister, Jessica Diaz Wilson.

On Instagram, Belle recently posted a photo of Georgina’s group of friends in London as well. She captioned the photo with the hashtag, “#theBurnands.”

I think it's safe to say everyone in this group owns a pair of WHITE SNEAKERS. Lol #theBurnands