May 9, 2016 11:06 PM PHT
Rappler.com
Facebook Twitter Copy URL
Copied
Alma Moreno, Vilma Santos, Richard Gomez, and more – find out how the stars running for office are faring in the 2016 elections 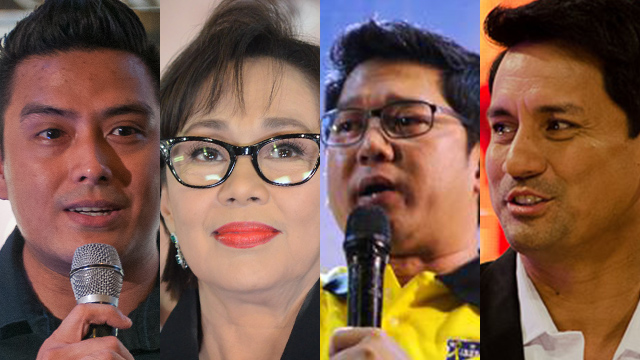 MANILA, Philippines – As much as they are fixtures on television and the silver screen, entertainment figures have always been a part of election season. Not only do they help build public perception by endorsing candidates, some of them have become politicians themselves. (READ: Celebrities running, supporting candidates in the 2016 national elections)

Below are Rappler’s live results for the stars who are running in this year’s elections. Keep refreshing this page for the latest results. (READ: #PHVote 2016 Live Results)

See how all the senatorial candidates, including the stars who ran, fared below: