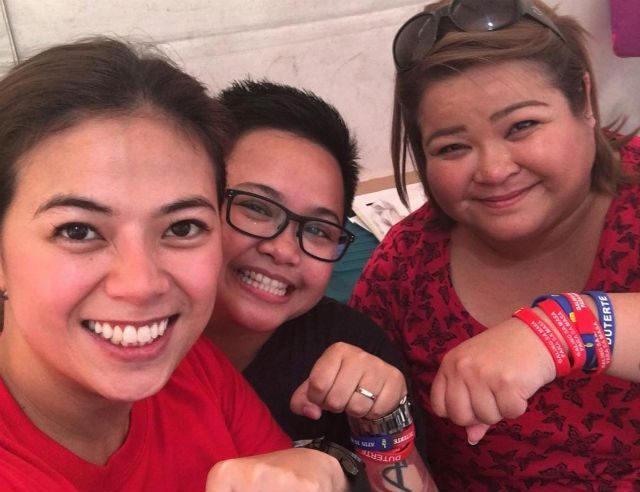 MANILA, Philippines (UPDATED) – As the campaign comes to a close, celebrities for Davao City Mayor Rodrigo Duterte showed up at the Quirino Grandstand Saturday, May 7, to express their support for his presidential bid. (IN PHOTOS: Stars at Jejomar Binay’s miting de avance) Ramon “RJ” Jacinto was also present to perform for the crowd. Freddie Aguilar also performed for the crowd at the miting de avance. 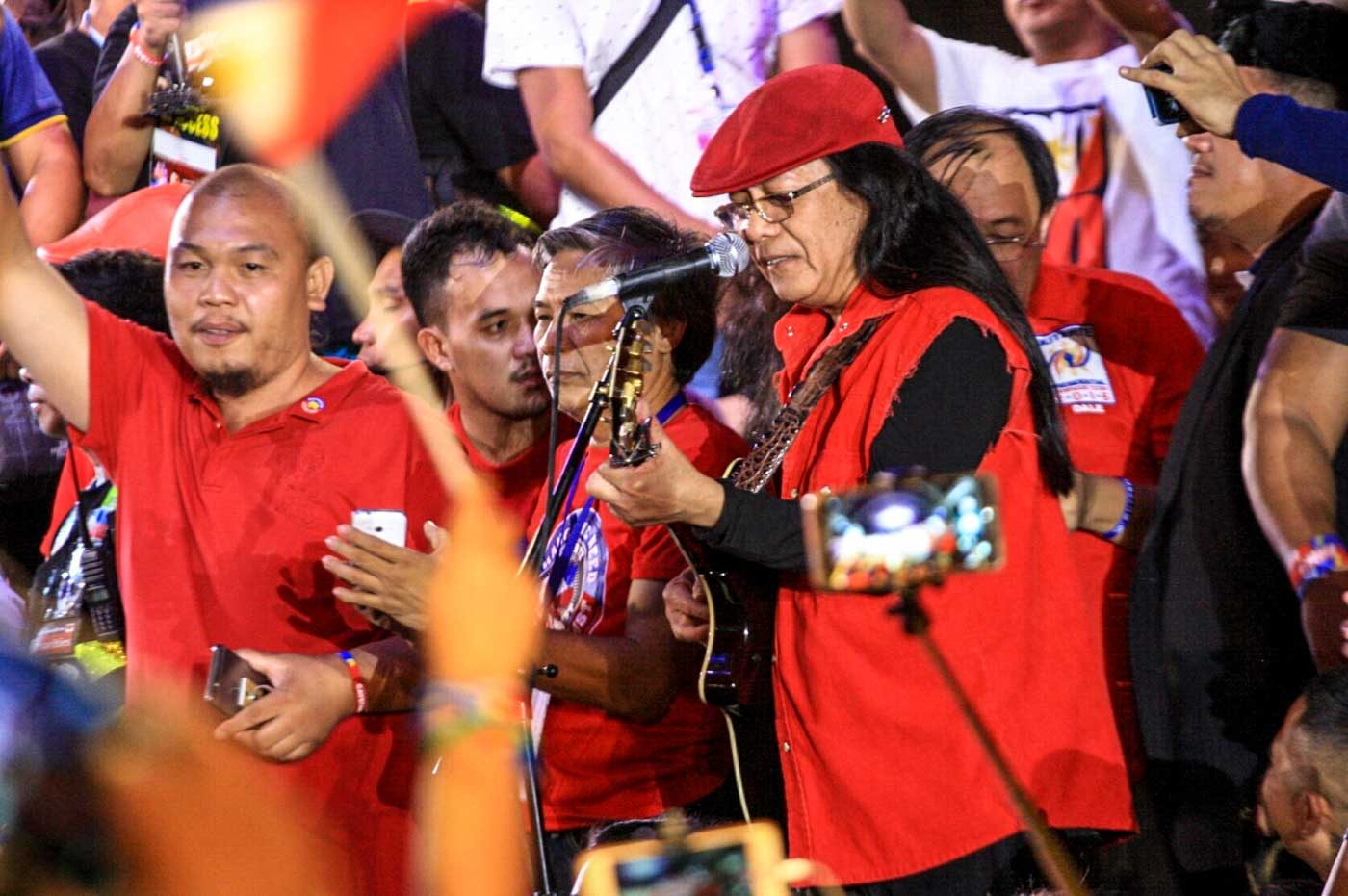 Jomari Yllana is HUNGRY for Change!!!

The Mocha Girls also performed at the event. Duterte’s miting de avance is one of 5 major events simultaneously happening in the metro in connection to the May 9 elections. (WATCH: LIVE COVERAGE: #PHVote 2016 Miting de Avance)

In the latest ABS-CBN survey conducted by Pulse Asia Research, Incorporated  released on May 4, Duterte maintained his lead at 33% over his close rivals former interior secretary Mar Roxas and Senator Grace Poe. Roxas got 22% while Poe was at 21%.

Duterte was recently criticized by Senator Antonio Trillanes IV, accusing him of not declaring millions of pesos in a bank account in his Statement of Assets, Liabilities, and Net Worth (SALN). He was also criticized for his controversial rape joke in April.

This week, an anti-Duterte advertisement paid by Trillanes aired on ABS-CBN. While Senator Alan Peter Cayetano succeeded in getting a temporary restraining order (TRO) on ABS-CBN’s airing of the ad, the network maintained that it was “a legitimate ad.”  (READ: Celebrities react to use of children in anti-Duterte ad)  – Rappler.com