Kiko Matos on Baron Geisler fight: I stood for what I think was right 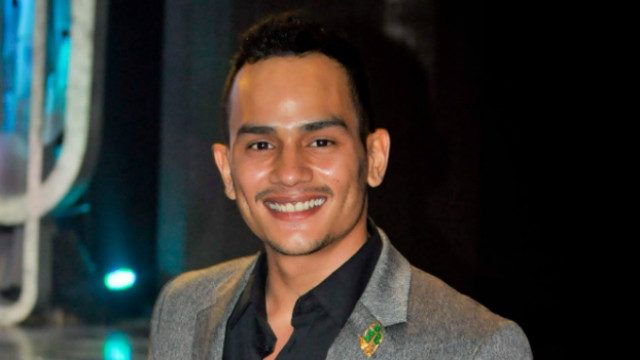 Facebook Twitter Copy URL
Copied
(UPDATED) 'I stood for what I think was right and to let him know na hindi puwede iyong pagaasta niya,' Kiko says on 'Tonight with Boy Abunda'

MANILA, Philippines (UPDATED) – Indie actor Kiko Matos spoke up about his altercation with actor Baron Geisler, which was captured in a viral video circulating online.

He narrated his account of what went on at the fund raising event on Tonight with Boy Abunda, insisting that he had just done the right thing.

Kiko said that Baron had wanted to perform onstage at the event, and requested the latter to “step down.” He continued: “Then on the mic, he told us to get out of the bar. He was saying foul words and we didn’t like it, so I stood up. And when I did that, I got Baron Geisler’s attention.”

In a previous interview on 24 Oras Weekend, Sunday, May 29, Kiko said:

(I stood up and then I told myself to see how brave Baron Geisler is. So I approached him. People were already in between us until I thought it would be better if we shook hands.)

(I know, I admit I was the one who shook hands with him but I just wanted to teach Baron a lesson. He cannot, you know, act as if he owns the place.)

He had a message for Baron: “Baron Geisler ang dami mong sinasabi (you talk too much). Face me, don’t Facebook me.”

(I stood for what I think was right and to let him know that his attitude is unacceptable. It’s just like what people say: he found an equal. I just mustered up the courage to confront him.)

He also said that he is willing to patch up things with Baron: “I can settle with him peacefully. I can step down and say sorry, but if he’s gonna continue how he acts, then I’m gonna let him know, Bro, you gotta change yourself.”

In the earlier 24 Oras interview, Baron via phone explained his side of the story, saying he tried to calm himself.

(He was heckling me too much, like I kept my cool but a person also has a boiling point. He suddenly just hit me when he didn’t have to. Things can be talked over.)

As for his answer to Kiko’s message, Baron said: “Si Kiko Matos, I mean go ahead, I’m willing to fight him, face him, anytime, anywhere.”

Recently, the Universal Reality Combat Championship (URCC) had invited the two actors to “settle [their] score” inside a mixed martial arts (MMA) cage. According to them, the two actors have accepted, and the face-off will be held on June 25 at the Palace Pool Club in Bonifacio Global City, Taguig.

Baron was also in the headlines when he appeared in another viral video, where he was seen in a fist fight with a student who hired him for a school project. Baron and the student, Khalil Verzosa, have since made amends.