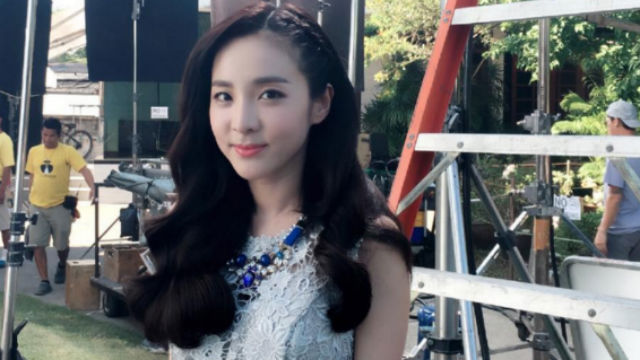 MANILA, Philippines – Korean star Sandara Park is once again set to return to the Philippines very soon, this time as a judge in a reality show.

On Twitter, Roxy Liquigan, Star Cinema’s AdProm director confirmed that the “pambansang (national) krung-krung” – as she is affectionately known by fans – will join Vice Ganda and Yeng Constantino in the show Pinoy Boyband Superstar.

The show was recently unveiled as one of ABS-CBN’s 2016 offerings. According to ABS-CBN News, the “reality show aims to find new Pinoy boy bands that will bring kilig and good music to television viewers.”

Sandara will be back! # pinoyboybandsuperstar

“This is going to be exciting. See you, Kapamilya. Mahal ko kayo! (I love you all!)” she said.

Last April, Sandara was in the country as the endorser of Penshoppe. She also appeared in some TV shows and posed for photo shoots.

Sandara rose to fame in the Philippines in 2004 after she finished as a runner-up in Star Circle Quest, an ABS-CBN talent search show.

In spite of her success and fame in the Philippines, she left to try her luck in her home country of South Korea, after receiving an offer from a major record label and talent agency.

She later became part of 2NE1, one of the most popular K-Pop groups under YG Entertainment. – Rappler.com