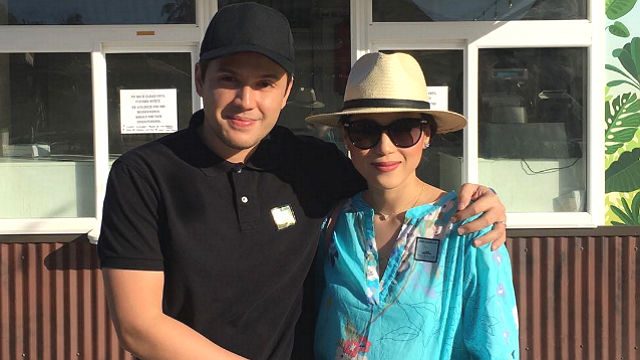 MANILA, Philippines – TV host Toni Gonzaga and husband Paul Soriano confirmed that they are expecting a baby boy this year.

The couple made the announcement Thursday, June 30, during an interview on Tonight with Boy Abunda.

“We’re having a boy. It’s a boy. It’s going to be a mini-Paul,” the director of the upcoming movie Dukot said.

Paul said that it was Toni’s wish to have their first child as a boy.

“I just wanted girl or boy, healthy,” he said.

As for a name, Paul said: “We’re debating now. Of course one is Paul and you know…”

(There is [a name] but I cannot tell because it’s nto yet final because it still changes everyday.)

Toni is scheduled to give birth in the last quarter of the year.

Last April, Toni confirmed that she was pregnant with her first child with Paul. She said that she did not initially announce it because it was delicate at that stage of her pregnancy. (READ: Toni Gonzaga opens up about pregnancy)