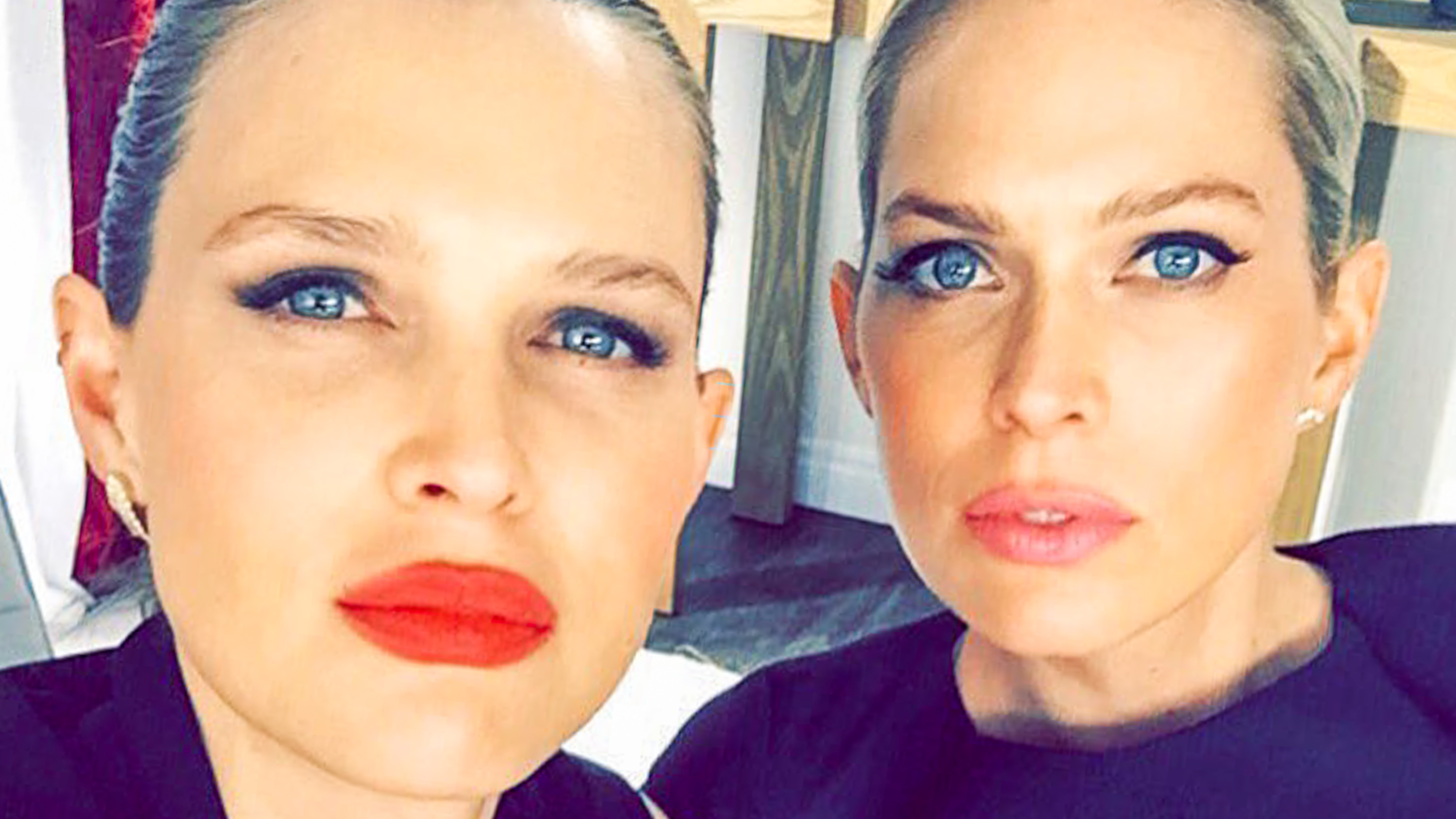 MANILA, Philippines – After rumors flew that their David Foster divorced Yolanda Hadid due to her struggles with Lyme disease, Sara and Erin Foster say they are standing by their dad. (READ: David Foster, Yolanda Foster to divorce)

The two went on the SiriusXM radio show Dirty, Sexy, Funny with Jenny McCarthy and spoke about the situation from their perspective.

When asked if they got along with Yolanda the two girls laughed and said that they got good step-siblings out of the marriage, but now it’s over.

When it was good, it was good,” added Sara. “But to be honest with you, our loyalty is to our dad. Our dad is a really good guy. Let me tell you something. That guy will give the shirt off his back to you, to you, to you. To anyone in this room. If a random person in this studio came up to him and said, ‘Mr. Foster, I can’t feed my family, I need help, my dad would say call my business manager right now, I’ll wire you 20 grand.’ That’s who my dad is, and he doesn’t like credit for it, that’s who he is.”

“So to watch him get dragged into some disgusting, bullsh-t, Daily Mail, social media scandal, all lies, and for no one to come to his defense, that was unfortunate,” Sara continued. “Because to see the way the people talked on the comments on his Instagram – ‘Go kill yourself for leaving someone sick’ – let me just be very clear to everyone: You have no idea what you’re talking about, and you are so off the mark. You are so off the mark on how things went down.”

While the girls said that they can’t truly know what Yolanda is going through, they also pointed out that not a lot of people who are sick would be so vocal about it. Yolanda has spoken about her disease in the reality show she was a part of, The Real Housewives of Beverly Hills, and will soon release a memoir titled Believe Me: My Battle with the Invisible Disability of Lyme Disease.

Sara said, “What I will say is, if you’re capable of continuing to be on a reality show, you’re not dying — let’s be honest. I know sick people. I’ve been to Children’s Hospital. I’ve seen children who are f-cking dying, so it’s not easy for me.”

Erin added, “No one wants everyone to know how sick they are and everyone to see how much they’re struggling, and when that seems to be the focus, making everyone see how sick you are, that’s just confusing to someone who’s trying to be supportive.”

David and Yolanda got married in 2011, a year before she was diagnosed with Lyme disease. Early in the interview, when Jenny brought up the fact that David became known on reality TV because of his association with Yolanda, the girls said they weren’t happy about that.

“But we love him, we have a great relationship with him, and he’s not currently on reality TV,” they said, as news of David and Yolanda’s split came out in December.

A few months after the split, Yolanda said that her health may have contributed to the end of their marriage.

In an interview on The Dr Oz Show in March, she said: “The patient suffers, but the caretakers suffer too. Because life doesn’t only change for us, it changes for the person next to you.”

She continued, “At the end of the day, David never changed, I changed. Unfortunately, these are the cards that life dealt me. It wasn’t by choice. But I’m not the woman I used to be and I probably will never be again. My focus, my energy goes to trying to get well, trying to make a difference, trying to find a cure for my children… and David’s life is really traveling, going to concerts, loud music. And I mean, I couldn’t, I can barely listen to the radio.”

Among her 3 children with real estate entrepreneur Mohamed Hadid, two – Bella and Anwar – were also diagnosed with Lyme disease.

In June, Yolanda said she will not be in the next season of Real Housewives of Beverly Hills.

Getting along with the Hadid kids

Despite their misgivings about Yolanda, Sara and Erin said that they get along with her kids, Gigi, Bella, and Anwar.

“Gigi’s a good girl. It would be really easy not to like someone that beautiful and that cool,” said Sara to the laughter of people in the background.

Sara, 35, and Erin, 33, met Gigi, 21, and her siblings when they were still kids and teenagers. Because of the divorce and their age gap, they said, they don’t get to spend much time together anymore.