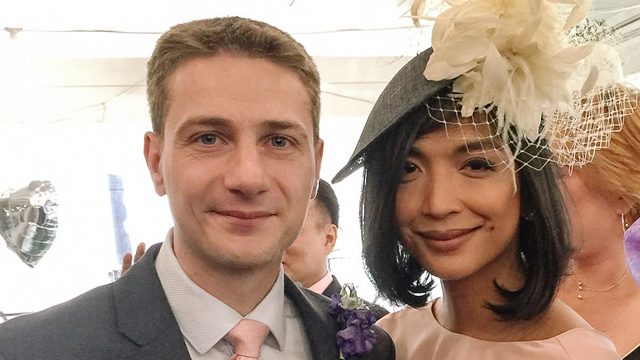 According to a report from PEP, Ate Glow married her British boyfriend on Saturday, July 2, at the Chelsea Registry Office in London, United Kingdom. Her husband has not been named.

Here are photos posted by a certain Yolanda Salome Libre:

In an interview with Rhea Santos on GMA’s Tunay Na Buhay in 2014, Ate Glow said that she met her husband through Facebook.

(I met him in London last year when I visted my best friend. He saw me on my friend’s Facebook, so thank you Mark Zuckerberg. Because of Facebook, I now have a love life.)

In the same interview, Ate Glow shared that her British boyfriend knew about her gender identity.

(He had an idea because our common friend is also transsexual, but he looked at my pictures, too.)

Aside from impersonating the former president, Ate Glow also appeared in TV shows and movies, the last being Moron 5 and The Crying Lady in 2012. – Rappler.com