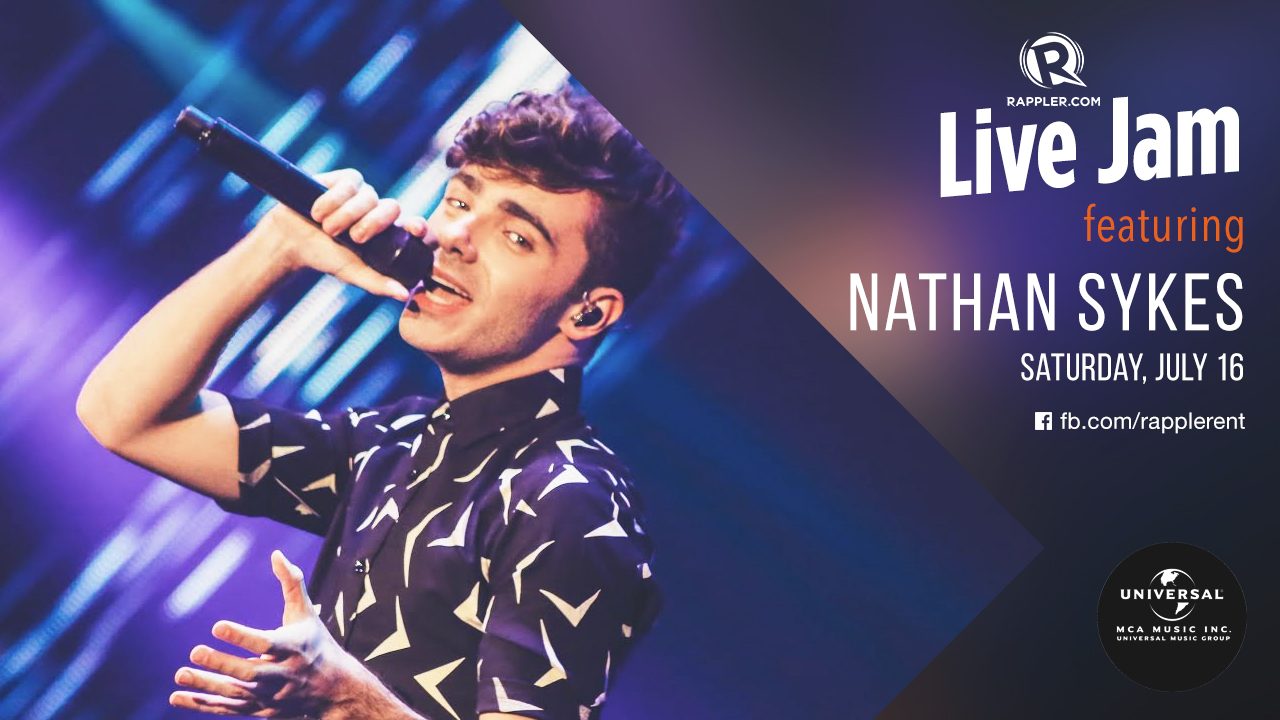 MANILA, Philippines –  Nathan Sykes proves that his vocal chops can take him anywhere – and sky’s the limit.

This lad from Gloucester, England graces the Rappler headquarters on July 16, Saturday, with his velvety, soulful croon and songs such as “Kiss Me Quick,” as well as collaborations “Over and Over Again” (with Ariana Grande) and “Give It Up” (with G-Eazy).

Some may be familiar with Nathan as coming from a band called The Wanted, but he has embarked on a solo music career and is working hard on a new, upcoming record.

‘Over and Over Again’

He recently performed in the Smart Music Live concert last July 14 alongside some of the country’s biggest musical acts.

You can also catch his show at the Mega Fashion Hall in SM Megamall on Saturday evening, 6:30 pm.