Aug 2, 2016 7:23 PM PHT
Alexa Villano
Facebook Twitter Copy URL
Copied
Get to know Gabbi as she steps into the role of the kindhearted but powerful keeper of the Brilyante ng Tubig 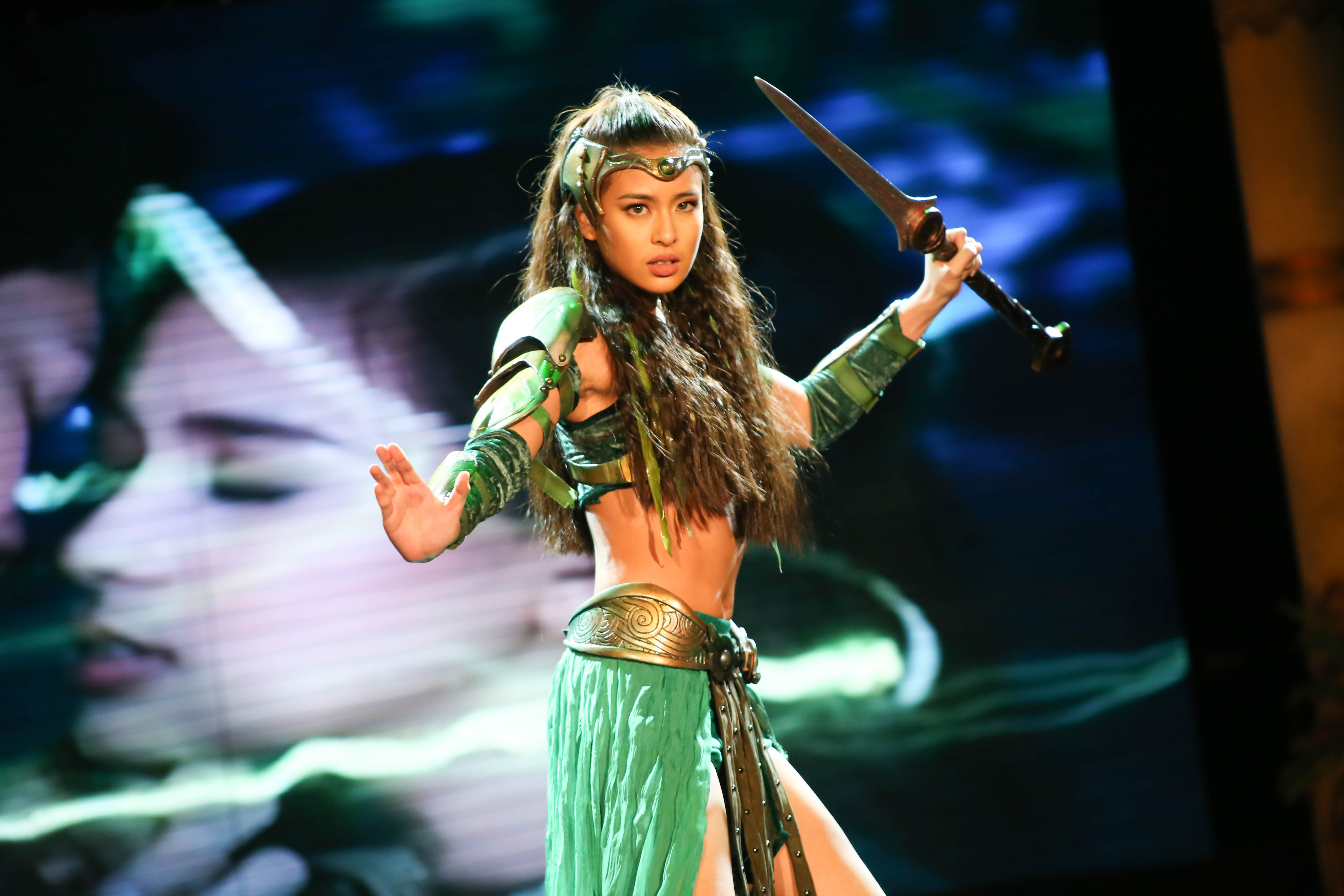 MANILA, Philippines – Gabbi Garcia has come a long way from playing “sweet” roles on TV, captivating audiences with shows like Let the Love Begin, My Destiny, and InstaDad.

Now, she takes on the mantle of the fierce diwata warrior, Sang’gre Alena, who guards the Brilyante ng Tubig (water jewel) in the new Encantadia series.

Let’s get to know more about the interests and passions of the actress behind the character: 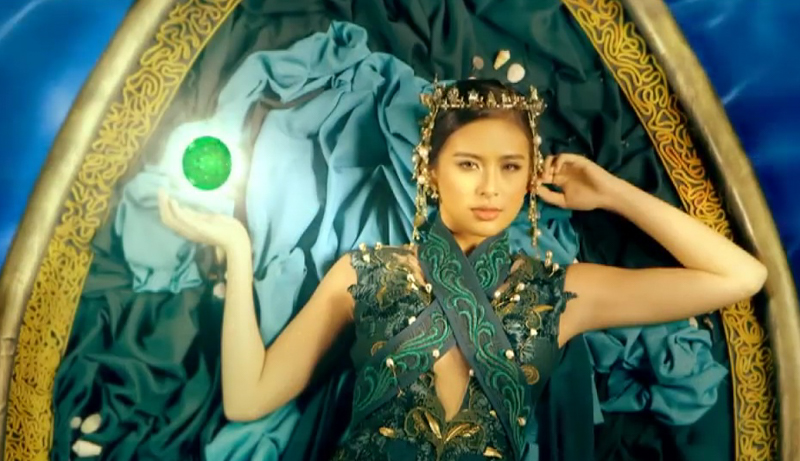 1. Encantadia adds an exciting layer to her tandem with Ruru Madrid.

GabRu fans would be happy that Gabbi and Ruru are still together in the show. Ruru plays Ybarro/Ybrahim, the Sapiryan who captures Alena’s heart. 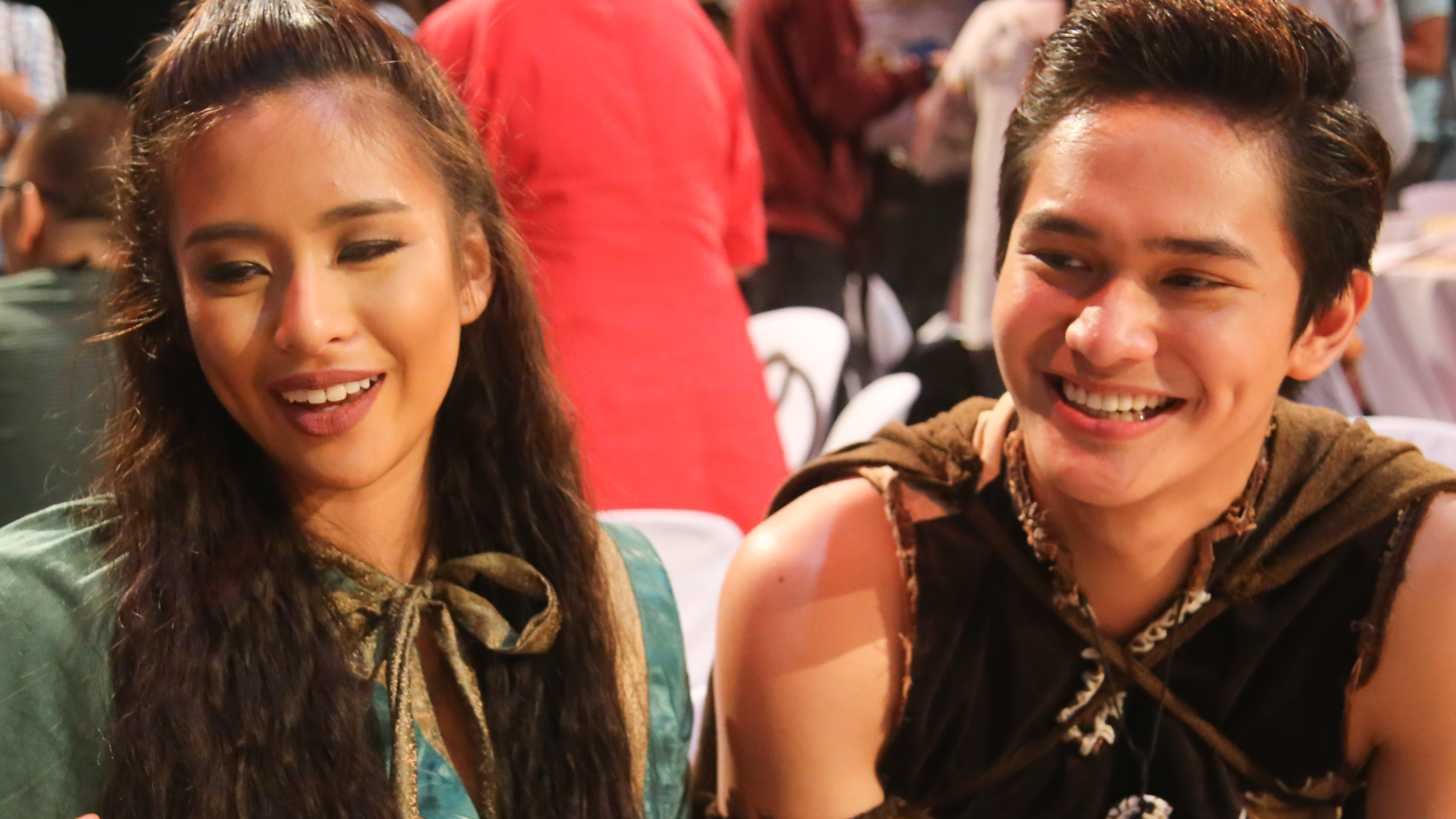 2. Like the other cast members, Gabbi also auditioned for her Encantadia role.

During a blog conference held at Manila Ocean Park last July 21, Gabbi recounted how she auditioned for the show. Before she landed the role of Alena, she tried out for Amihan, which Kylie Padilla eventually got.

In an interview on Tunay Na Buhay, Gabbi shared her experience about auditioning for the show.

“Iba-iba siya kada audition. Kada balik namin, iba yung pinagagawa sa amin. (It was different every audition. Whenever we would come back, they always made us do different things.)

“Na intimidate ako kasi pagpasok ko pa lang nung (I got intimidated when I entered the) room [because] I was the only teenager,” Gabbi said, as she is the youngest among the sang’gre actresses at the age of 17. 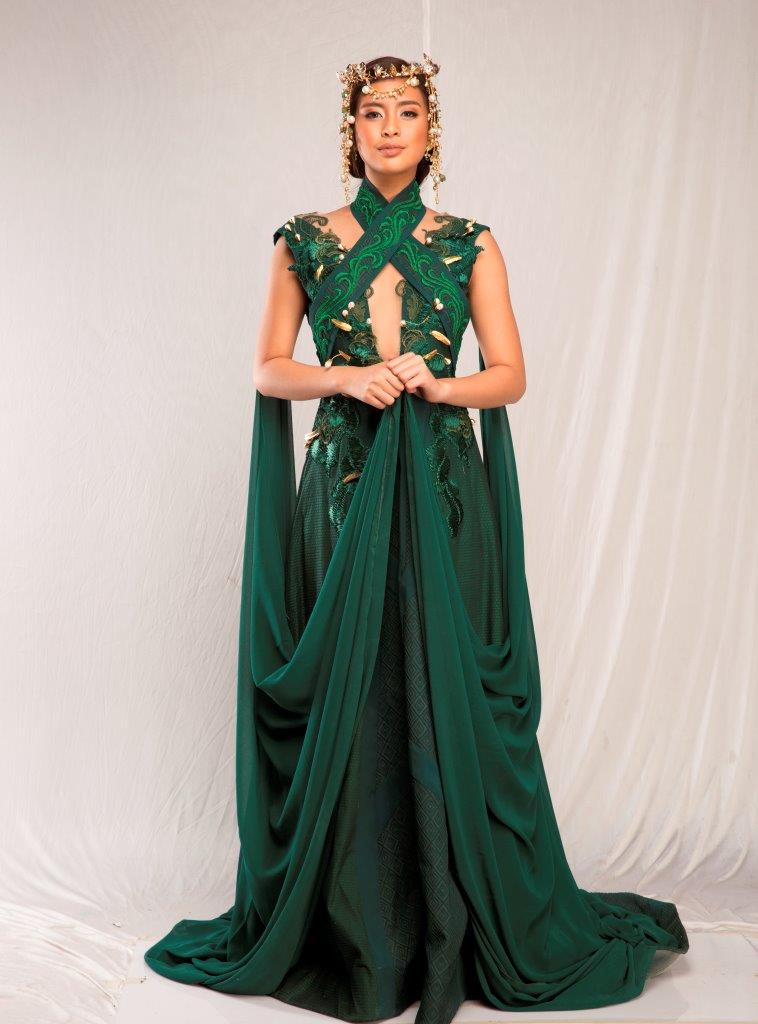 Like Alena – who is blessed with a beautiful voice that can soothe a loved one or subdue an enemy – Gabbi can sing. 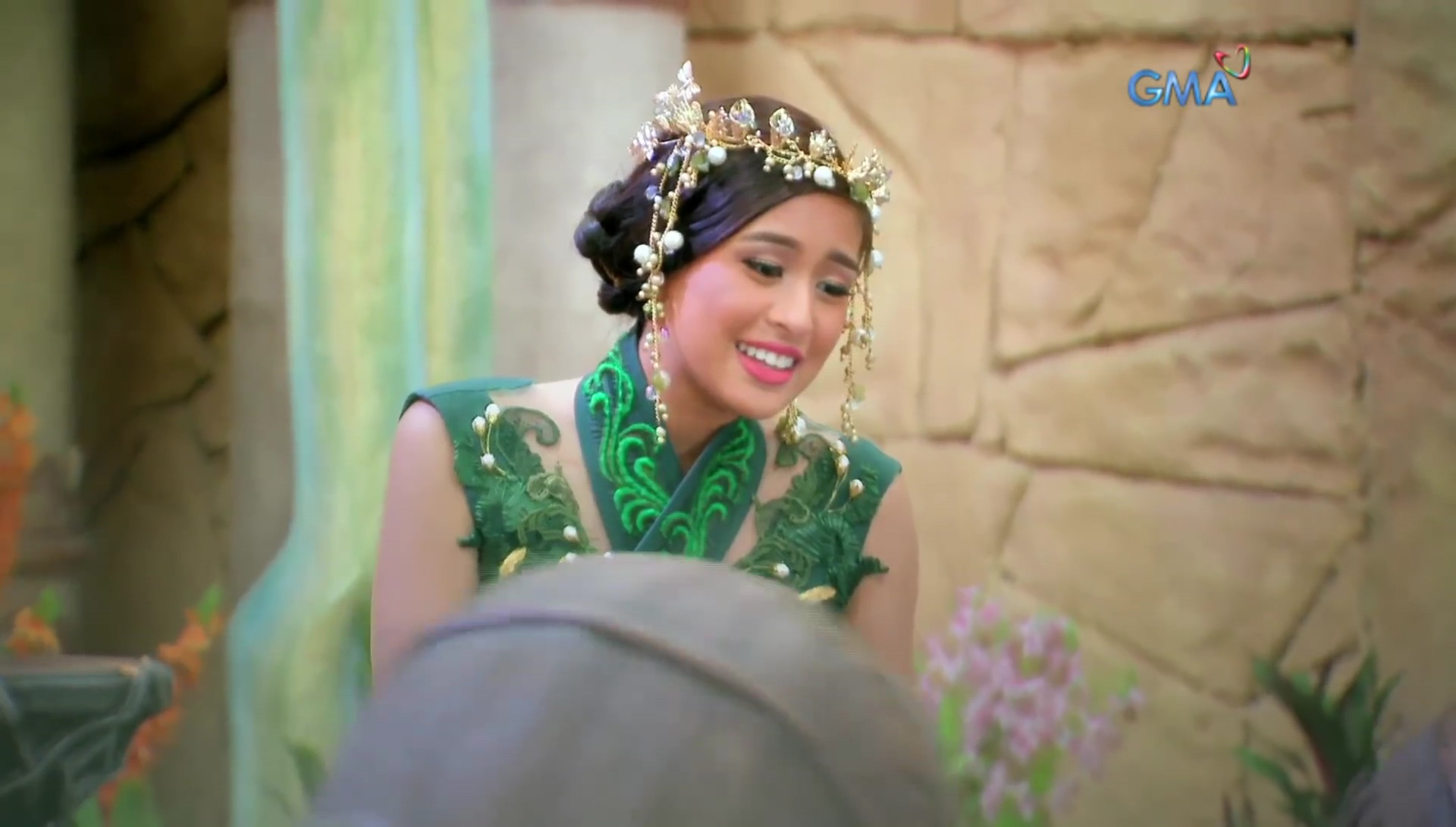 During the blog conference, Gabbi said: “Actually nasa character talaga siya (singing). So I’ll be singing the love theme song but up to now, hindi pa ako nakakapag-record. But I’ll be singing that, and I sang the Lirean hymn, yung “Ivo.”

She and her sister Alex have recorded songs which are posted online, like this cover of “Roses” by The Chainsmokers:

Like her sang’gre sisters Glaiza de Castro, Kylie, and Sanya Lopez, Gabbi was also congratulated by the original sang’gres (Sunshine Dizon, Iza Calzado, and Diana Zubiri), and she got her special message from Karylle through Instagram.

Gabbi recounted: “Remember that first time, the story conference, the one live sa 24 Oras when we were launched? The moment that night, all of the sang’gres tweeted. Miss Iza (Calzado), Diana (Zubiri), and Miss Sunshine (Dizon).

(It was like passing on the jewels to the new sang’gres. I was wondering why Miss Karylle didn’t tweet yet, and I thought it was just a conflict with her network or contract – or whatever. So I wasn’t really sad.)

(And then a few days later, she posted a picture of herself. It was really a simple message. It was not really direct but the message was there. She was holding a spear and it said, ‘This one’s for you Gabbi girl.’)

5. She keeps an active lifestyle for Encantadia.

According to a press release from GMA Artist Center, for her to rock her character’s warrior outfits – which can be quite revealing – Gabbi runs in the morning. She even took a crash course in arnis like the rest of the cast. 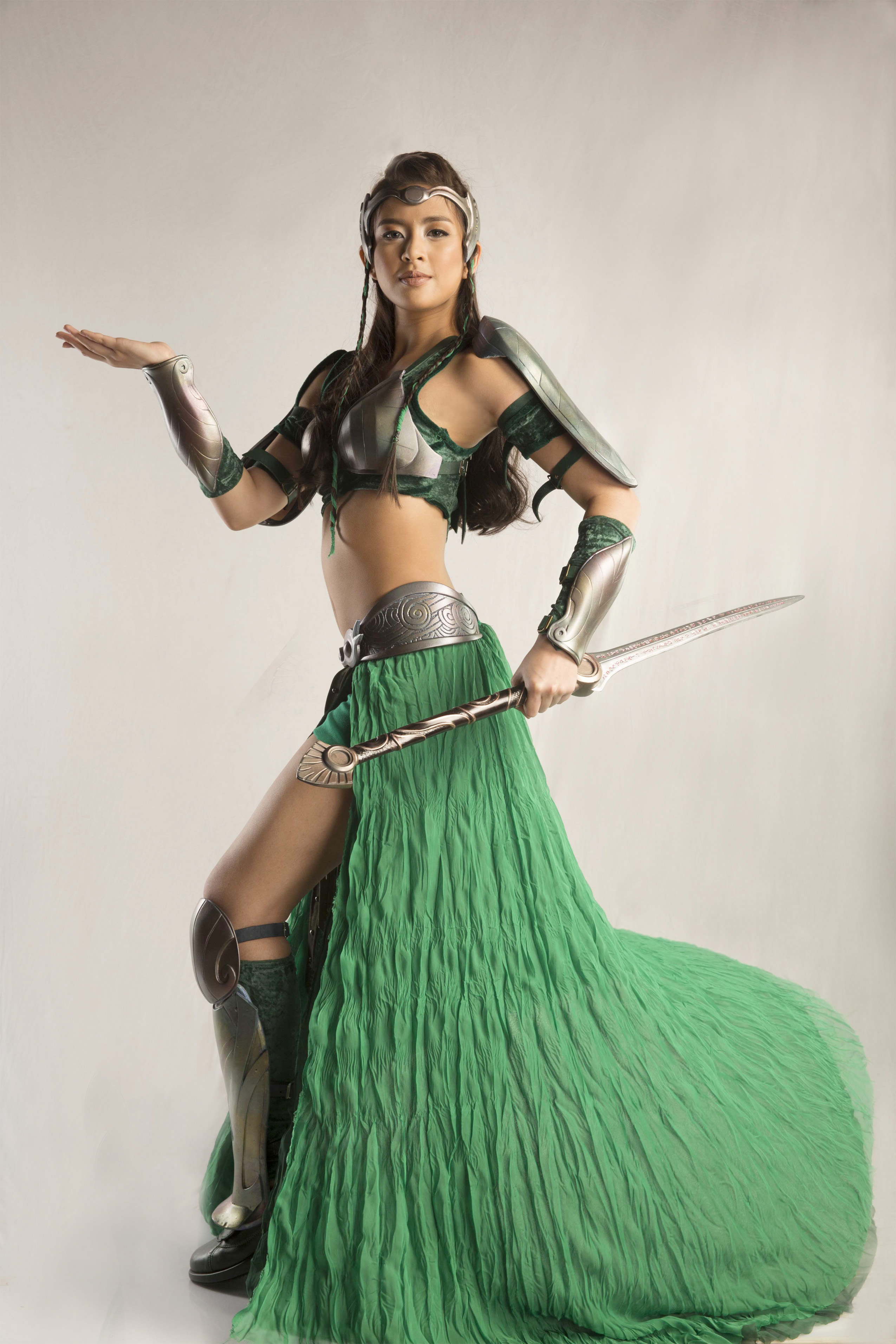 Gabbi also mentioned that she has been mindful of what she eats – even exercising in between tapings, focusing on her core/abs.

Unlike in the 2005 show where Alena had a spear as her weapon, the 2016 Alena now carries a pilum (or javelin) named Agos.

training in a while • thank you @nailandiaspa for doing my nails at yesterday's shoot forever the best service!

Gabbi is a bona fide shoe lover. According to GMA Artist Center, Gabbi “is really a girly-girl” and loves wearing heels.

7. Gabbi is a certified scuba diver.

Did you know that Gabbi loves being underwater?

In an interview on Tunay na Buhay last June, Gabbi talked about being a licensed scuba diver since she was 10.

“Madagat akong tao. (I love being in the sea) In fact, I’m a scuba diver. I [have been] a licensed scuba diver since I was 10 years old,” Gabbi said.

At the blog conference sponsored by GMA Artist Center, Gabbi had an aquanautic experience, which was witnessed by some invited bloggers and media.

8. She wants to record an album.

As a singer, Gabbi said she would definitely love to record an album in the studio one day.

“Gusto ko magka-album (I want to have an album). Sana after Enca or during Enca since I’ll be singing naman sa Enca eventually. I hope that GMA will cook [up] something for me for that album.

“Next to acting, music is my passion. I [did] gigs before I entered showbiz,” Gabbi shared.

Gabbi was recently launched as one of the singers in GMA 7’s web series, Playlist.

During the grand press conference, Gabbi shared her thoughts about how the love triangle with Hitano (played by Pancho Magno) and Amihan (played by Kylie) would put Alena and Ybarro’s love for each other to the test.

“Kuya Pancho… At first, I was really shocked… parang wow. Hindi naman sa matanda siya pero he’s much older than me And he looks older than us,” Gabbi said.

(I’m not saying he’s old but he’s really older than me. And he looks older than us. But then I looked at the character of Hitano, not Kuya Pancho. I looked at Hitano. He really fits Hitano, and knowing Hitano, he’s not the soft kind of warrior… he’s a refined but courageous soldier. And it fits Pancho perfectly.) 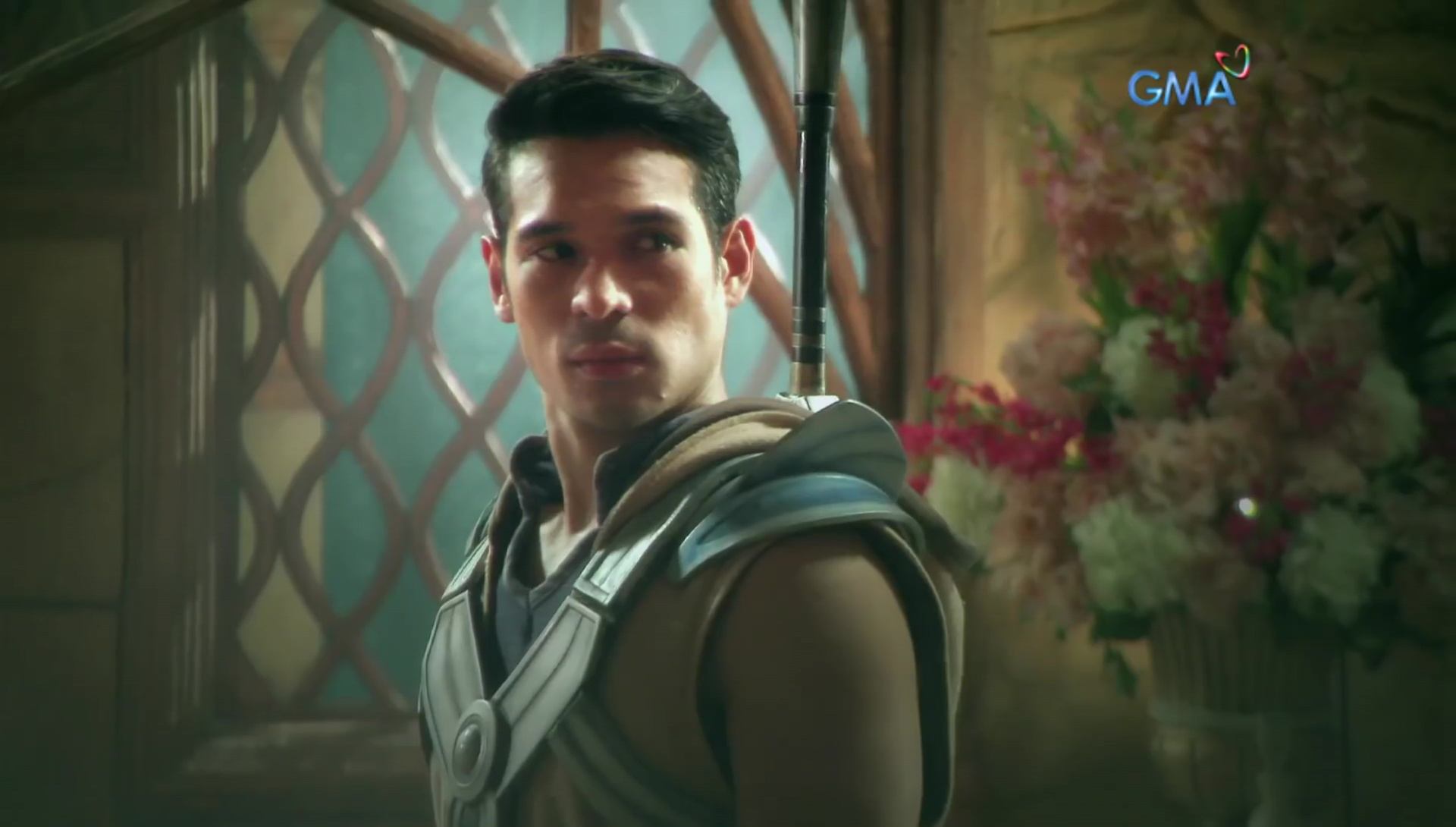 “So nung once nagkasama kami sa screen, nagkatabihan kami sa screen, parang, ‘Wow, it worked.’ Watching the preview, the playback of the scene, it really worked,” she said.

(So when we were together on-screen, we were next to each other, it was like, ‘Wow, it worked.’ Watching the preview – the playback of the scene – it really worked.) 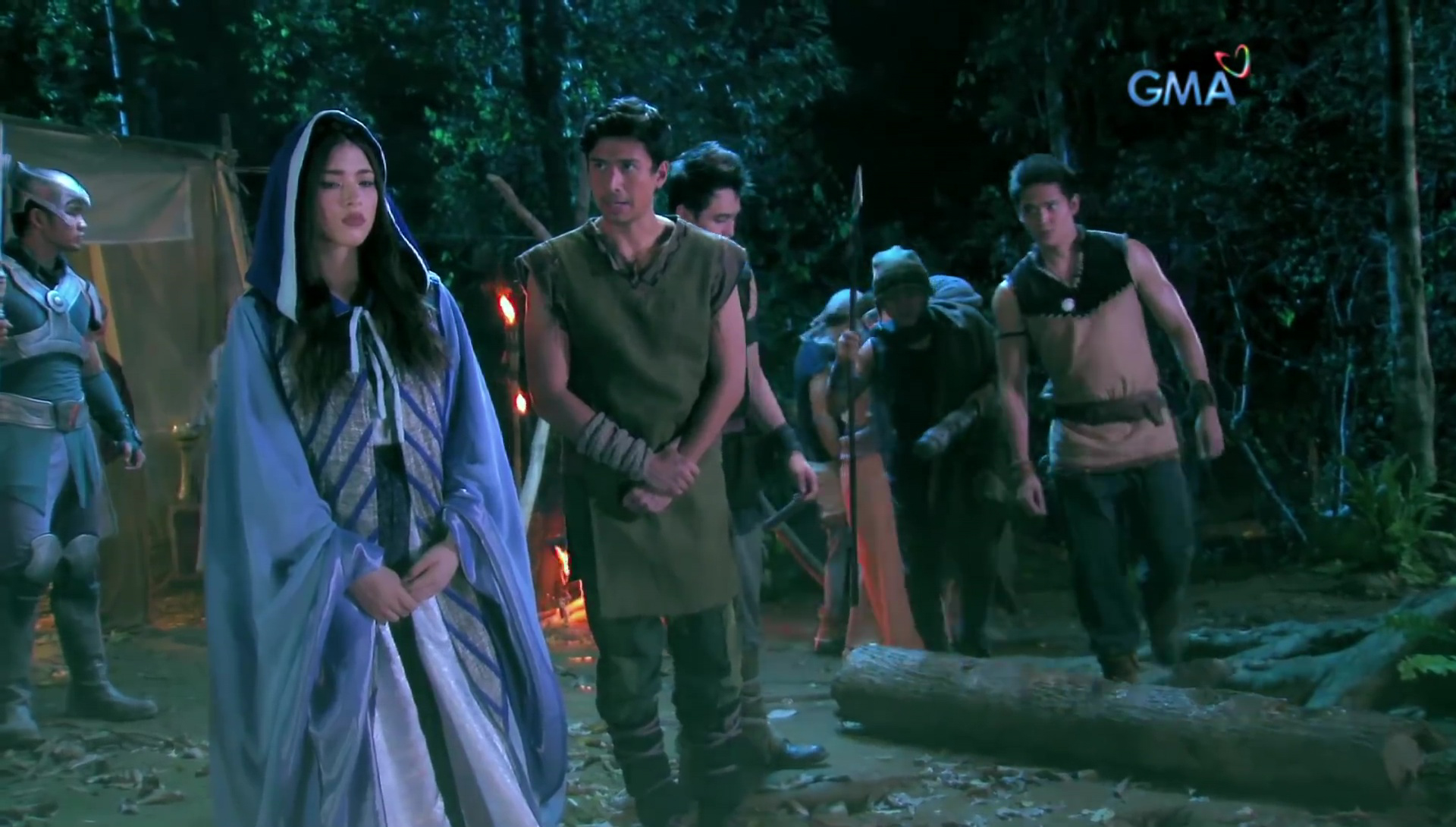 At the blog conference, Gabbi mentioned that she was surprised to learn about the love triangles when she read the script.

(There’s a twist which was not part of the original series, because there’s a love story among the four that made me go, ‘Whoa!’ So you all better stay tuned because even I got shocked.)

10. She also dreams of becoming a beauty queen.

In an interview with PEP in 2015, Gabbi said that she also dreams of becoming a beauty queen and considers 2011 Miss Universe 3rd runner-up Shamcey Supsup as her role model.

During the blog conference, Gabbi, who is turning 18, said she that still wants to fulfill this dream. However, for now, she would like to focus on her acting career.

“It’s still there, my dream is still there, but right now, I’m trying to focus on my career since blessings are coming. I don’t want to let go of that first.