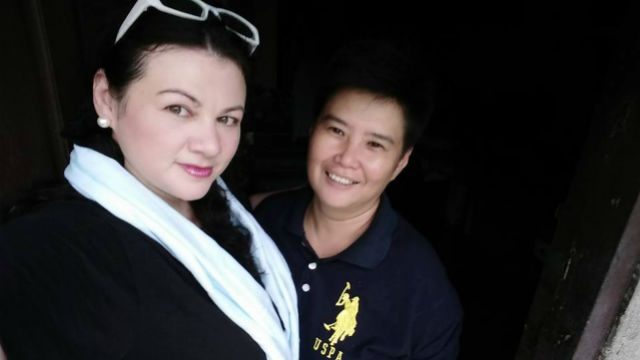 MANILA, Philippines – Actress Rosanna Roces said that she and partner Blessy Arias will marry in Canada next month, where same-sex marriage is legal. The couple will have another ceremony in the Philippines scheduled in December.

In an interview on Rated K, Sunday, July 31, Rosanna or Osang shared how she asked Blessy if they could finally get married. The two first met when they were teenagers.

The couple expressed how they are looking forward to spending the rest of their lives together.

“I’ll never have to sleep alone at night,” Blessy said, as Rosanna added: “Sarap ‘no (It feels good right)?”

(I’m just glad that I readied myself to be single so that when my ‘forever’ arrives, I’ll be single. So you know, it just really stuck to my head that you have to learn how to wait.)

Last February on Tonight with Boy Abunda, Rosanna confirmed that she was in a relationship. She was previously married to Tito Molina. – Rappler.com