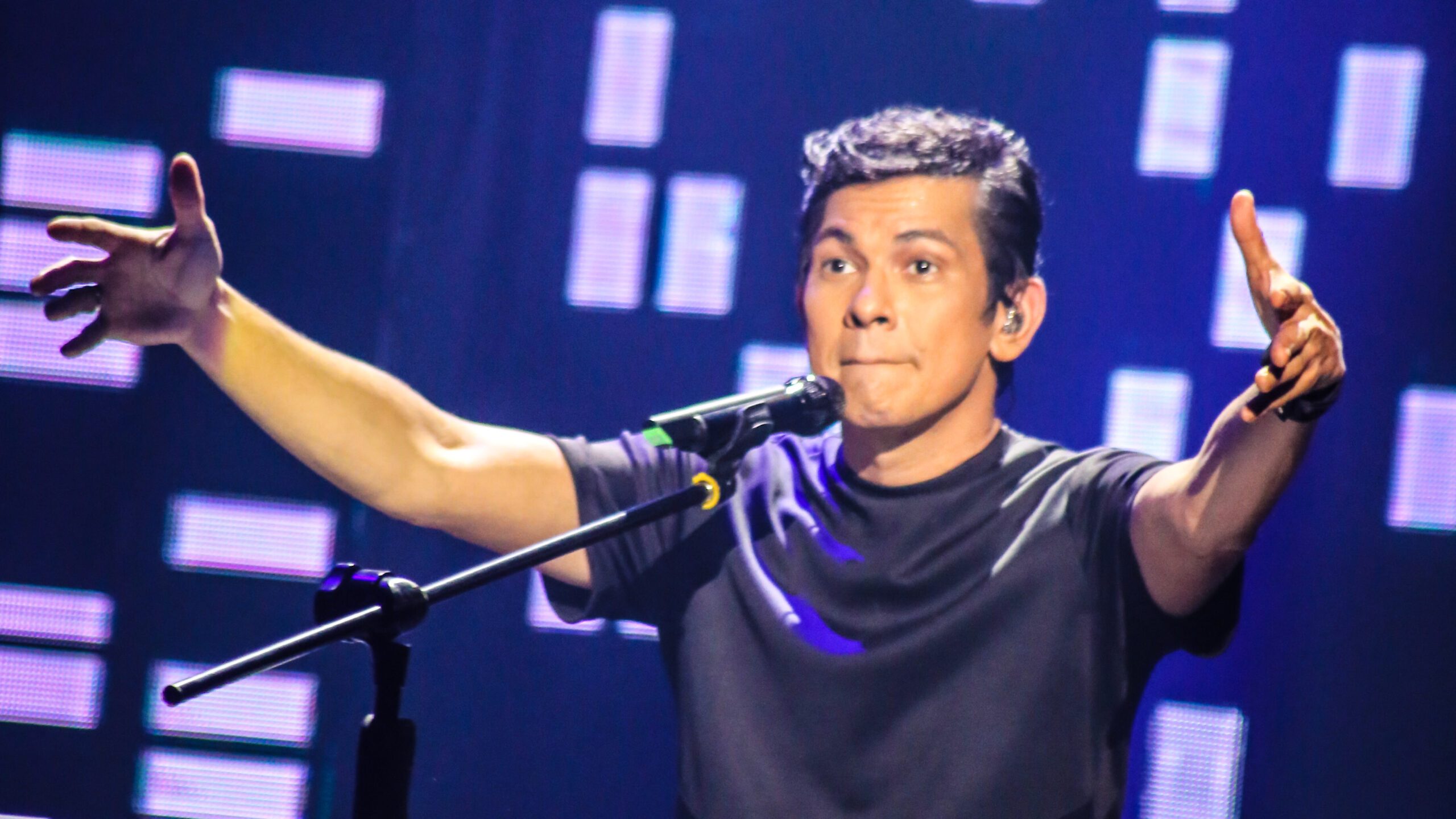 Facebook Twitter Copy URL
Copied
'I'm presenting the best of what these artists can be, and what I'm presenting is probably just a piece of the pie, because they're so talented,' Gary says of the new breed of talent he has brought in for his show

MANILA, Philippines – With 33 years of experience in the industry under his belt, Mr. Pure Energy Gary Valenciano is not winding down. Still putting on high-octane performances on-screen or on-stage – in its latest culmination, his Gary V Presents concert series – the Filipino entertainment icon really lives up to his moniker.

“It is amazing because I never planned to even enter this,” said Gary V of his career spanning over three decades, officially entering showbiz on May 13, 1983, having been accepted into the musical group Kundirana.

In Gary V Presents, he shared the stage with a new breed of talent – showing how he’s ready to admit that the learning never stops even after all these years. His generosity shows, willing to give the younger ones a chance in the limelight – whatever it takes.

This is clearly reflected in his show, filled with his crowd-favorite tunes – but also avenues to let the younger ones shine with their unique styles to interpret his songs.

With Gary and his show, the timeless and the new converge.

Certainly, he has seen a lot of changes in how things are run in the industry, and of course, the personalities involved. But with all things in flux, what is the one thing that has not changed in him?

“I think the industry in itself, very little has not changed,” Gary said in an interview during his Live Jam last July at the Rappler studios.

“You have artists that have changed. You have what songs are saying – that’s changed. The way people look at things – that’s also changed.”

Gary mused even if so may things changed, looking at himself, his passion has always remained. “If at all, it’s only gotten stronger and gotten deeper,” he said.

Gary recognized that the things that people seek had “never changed” – especially in songs: “It’s not just to be entertained, but people are always looking for something that a song is saying that they can latch onto, and use or take home with them – [something] that they can digest deep inside their hearts.”

Although Gary knows what has not changed, this doesn’t mean he’s not going to incite change. If anything, Mr. Pure Energy knows how or when to shake things up – as he likes to do in his Gary V Presents concert series, whose latest run happened last July 15 to 16 at the Kia Theater in Quezon City. (WATCH: Gary Valenciano shares 3 most embarrassing concert moments) “One of the things I say in the concert, Gary V Presents, when you reinvent a song, there are questions that come into one’s mind. One is: how much did you change it? Should it sound different? Or should you even tamper with it at all or just leave it as is? “It’s a delicate balance,” he said, “but if a song is a hit, many times, you just wanna leave it as is.”

“Unless it’s a song that you’ve done so many times in the recent past that you know people are already expecting, ‘Ah, he’s gonna do the same song.’

“But if you twist it a bit with certain, maybe, different people that you wanna do it with, or maybe make a production out of it, then for sure, that’s something that people will latch onto also.” His concert wasn’t just a giving the next generation a platform to shine, though. Gary said that working with them gave him a chance to be challenged, too – a testament to his generosity and commitment to nurturing talent. As much as he’s ready to share his talent, he has recognized that mentoring is really a two-way street.

“They’re all doing things that are going to challenge me as well,” he said about the acts in his concert.

“I wanted to meet them halfway. I didn’t want them to just adjust to the fact that they’re singing with me. I wanted them to shine, so I am adjusting to what is required to make them shine.”

His Gary V Presents set comprised of his biggest hits. While some were given that timeless touch, others were given refreshing twists – to mention a few: a folksy take on “Babalik Ka Rin” with Bullet Dumas, and a mash-up of “Hataw Na” and Gloc-9’s “Sumayaw Ka” with Janice Javier.

Indeed, there’s also a chance to learn from these younger musicians. “They teach me something every day: the control of the voice. Sometimes, when they do their adlibs vocally, they take their vocal gymnastics to notes that I never thought could be used, and then I just inject that to the way that I perform live.”

Gary V Presents for him, is a way of “paying it forward.”

He explained, “We have a reputation for being a show that even people in the industry need to see because I have a feeling that even if some of them are in recording companies already, they haven’t yet been maximized in being allowed to bring out the best in what they do.”

This, according to him is the objective of his show. “I’m presenting the best of what these artists can be, and what I’m presenting is probably just a piece of the pie, because they’re so talented,” Gary said.

On songwriting and ‘unconditional love’

Gary V’s signature tracks have definitely turned icons themselves, have their meanings ever changed or have they taken a new context throughout the years? As a singer-songwriter who created these tunes, he considers his own story in response, pointing out that he started out as a pop musician, and then in 1985, he accepted Jesus Christ as his Lord and Savior. “Even if I try and write a song that’s pop-oriented, somehow, it will always find its way going back to what I feel people are on the lookout for, and that is, not just love, but the unconditional kind of thing.

“Might sound like a cliché – unconditional love – and sometimes, people think it doesn’t exist, but it does. My career has lasted for this long simply because of that unconditional love that’s been shared with me. I don’t deserve being around for so long, and yet I am. I’m around.” Today, Gary V is onto bigger and better things, including helping to nurture fresh talent by giving them a chance in the spotlight – which also challenges him to grow more even after all these years. – Rappler.com