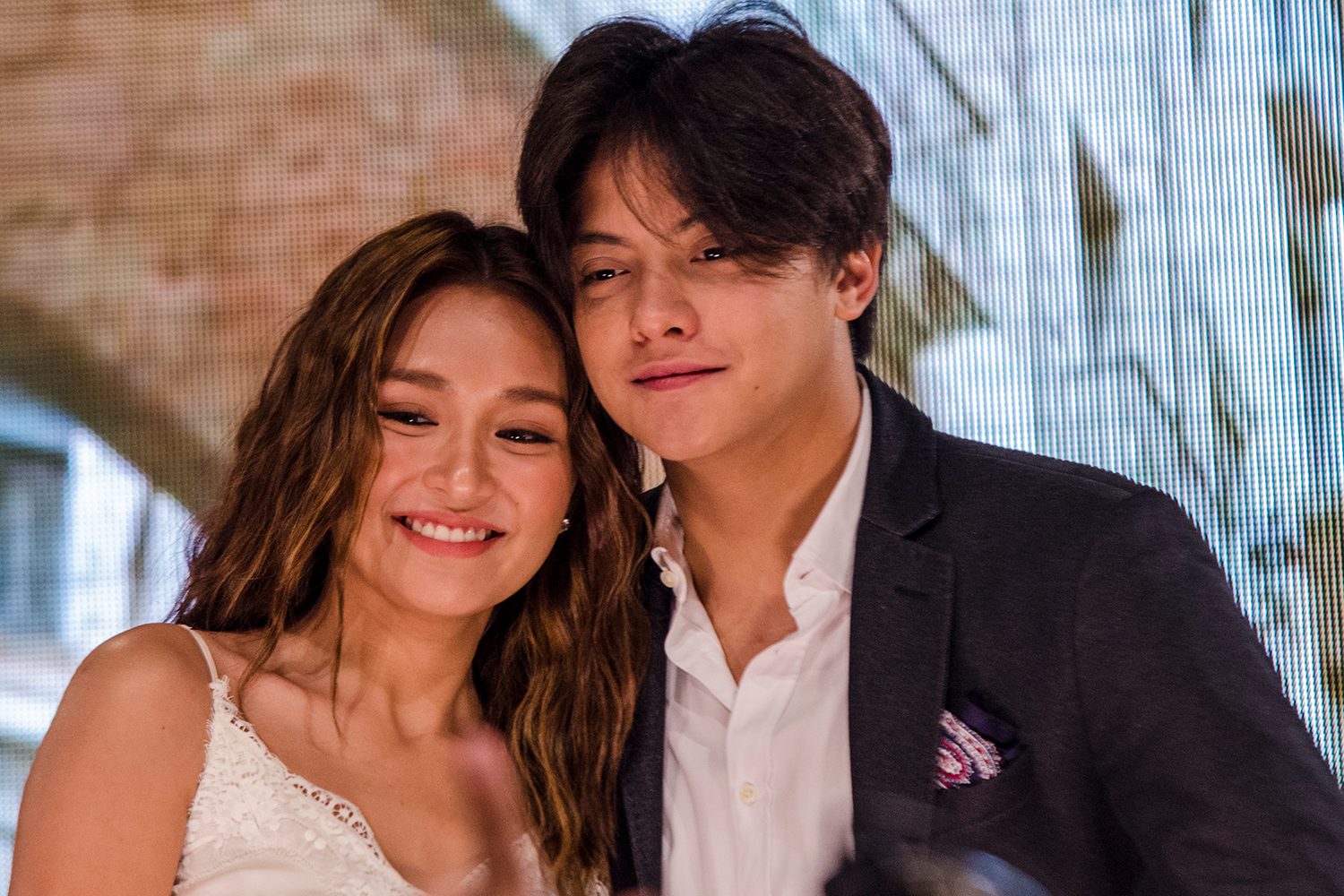 MANILA, Philippines – The tandem of Daniel Padilla and Kathryn Bernardo returns to the big screen this September with the movie Barcelona: A Love Untold under Star Cinema.

The movie is their follow-up project after the success of Pangako Sa’Yo, which ended earlier this year. Also the stars of films like She’s Dating the Gangster and Crazy Beautiful You, the two have come a long way. Here are some interesting facts about their new movie:

1. ‘Barcelona’ is their first movie under director Olivia M. Lamasan. During the press conference of the movie on Tuesday, August 30 at the Dolphy Theater, both Kathryn and Daniel shared some of their experiences working with one of the country’s top directors and meeting Filipinos in Barcelona.

(I guess one of the most memorable moments was when we met the Filipinos there. Those who work there, whom we were able to spend time with and who helped us after doing the scenes in Barcelona, we we did get to know them better.)

(She taught us to be humble there in Barcelona because no one was uppity there, that was not allowed at all…)

When asked how the director brought their acting in the movie, Kathryn said: “pigang-piga as in.”

(It was really all out. If it’s Inang, we don’t know how she does it, how she manages to squeeze out the emotion that is needed, no matter how simple or heavy the scene is. I guess that’s why she’s Inang. And she really gave all this guidance in this movie – how we should deliver the line, how to cry in the scene. Everything, as in she was really monitoring everything. And we’re very thankful that Inang accepted this project.) (DJ and said that we really felt we were back to zero. It’s like we took another course in Inang’s world when we’re on set. Because, everything we studied before, is not enough. Like we felt we need to improve ourselves more and all.)

“Not entirely, not really,” she said when asked if it was a story about OFWs. “Its very core is a love story. It’s a love story, which was there na doon na set sa Barcelona.”

Carmi also said that prior to the shooting, she and direk Olivia went ahead of the cast to interview some of the Filipinos who were working there.

3. The KathNiel love team, 5 years strong. During the press conference for the movie, the two were asked as to whether they still have something to share about their blossoming relationship, after admitting they were exclusive to each other. (READ: Kathryn Bernardo on ‘exclusive relationship’ with Daniel Padilla) 4.The movie is Aiko Melendez’s reunion project with Olivia Lamasan.

Barcelona also reunites Aiko Melendez with direk Olivia. The two worked together in Maalaala Mo Kaya The Movie in 1994, which was also the first movie of the director.

(Like what KathNiel said, there’s really pressure. For me, having been in the industry for a long time, I really went back. It was in this movie that I had to do 3rd takes!)

(And this is not just about a breakdown [scene] or what, it was a simple one like what Kat said…because she was really very detailed-oriented.)

According to Aiko, when she got the offer to do the movie and found out it was Olivia Lamasan who was directing, she said yes without even reading the script. For Barcelona: A Love Untold, Mr. Pure Energy Gary Valenciano has been asked by the people behind the movie to sing the theme song “I’ll Never Love This Way Again.”

6. The importance of Sagrada Familia in the film.

One of the most iconic landmarks in Barcelona is the Sagrada Familia, a church which has yet to be finished, despite starting construction in 1882. Carmi Raymundo explained why they decided to film in Barcelona.

(Why Barcelona? First of all, the role of Sagrada Familia is very special. Because when I saw it…I read the story why it was created. That Sagrada was built as an atonement in asking for forgiveness for the sins of the city of Barcelona at that time.)

(So when it’s finished, as the character of Ely said that it will be the world’s most beautiful apology. And it was amazing because  the church became a metaphor, the Sagrada in Spain, and for the love that developed between the characters…)

A photo posted by Basílica de la Sagrada Família (@basilicasagradafamilia) on Jul 9, 2016 at 5:23am PDT

7. Kathryn and Daniel change their look for the movie. According to Daniel and Kathryn, aside from the acting, they also had to change up their look for the movie.

Daniel explained the story behind his hair.

(The story was it just grew longer and longer […] so that time when I arrived at the set, the scene was I just woke up, I was so lazy to fix my hair because it was still early and so I went back to sleep.)

(When they woke me up, I was not able to fix my hair anymore, and Inang liked it, so okay – new look.)

When asked who was her peg for her new look, Kathryn said direk Olivia gave her a specific look.

(Inang really gave a specific look for my hair. Because when they went to Barcelona to have an ocular, a lot of people really had this look. And when we were shooting, there were some people who would pass by with something like Mia’s outfit and this was like amazing…that’s why I had to color my hair and we had to color it many times to achieve the right look, as well as how to curl it right[…])