Chris Brown’s record of violence, run-ins with the law 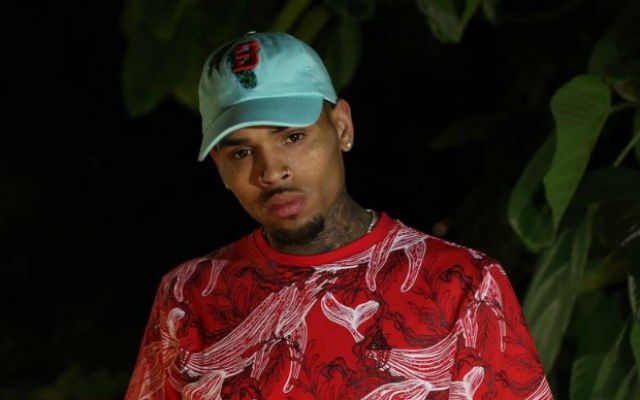 NEW YORK, USA – Chris Brown’s arrest after a bizarre standoff with police has reinforced a reputation the singer is unlikely to want – as one of the world’s most high-profile perpetrators of domestic violence.

The artist who rose from a local church choir to sudden pop fame was released on $250,000 bail late Tuesday, August 30 after a woman alleged that he pointed a gun at her.

The 27-year-old R&B singer and rapper was arrested after keeping officers outside his palatial Los Angeles home for hours as he took to Instagram to upbraid the police to his legion of fans.

Baylee Curran, the winner of the Miss California Regional beauty pageant, said Brown threatened her after a night of partying when she admired the jewelry of one of the singer’s associates.

Brown will appear in court on September 20 to hear whether he will face charges, the district attorney’s office said. Brown said he was innocent.

But Brown pleaded guilty in the best known of his many legal run-ins – beating his then girlfriend Rihanna ahead of the 2009 Grammy Awards.

Rihanna was forced to miss the music industry’s gala as an aghast public saw pictures of one of the world’s most famous singers with severe bruises on her face and her blood in Brown’s car.

Shocking fans even more, Rihanna reconciled, albeit temporarily, with Brown who was sentenced to 5 years probation and 6months of community service.

Another woman also accused Brown of battery earlier this year in Las Vegas. Among other incidents, Brown was arrested in 2013 for punching a man who tried to take a picture with him outside a Washington luxury hotel.

Such notoriety came, in pop star years, late in Brown’s career. Raised in rural Tappahannock, Virginia, Brown began singing as a child in a church choir where he found himself overcome by emotion.

“I started crying for no reason and my mother was like, ‘That’s the Holy Ghost, baby,'” Brown later told MTV.

Legend holds that record label scouts discovered him at age 13 while he was working at his father’s gas station. First identified as a rapper, Brown impressed his audiences by singing in a rich, melodious voice with a capacity for higher ranges, as well as dance moves that showed clear inspiration from Michael Jackson.

His first single, “Run It!,” reached number one on the US chart. It appeared on his self-titled 2005 debut album which earned him his first Grammy nominations.

Yet Brown had been scarred by his childhood. Little more than a year before he beat Rihanna, he told talk show host Tyra Banks that he watched his mother endure years of abuse at the hands of her boyfriend.

Brown said that the domestic violence at home affected his views on women and that he wanted to “treat them differently.”

Rihanna has said that she also grew up witnessing abuse against her mother. She said her overwhelming love for Brown made her overlook danger – a dynamic to which she appears to allude on her latest single, “Love on the Brain.”

Brown in an interview with The Guardian said he lost his virginity at age eight to a teenage girl – which he laughed off as a sign of precocious sexuality shaped by viewing pornography, although commentators noted that from a legal standpoint he was raped.

Some of Brown’s fans have argued that he is a victim of racial double standards, with the media quick to gloss over abuse claims against white stars.

Brown on his Instagram videos voiced support for the Black Lives Matter movement against police brutality, calling the police “the worst gang in the world.”

Coinciding with his personal woes, critical praise for him has slipped. While he remains a major selling artist, only his 2014 album X, which featured star collaborators including Kendrick Lamar and R. Kelly, won the acclaim of his early work.

Brown has also been involved with scuffles with fellow artists including Drake and Frank Ocean, to whom he reportedly used a homophobic slur.

In one of the most bizarre incidents, he was barred last year from leaving the Philippines in a dispute over not performing a concert, also leading him to post Instagram videos where he alternatively lashed out at authorities and danced. – Rappler.com