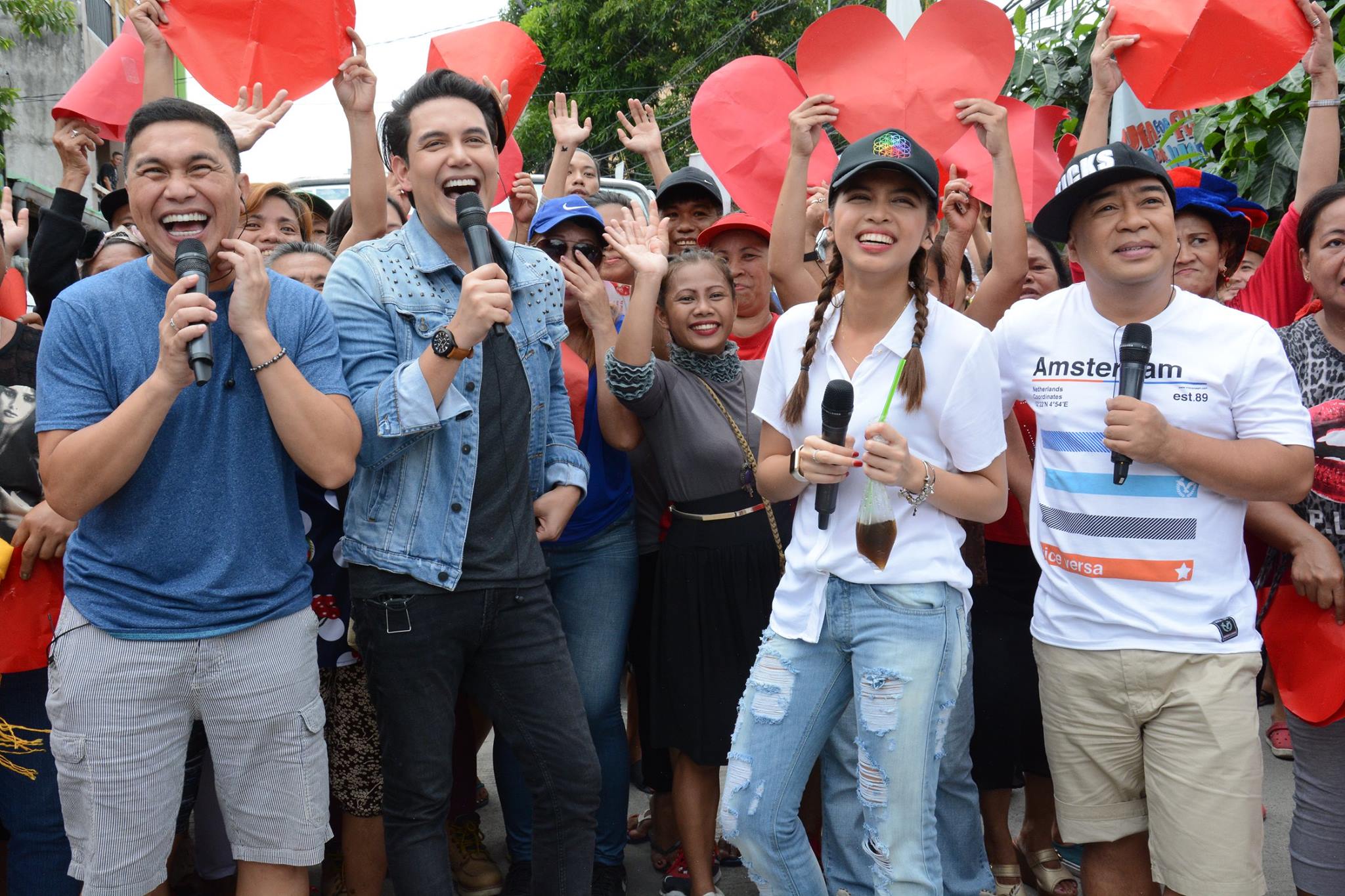 MANILA, Philippines – After being away for 6 months from Eat Bulaga, Paolo Ballesteros returned to the hit noontime show on Monday, September 5.

Paolo was greeted by the audience from both the studio and the barangay they visited as he sang along to the Black Eyed Peas song “Where Is The Love?” (playing in the background) with Jose Manalo, Maine Mendoza, and Wally Bayola.

Jose then joked that Paolo just came from Chicago, with Joey de Leon adding “May event tayo sa Subic.” (We have an event in Subic.)

(If you’ve noticed, we’re all complete, watch out who among us won’t be around next week.)

Talk that Paolo was reportedly suspended last March started after he posted rants on his Facebook during an event in Subic, where the hosts of Eat Bulaga were present.

Although he has neither confirmed nor denied the suspension, he said in July that he was hoping to return to the show.

(Yes, it’s really overwhelming on Twitter. When I check my social media accounts, it’s all, ‘I miss you, I miss you.’)

“Pati sa Instagram, ‘yung mga comments, puro ‘I miss you, I miss you,'” he added.

(Even on Instagram, all the comments are ‘I miss you, I miss you.’)

When asked what he learned from his “suspension,” Paolo said: “Bawal ang maldita.” (Don’t be a bitch.)

Before he took a break, Paolo played the role of Lola Tidora in the show’s Kalyserye segment, among others.  – Rappler.com