WATCH: James Corden performs ‘Everybody’ with the Backstreet Boys 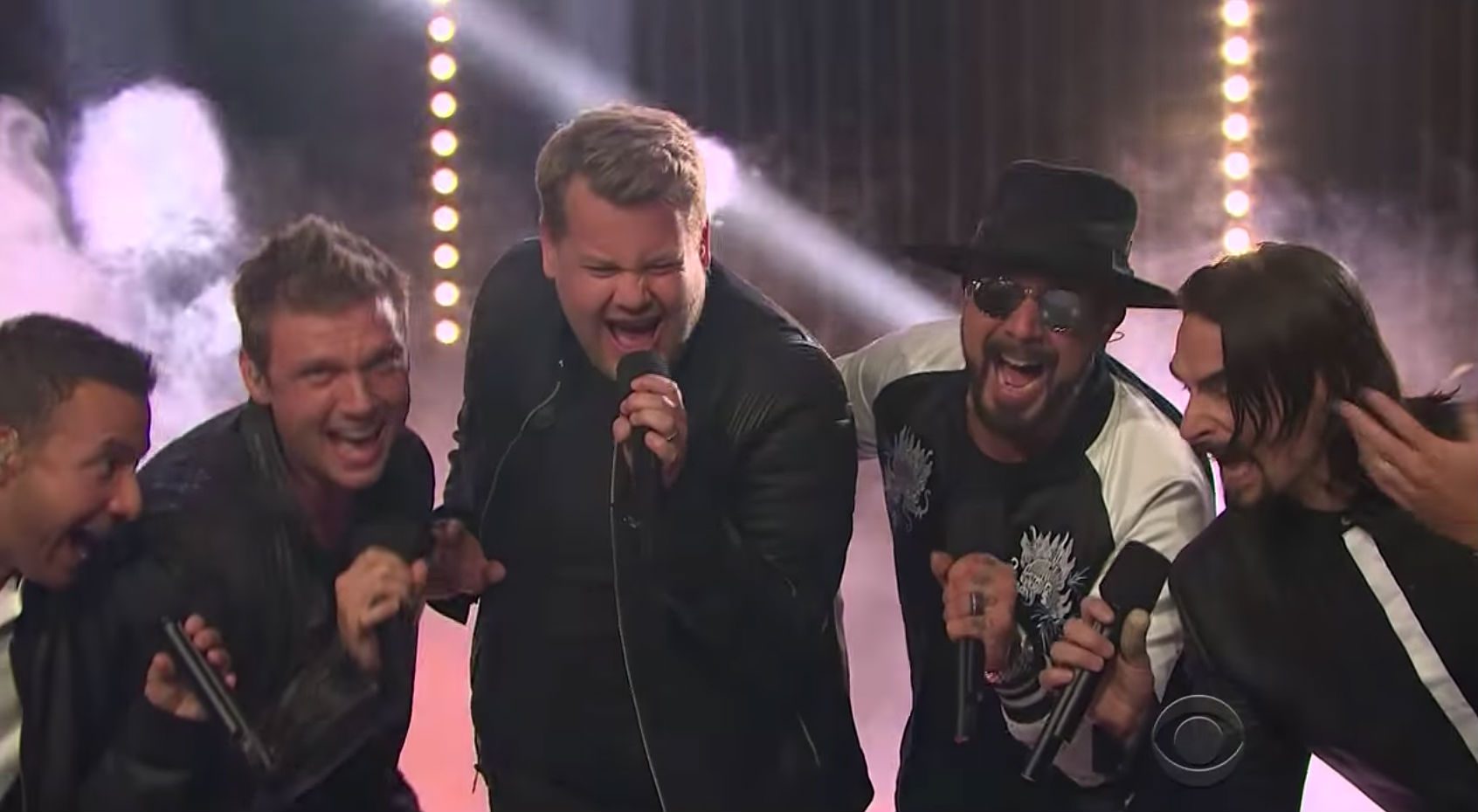 MANILA, Philippines – TV host James Corden joined in on the fun with the Backstreet Boys during the group’s appearance on The Late Late Show with James Corden Tuesday, September 27.

“I care about this maybe more than anything else on the planet, okay? Because we’re bringing back boy bands,” he said before the performance.

“I’m talking about proper boy bands. Five guys together. I’m talking about the cute one, the funny one, the nice one, the other one, and the maverick, who refuse to play by the rules, all living together in some weird mansion in Orlando,” he added.

The Backstreet Boys are scheduled to hold their Larger Than Life residency show, at The AXIS at Planet Hollywood Resort and Casino starting March 1, 2017.  Tickets for their show go on sale starting October 1. – Rappler.com