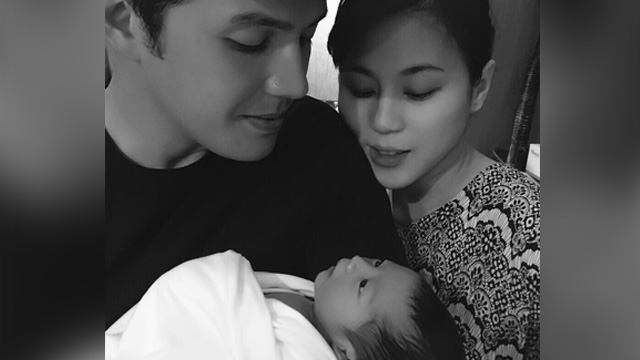 On Seve’s own Instagram account, a black and white picture of the couple and Seve was posted with the caption, “My first family photo, I love my mommy and daddy.” (READ: Toni Gonzaga, Paul Soriano welcome baby Seve)

my first family photo, I love my mommy and daddy #daddyPaul #mommyTin

The photo is the first picture where all 3 of them can be seen together, as the others that have been posted as of writing are of Seve and Paul.

The Instagram account also has a photo of Seve with his uncles Phillip Soriano, Parker Soriano, and Patrick Soriano.

Seve was born on September 30. In June, Toni and Paul announced that they were having a boy, and it was in April that Toni announced that she was pregnant.

Toni and Paul got married in 2015 after 8 years of dating. – Rappler.com