In ‘The Escort,’ Lovi, Derek and Christopher navigate complicated relationships Facebook Twitter Copy URL
Copied
Lovi Poe, Christopher de Leon, and Derek Ramsay talk about how they prepared for their scenes in 'The Escort.' Lovi also opens up about being linked to a foreigner named Chris Johnson

MANILA, Philippines – Lovi Poe, Derek Ramsay, and Christopher de Leon had their fair share of love scenes in their upcoming movie The Escort, but none of them felt particularly uncomfortable about it.

At a press conference for the movie on Thursday, October 13, the cast talked about the film and how they prepared for various scenes.

Veteran actor Christopher said that he has no qualms anymore when it comes to doing daring scenes.

“Actually, I have done a lot of love scenes before. [But] this one is entirely different. Medyo tame [nang] kaunti, yung mga love scenes and ‘di masyadong madaming tensyon (These were quite tame and they didn’t have that much tension),” said Christopher.

Derek, on the other hand, said it was the few shots of alcohol they took before shooting and the music they played in the background that made him feel at ease.

In the movie, Lovi plays Yassi, a woman who takes on providing for her siblings after their parents are killed in an accident. She meets, Xyruz, played by Derek, who gets attracted to her and convince her to become an escort. She eventually agrees to it, and is presented to a rich estate mogul, Gary, played by Christopher. Their relationships become complicated.

When asked who was more difficult to work with when it came to kissing scenes, Lovi answered, “Magkaiba…(It’s different). With Derek kasi [it’s] with so much love. May scene kami doon ni Sir Boyet na sobrang simple lang na eksena pero ang galing nung vision nung director namin na someone who is so gentle, tapos magiging rough,” she added.

(Sir Boyet and I had a scene that was so simple but the vision of our direction was someone who is gentle, then becomes rough.)

Derek said he did his best to make Lovi feel comfortable: “I talked to Lovi before the scene, that I was going to protect her – her chest always on my chest. ‘Don’t worry about about all the other men watching, I will protect you.'” 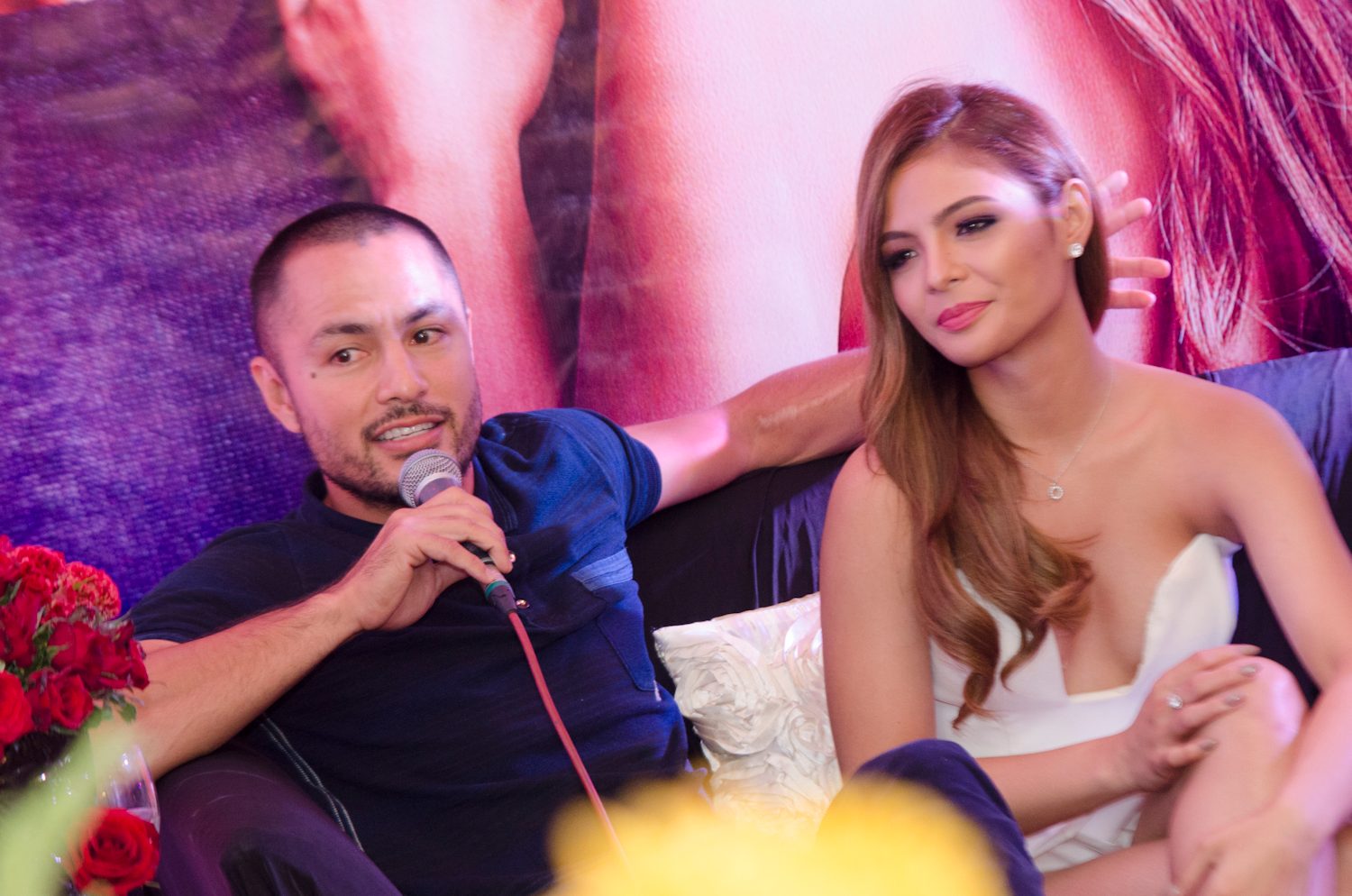 When asked if she can top how daring she was in this movie, which she called “the sexiest that [she’s] done,” Lovi said: “I think kaya pa. It’s not about the love scene. Parang marami pang pwede gawin kasi, iba yung story na ito and I’m sure I’ll be given a different kind of story. So pwede pa.”

(I think I can still top it. It’s not about the love scene. There’s still so much that can be done because this story is different, and I’m sure I’ll be given a different kind of story. So yes, I can still do it.)

Lovi on being single and dating After confirming that she and actor Rocco Nacino have broken up, Lovi has been linked to a foreigner named Chris Johnson. Lovi, however, said that she and Chris are good friends and that he’s not based in Manila.

After all the French Rivieras, Paris's & More… Tu vas me manquer PoeCoup , @iamchrisjohnson

When asked whether the guy was courting her, Lovi said: “The thing is, he’s not from here, he’s far away.

“I don’t know… I don’t believe in courtship kasi. Courtship is like putting your best foot forward,” she said.

She added: “I believe in companionship, kasi (because) you get to know the person even more. But the thing is, okay naman ako sa ganitong setup. (I’m okay with this kind of set up.)

“Yes, we communicate, pero malayo siya sa akin (he’s far away from me), which is good thing for me.

“Kasi (Because) I don’t want to get into anything right now. Parang gusto ko talaga, sarili ko muna, trabaho muna (What I really want to do now is to focus on myself, on my work first),” she said. – Rappler.com