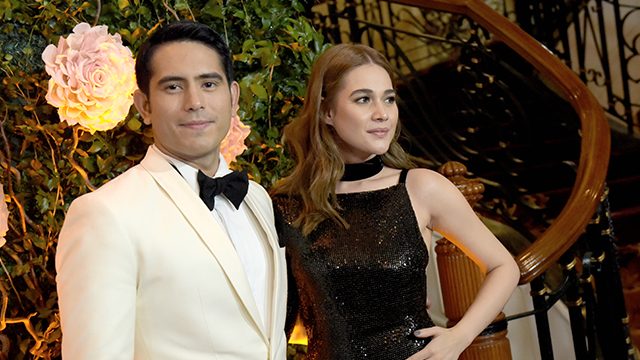 Bea and Gerald dated briefly before ending things in 2010, and were rumored to have rekindled their romance following their reunion in their 2016 movie How To Be Yours.

Here are more photos of the two on the Star Magic Ball red carpet! After Bea and and Gerald’s breakup in 2010, Bea dated Zanjoe Marudo before he announced in January that they had ended their relationship.

Gerald, on the other hand, dated Kim Chiu, then Kim’s close friend Maja Salvador. Maja admitted that she and Gerald were dating in 2013, which caused a feud between her and Kim Chiu at the height of the popularity of their teleserye Ina, Kapatid, Anak.

Later that year, Maja confirmed that she and Gerald were a couple. In 2014, all parties said they had already patched things up and that things were now better between them.

What do you think of Bea and Gerald possibly rekindling their romance? Let us know in the comments! – Rappler.com