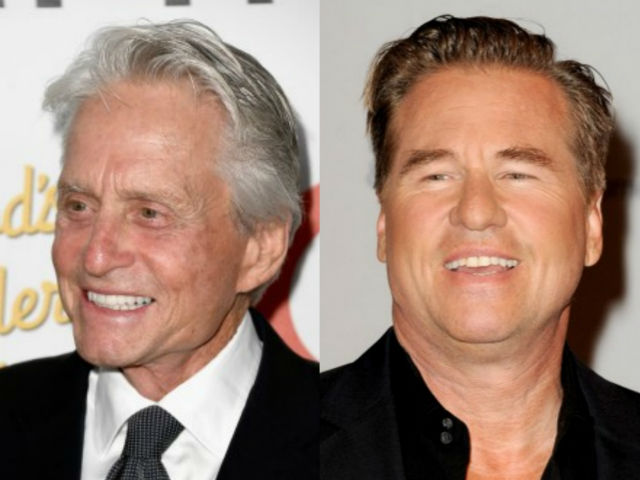 Douglas reportedly told the audience at an event in London over the weekend that Kilmer, his co-star in 1996’s The Ghost and the Darkness, is “dealing with exactly what I had,” referring to oral cancer.

He added that “things don’t look too good” for the 56-year-old, best known for his role in Top Gun and as singer Jim Morrison in The Doors.

“My prayers are with him. That’s why you haven’t heard too much from Val lately,” Douglas, 72, told host Jonathan Ross, according to the London-based Daily Telegraph newspaper and US entertainment industry bible Variety.

Kilmer has repeatedly denied reports that he is unwell, but his health has been the subject of persistent speculation since pictures showed him apparently with a tracheotomy tube last year.

Kilmer’s representatives did not respond immediately to a request for comment.

But Kilmer issued an oblique denial that he was incapacitated in a Facebook post promoting Cinema Twain, a filmed version of his one-man play about Mark Twain.

“I’m having so much fun sharing the role I created for my stage play Citizen Twain,” he wrote.

“‘The recent news of my death has been greatly exaggerated…’ Mark Twain,” he joked, using a widely misquoted line from the author.

“And his values and spirit live on even now! And I’m sure still standing! Yippee!”

Two-time Oscar winner Douglas revealed in 2010 that he was battling stage 4 throat cancer, but beat the disease thanks to a grueling regime of chemotherapy and radiotherapy. –Rappler.com