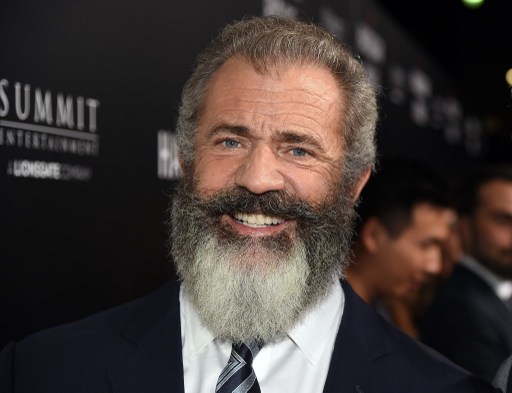 LOS ANGELES,USA – One of the most sought-after names in Hollywood at the height of his career, Oscar-winning Mel Gibson has been a pariah in the filmmaking community for a decade.

Ostracized by Tinseltown after an anti-Semitic tirade captured on tape during a 2006 drunk-driving arrest, the actor-director has since had to make do with a handful of parts in obscure or poorly received films.

It is a far cry from the adulation he enjoyed as the Mad Max and Lethal Weapon films established him as a star, before he went on to win Academy Awards for producing and directing 1996’s Braveheart.

As he unveils his new faith-based World War II drama Hacksaw Ridge this weekend, the 60-year-old devout Catholic will be hoping cinemagoers have shorter memories than movie executives.

The film tells the true story of Desmond Doss, played by Andrew Garfield, who enlists and is determined to save lives on the front line as a medic, but refuses to carry a gun on moral grounds.

“It highlights what it means for a man of conviction and of faith to go into a situation that is hellish… and in the midst of that maelstrom, this man is able to hone his spirituality and achieve something higher,” Gibson told a recent news conference in Beverly Hills.

He had been asked to comment on the film’s brutal violence but could have been describing his own baptism of fire back in the glare of the Hollywood press pack.

Asked about his own faith, Gibson looked uncomfortable and responded simply that he was “imperfect” and a “poor practitioner” who could take a leaf out of Doss’s book.

If Gibson’s return to the director’s chair is as successful as reviews of Hacksaw Ridge suggest it ought to be, he may have to get used to answering awkward questions about his private life again.

Hacksaw Ridge is Gibson’s first directing effort since the critically-acclaimed Apocalypto in 2006 – the year of his anti-Semitic rant at a US sheriff’s deputy.

During the high-profile arrest in Malibu, north of Los Angeles, Gibson said Jews were responsible for all the wars in the world.

He later apologized, blaming alcoholism, but he had already been facing accusations of anti-Semitism following the release of his controversial 2004 movie The Passion of the Christ.

Gibson and his wife of 26 years Robyn Moore split up soon after, and there were no more starring roles on the big screen until the lackluster thriller Edge of Darkness.

Even after his acting comeback, the controversies surrounding the star were far from over.

Gibson was spared jail in 2011 when he decided not to contest domestic violence charges pressed by Russian pianist Oksana Grigorieva, the mother of his seven-year-old daughter Lucia.

Gibson – who is expecting a 9th child later this year with 26-year-old girlfriend Rosalind Ross – was sentenced to 3 years of probation and ordered to attend domestic violence counseling.

He won critical acclaim for his role in close friend Jodie Foster’s The Beaver, but the 2011 film was a commercial flop, with Entertainment Weekly concluding that audiences had stayed away because of Gibson.

He has since faced further accusations of anti-Semitic and aggressive behavior, which he has strenuously denied.

In a recent podcast with Variety magazine, Gibson said he was trying to put the 2006 incident behind him, and found it “annoying” that people were still bringing it up.

“Ten years have gone by. I’m feeling good. I’m sober, all of that kind of stuff, and for me it’s a dim thing in the past,” he said.

By Monday next week, the opening box office figures for Hacksaw Ridge will indicate whether the public has forgiven him.

“I think, (with) all directors who have touched greatness before, Hollywood, and audiences in general, have a willingness to take a chance on them again,” said Jeff Bock, a senior analyst at industry monitor Exhibitor Relations.

“Gibson has proven that he has directorial chops that transcend the often mediocre multiplex offerings. With Hacksaw Ridge, he seems to have the critical support as well, so that bodes well for playability through the holiday season.” – Rappler.com