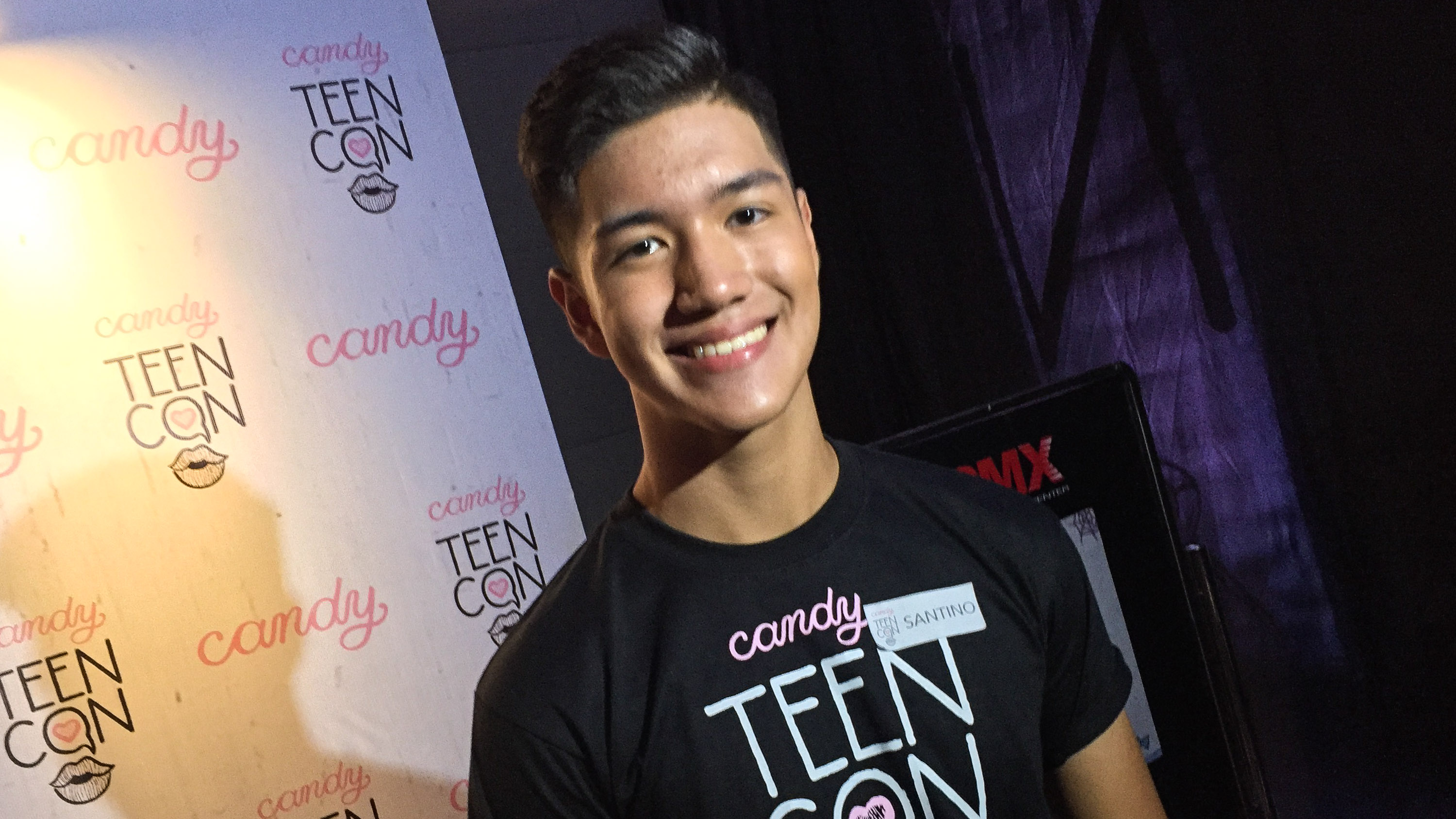 MANILA, Philippines – Who is Santino Rosales? Jericho Rosales’ 15-year-old son with model Kai Palomares recently spent some time in the spotlight after being featured as part of this year’s roster of Candy Cuties – Candy magazine’s yearly roundup of handsome young men.

Santino’s feature could be the first step in following in his dad’s footsteps, but as many curious reporters learned at the Candy Fair last Saturday, October 29,

“I mean, ever since I was a young kid, I knew that I didn’t want to get into showbiz because I knew how hassle it is and how tight the schedule is, and I can’t handle that because I have other priorities in life,” he said.

Right now, he’s focused on football, and plans on going into business in the future.

He’s already testing the waters on his entrepreneurial dreams, starting up a venture with a friend of his, where they turn old car parts into furniture: “We had this trade expo at school and then we decided, okay, let’s do something out of the box. He had some extra car parts because he has a car shop so we decided, let’s innovate it, let’s make it something people want,” Santino explained.

As for football, Santino plays defense for two teams: Kaya Football Club’s under 17 team and his school team, Colegio San Agustin in Makati.

He’s happy with Kaya FC, and wants to study in La Salle or Ateneo for college, but Santino also dreams of playing for his favorite international football club, Real Madrid.

Still, Santino can be spotted doing some other projects. Aside from being a Candy Cutie, Santino also recently walked a show for Avel Bacudio. “I wanna continue my career in football and maybe modeling and endorsing,” he said, when asked if he wanted to enter showbiz.

Santino is very close to his mom, Kai, and said she influenced him when it came to his decision to be a Candy Cutie: “My mom was a big inspiration to me because she was a model also before.” Kai and Santino always post photos of their dinners together too.

He may live with his mom, but hangs out with Jericho often too. “[We spend time together] on weekends, when we’re both not busy. Usually it’s the two of us, but I’m on good terms with Tita Kim [Jones].”

Both his parents have also given him great advice on both life and success: be humble. “I mean, you can’t be big-headed about the things that you have,” said Santino. “Because of course everybody knows you work hard for it, so just keep the talking to yourself and just enjoy what you have.”

Santino, who turns 16 in December, is just getting his career started, and we can’t wait to see where he goes from here! – Rappler.com