Nov 23, 2016 3:21 PM PHT
Agence France-Presse
Facebook Twitter Copy URL
Copied
'What an incredible burden that was to bear, to risk her career like that,' says President Obama, lauding Ellen's courage for coming out as gay 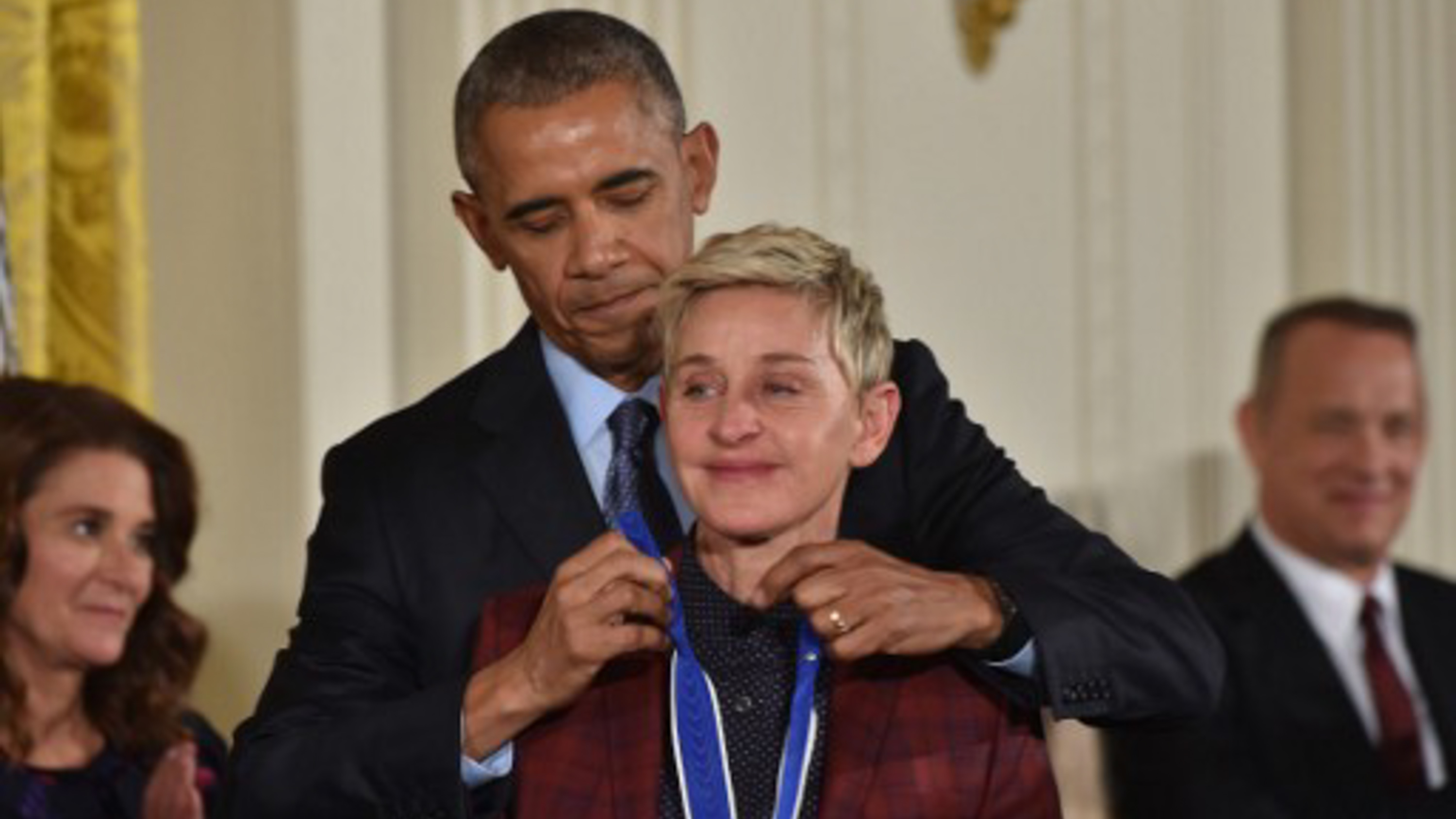 WASHINGTON DC, USA – An emotional Ellen DeGeneres was among the 21 people honored with the Presidential Medal of Freedom on Tuesday, November 11.

During a ceremony at the White House, President Barack Obama gave out the awards – the nation’s highest civilian honor – for his last time to a diverse group of sports stars, scientists, artists, and philanthropists.

“Everybody on this stage has touched me in a very powerful personal way,” Obama said. “It’s useful when you think about this incredible collection of people to realize that this is what makes us the greatest nation on earth.

While speaking on the accomplishments of DeGeneres, Obama lauded the comedian’s courage for coming out as gay.

“What an incredible burden that was to bear, to risk her career like that,” he said. “People don’t do that very often, and then to have the hopes of millions on your shoulders.”

As is his style Obama broke up the weightier moments during the ceremony with a humorous touch.

“But it’s like Ellen says: ‘We all want a tortilla chip that can support the weight of guacamole.’ Which really makes no sense to me, but I thought that would break the mood because I was getting kind of choked up.” 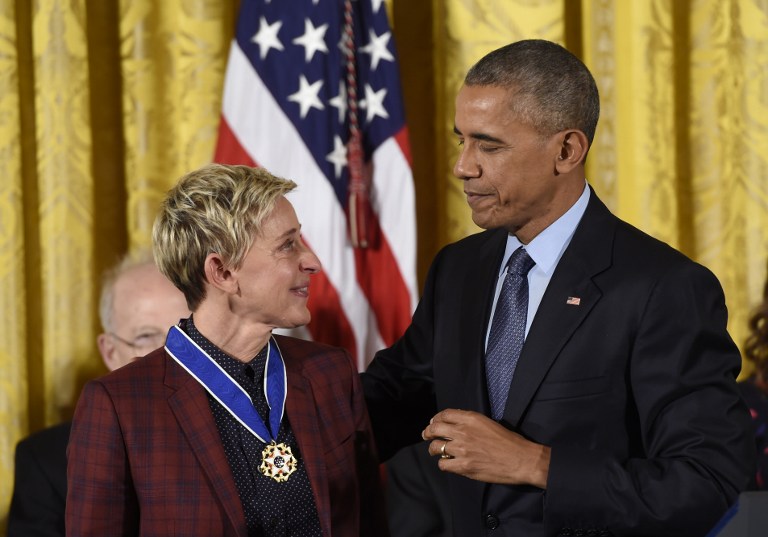 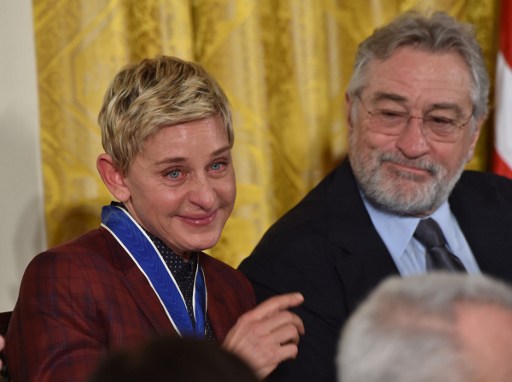 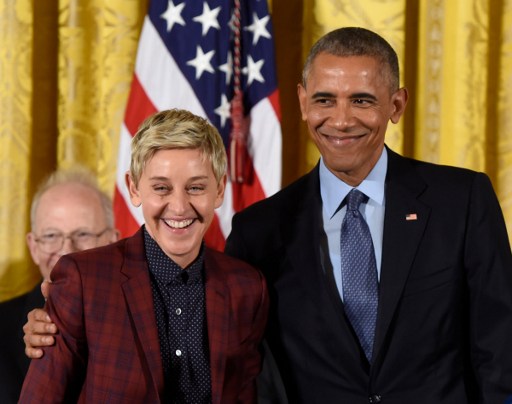 DeGeneres posted a few photos – and a Mannequin Challenge video – of herself and her wife Portia de Rossi at the White House too!

They haven't let me in to the White House yet because I forgot my ID. #NotJoking #PresidentialMedalOfFreedom

@BarackObama just awarded me the Medal of Freedom. I hope it serves as an ID. I have no idea how I'm getting home.

“A Sicilian father turned New York mobster, a mobster who runs a casino, a mobster who needs therapy,” the president read off, drawing laughter from the crowd. “A father-in-law scarier than a mobster, Al Capone, a mobster.”

De Niro has been in the spotlight recently for his candid disapproval of President-elect Donald Trump. The actor hasn’t minced words in his criticism of the Republican, describing him as “a punk,” “a pig,” and “an idiot.”

“I’d like to punch him in the face,” he said before the election.

Many of the award recipients have been outspoken against Trump or have given support to Democrats.

The prestigious Presidential Medal of Freedom recognizes achievements and contributions to US national interests, security, culture, peace and philanthropy. – Rappler.com