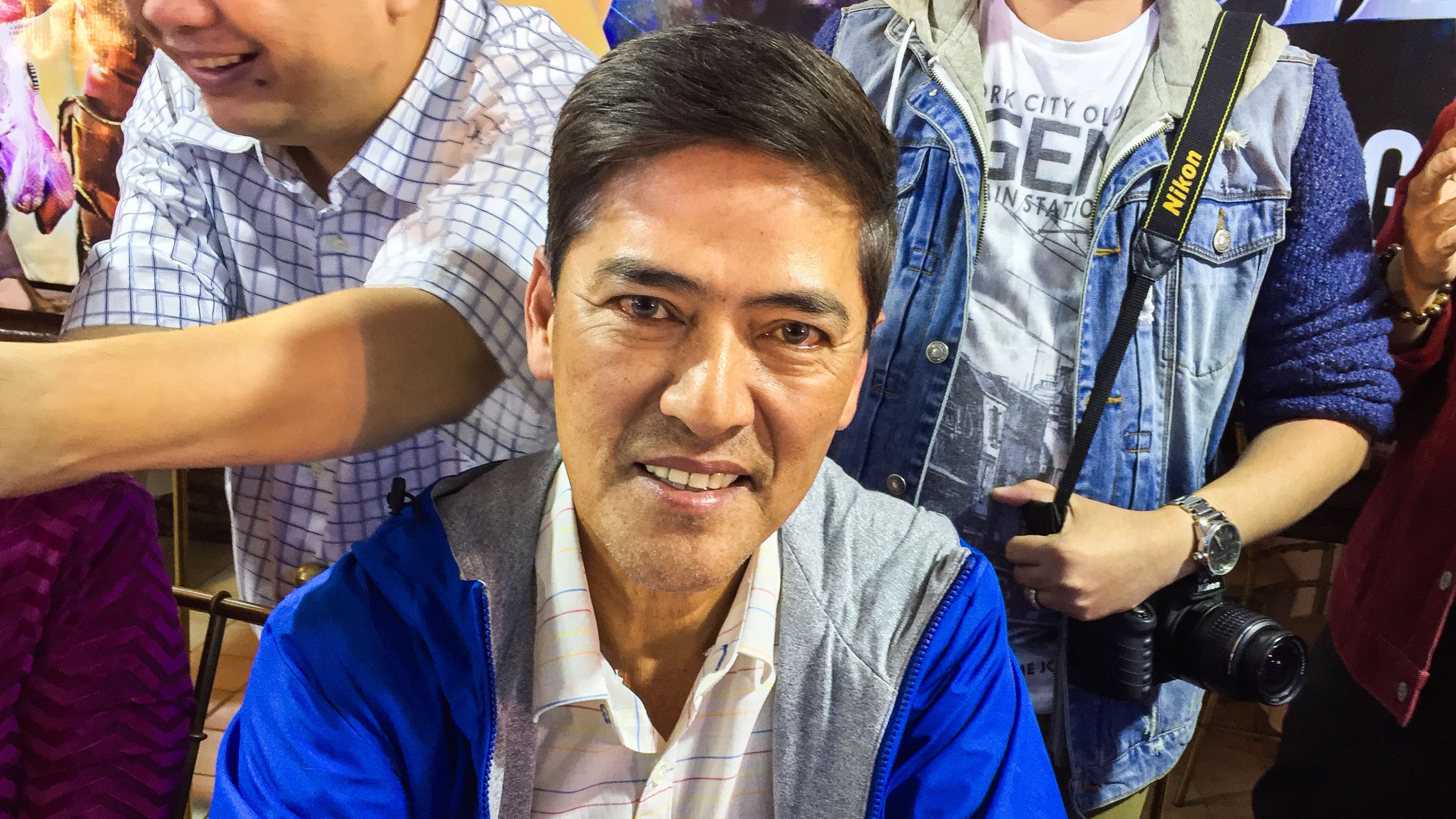 MANILA, Philippines – When none of the Metro Manila Film Festival regulars made it to the lineup this year, many moviegoers were surprised – including the stars. (FULL LIST: 8 MMFF 2016 entries revealed)

Many of the movie franchises that were often featured in the MMFF in the past –including series like Enteng Kabisote and Mano Po – were snubbed in favor of independently produced films. (READ: MMFF 2016 revamped: 10 important changes to know)

MMFF 2016 screening committee members said during a press conference after the lineup announcement that their choices had nothing to do with mainstream or indie films.

Nicanor Tiongson, chairman of the screening committee, told the reporters: “It is wrong to dumb them [the audience] down, huwag natin gawin ‘yun kasi condescending ‘yun (Let’s not do that because it’s condescending). Dapat if we know what quality is, then let’s try and keep that quality.”

In response to a question about the ongoing debate on what makes a quality film, Vic Sotto, who stars in Enteng Kabisote 10 and the Abangers, spoke up at a press conference for the movie on Friday, November 25.

“Alam mo, yung salitang quality, kung baga (You know, the word ‘quality’), beauty is in the eyes of the beholder,” said Vic.

(When you say quality, what is your definition of quality? What appeals to your taste? What appeals to mine? What is the taste of the committee? It’s different from many of the people who watch Filipino movies.)

(Maybe the taste of those who watch Filipino movies have changed… So it really depends on your taste. No one can say, ‘I’m good quality, that other one is not.’ Everyone’s tastes are different.)

Vic, however, said that he shared the same opinion as that of Lily Monteverde of Regal Entertainment and Malou Santos of Star Cinema: “Pwede ka naman gumawa ng may kalidad na magugustuhan ng kararami (You can make quality that many people will like), especially the younger viewers,” said Vic. (READ: Richard Yap, Mother Lily discuss ‘Mano Po 7’ exclusion from MMFF 2016 lineup)

‘Disappointed for the kids’

Like Enteng Kabisote, neither Regal Entertainment’s regular bet – the 7th installment of the Mano Po series – nor Star Cinema’s bet – a movie starring Vice Ganda – made it to the MMFF. (Out of MMFF 2016, Vice Ganda and Coco Martin see bright side of exclusion)

This is the first time that a Mano Po movie didn’t make it to the MMFF. Recently, Vice and Vic have also had movies in the festival every year.

On not making it, Vic said that he was sad that this year broke tradition, but he’s feeling fine: “Pakiramdam, okay lang. For a while I was disappointed, but as I always say, life goes on, life will go on, laughs will go on. Kahit na hindi December 25 ang aming play date, sabi nga ni kuya Joey [de Leon], November 30 ang bagong Pasko para sa mga pelikula. I was disappointed for the kids, for the younger viewers.”

(I feel okay. For a while I was disappointed, but as I always say, life goes on, life will go on, laughs will go on. Even if our play date isn’t on December 25, as Joey [de Leon] said, November 30 will be the new Christmas for movies. I was disappointed for the kids, for the younger viewers.)

Vic said that he had nothing against the 8 films chosen, but most were for adults. Most kids, he said, would use their Christmas money to watch movies with their families during Christmas. The MMFF always opens on December 25.

This year, both Enteng Kabiste 10 and The Super Parental Guardians starring Vice will be released on November 30.

(I guess we had the same frame of mind, we and Star Cinema thought to show it earlier, so that people can feel Christmas earlier… And yeah, it’s on the same date, Vice and I are used to our movies being released at the same time as 6 others.) – Rappler.com