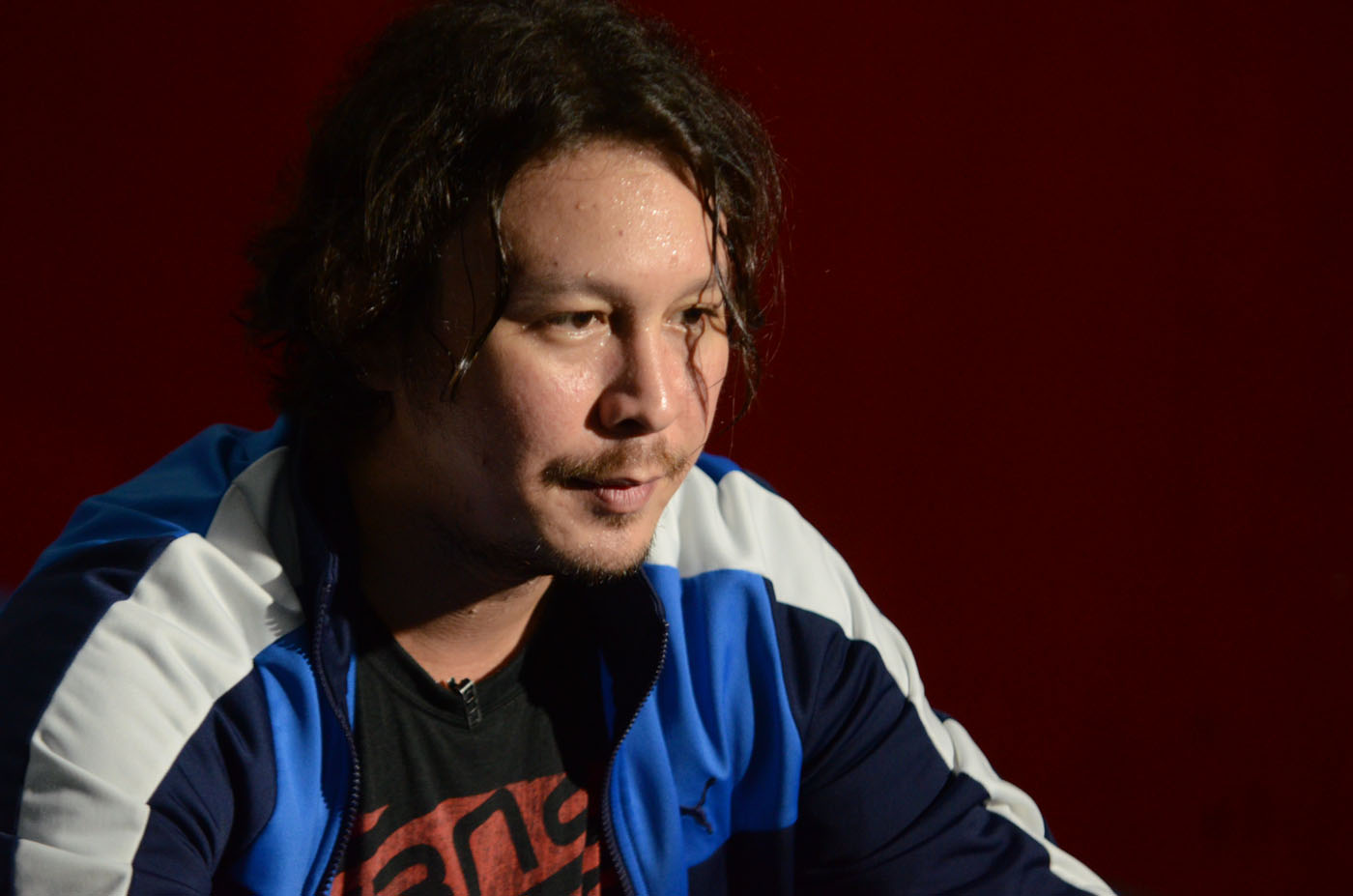 MANILA, Philippines – Baron Geisler has apologized to actor Ping Medina and those who were hurt over his actions on the set of the movie Bubog. In a lengthy Facebook post shared Wednesday, November 30, he also revealed new details about the events leading up to his urinating on Ping on-set while shooting a scene. He further detailed his issues with director Arlyn dela Cruz. (READ: Ping Medina calls out Baron Geisler for behavior on set)

On Facebook, Baron said that he was sorry for what happened while also expressing his disappointment with Arlyn. He acknowledged that he was interested in the role he was offered, but had heard criticism about her in the past. Later, he became frustrated by what he described as constant changes to his role. He begged off from the project, but after speaking with the director, agreed to stay on and work as needed. Baron, who has struggled with problems with alcohol in the past, said that would “work sober.” (READ: ‘So low’: Baron Geisler defends himself vs Ping Medina, movie director)

During some downtime on location, he recalled bumping into Ping, whom he greeted, though Baron noted in his post that Ping did not seem to be in a good mood.

(We talked until about 4 am – if he was irritable about me, I wish he didn’t let the conversation linger until that time. I wasn’t really sleepy, I thought to get some Pale so I could sleep. Yes, I did borrow P200, because Niña said we didn’t have cash and of course, the banks are closed. I handed Ping a can, after I had one, I felt sleepy so I went into the room.)

He noted that his call time was again changed the next day to 3:30 pm. He related that they moved to a second location, and said that he did have a few more drinks. “Ulit, ang apat na Pale ay hindi tatalab sa isang katulad ko para sabihin ‘Lasing ako.‘” he wrote. (Again, 4 Pales don’t hit someone like me enough to say, ‘I’m drunk.’)

At this point, Baron gives more details about the urinating incident.

(The next scene was explained to us by Direk, we rehearsed. I felt it was a bit incomplete, so I approached Ping to tell him I was going to do something and not to get angry over it. I did the same to Direk, but she was in a rush for us to finish so she did not ask me what I was going to do. She said, ‘Ok, just do it, don’t tell me anymore,’ – as a director, you sould still know what’s going to happen in order to avoid these kinds of situations.)

He said he didn’t expect Ping’s reaction, but apologized and didn’t try to fight back. In the final part of his post, Baron said that he was waiting for the day everything between them would calm down.

Aside from the changing call times and changes to the role, Baron talked about his other issues with the director and criticized how she dealt with the situation.

He reacted to what Arlyn said in a previous post about him allegedly using the incident for buzz, given that he reportedly has a project with Kiko Matos about their brawl and fight earlier this year, and an upcoming book.

(Why would you use you for a movie or my book? They have nothing to do with this.)

(As a director and as a good reporter, I wish you hadn’t posted what you did. Who barked first? Wasn’t it you? You know yourself that you did wrong and was lacking. This can’t all be pinned on me. You made the situation heat up, you used events so this would be talked about. I know, in some way, you were happy. As a head or leader of the production, you didn’t even let this cool down, you intensified it.)

In an earlier Facebook post, Arlyn had clarified their side of the incident, saying that no one permitted Baron to urinate on a co-star, and aired her own thoughts on why he acted that way.

“What he did was his own twisted interpretation of the character assigned to him, which I explained to him and even demonstrated over and over, off the set and on the set – to prep him for that important scene,” she wrote.

“He was concerned and restless, asking everyone, and even to Ping’s face if Ping was bida [the star]. That’s where the inappropriate and surprise act came from. He wanted to eclipse the portrayal of Ping with the character assigned to him. It did not work, an insecurity that manifested in that one act of betrayal of trust and respect that I gave him,” she wrote.

She ended with a public appeal to Baron’s relatives to get him help: “He needs help. Hindi niya kami tunay na nasaktan kung inaakala niya.

(He needs help. He isn’t really hurting us, he’s the one he’s destroying, again and again.)

Meanwhile, Ping told ABS-CBN that he has no plans to file a legal complaint against Baron, but said that the Actors Guild of the Philippines and Film Development Council of the Philippines have contacted him over the incident. – Rappler.com