MANILA, Philippines – From celebrity breakups to “I do’s,” a lot happened in the world of showbiz in 2016, but not everything was a pretty sight.

Most of the time, celebrity battles are kept private, but sometimes they just can’t be kept secret – or in some cases, weren’t meant to be.

As we welcome in 2017 in, let’s take a look at some of the high-profile public battles that took place this year. Early in the year, director Cathy Garcia-Molina faced controversy regarding talents who played minor parts in the hit show Forevermore. Rossellyn Domingo, who played the role of Celia in Forevermore, said the show’s director, Cathy Garcia-Molina, humiliated and cursed at her boyfriend, Alvin Campomanes, while they were on the set in Baguio. Alvin played Makoy on the show.

Cathy later addressed the incident, saying that she did curse at them, but their account of the incident lacked context. Cathy also echoed ABS-CBN’s previous statement, saying that although she was willing to talk after hearing about the incident, the talent coordinator who hired Alvin and Rossellyn had told her that the matter was settled.

At the press conference of the movie Just the 3 of Us, Cathy admitted she was at her lowest point at that time but managed to rise above the issue. After a video of them fighting at a bar went viral, Kiko Matos and Baron Geisler decided to settle their differences in a Universal Reality Combat Championship cage with a mixed martial arts fight.

The fight, proceeds of which they said would go to helping political prisoners, ended in a unanimous draw.

Months later it was revealed that their beef wasn’t real – though the URCC fight was – and that it was all for a documentary titled Beastmode. 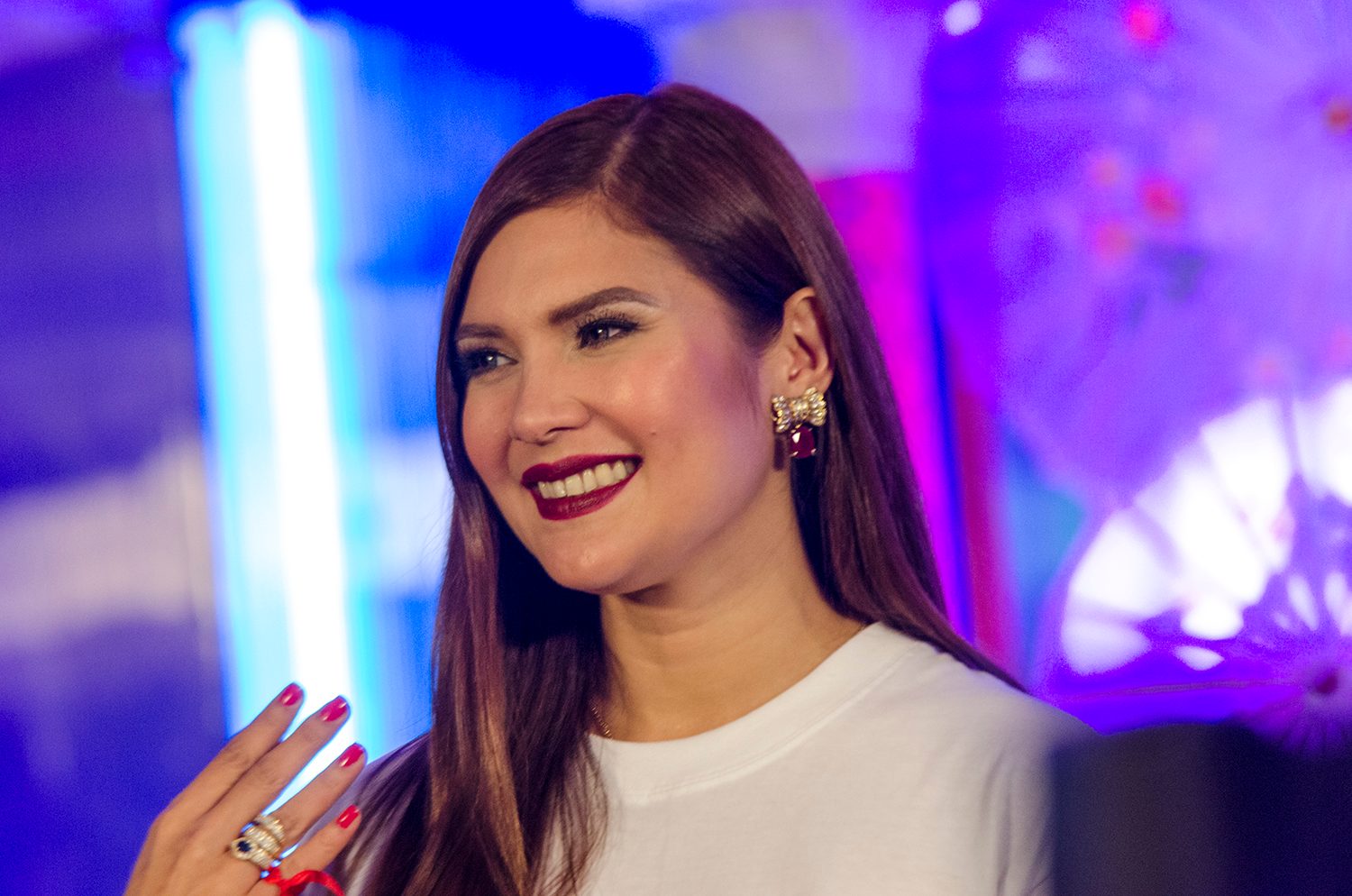 Last June, Vina Morales said that she has filed a complaint against her ex-boyfriend Cedric Lee, whom she accused of detaining their daughter Ceana for 9 days.

In an interview with Pep, Vina said that she got Ceana back on May 23 and that he violated his court-approved visitations rights.

Cedric denied the allegations, saying that his lawyers have been in touch with Vina’s camp to seek permission to be with Ceana. (READ: Cedric Lee denies Vina Morales’ allegations about detaining daughter)

Cedric has since filed a number of libel cases against Vina, with the singer-actress saying that the issue was not about them but the welfare of their daughter. In June, Timothy Tan, the husband of actress Sunshine Dizon confirmed that he and Sunshine were separating after 6 years of marriage. Sunshine later issued a statement that she will not give her estranged husband the annulment he was seeking. (READ: Sunshine Dizon to pursue legal action against husband Timothy Tan

Sunshine accused Tim of cheating on her with a certain Clarisma Sison. Last July the two had a closed door meeting regarding the custody of their children.

Last December 23, Tim has issued an apology to Sunshine and his 2 children. Sunshine responded by saying she and her kids can celebrate peacefully and that she will speak after the holidays. While she didn’t get into an all-out fight with anyone in the Miss Earth 2016 pageant, the Philippines’ representative did step on a few toes throughout the competition.

Before coronation night, a video of Imelda telling Miss Earth Austria Kimberly Budinsky that President Rodrigo Duterte was “doing Hitler stuff in the Philippines” went viral. She has since apologized.

After coronation night, Imelda said that the yellow Leo Almodal gown Miss Ecuador Katherine Espin wore to the evening gown competition was supposed to be for her. Leo later clarified the situation on social media.

In another viral video, Imelda was heard talking to her fans about Katherine, who had won the competition. “Yung nanalo peke ilong, peke baba, peke boobs (The winner has [a] fake nose, fake chin, fake breasts)!” she said.

Katherine responded to the accusations, saying she had never had plastic surgery done to her face.

After coronation night, Imelda resigned from her Miss Earth Philippines duties, saying she had to accompany her mother abroad and could not fulfill her duties. In March, actress Vivian Velez took to Facebook to announce that she was leaving the series Tubig at Langis, claiming that Cristine Reyes treated her rudely on set and asked her to leave the room they shared.

The show’s staff said that the two actresses had a misunderstanding, while Cristine said Vivian had lied about her. Regardless, Vivian was firm in her decision to leave.

Vivian’s character was killed on the show weeks after.  (READ: Vivian Velez bids farewell to ‘Tubig at Langis’ cast)

Which of these feuds did you follow along with us in 2016? Sound off in the comments! – Rappler.com