Facebook Twitter Copy URL
Copied
Rhed Bustamante terrifies many with her performance in 'Seklusyon' – though at 9 years old, she can't even watch the film yet

In real life though, Rhed is a sweet 9-year-old girl for whom direk Erik has nothing but praise. She just won the Special Jury Prize at the film’s awards night held on Thursday, December 29 at the Kia Theatre.

The girl is a professional, direk Erik said at a press conference for the movie on December 16, predicting her Metro Manila Film Festival 2016 Best Actress win. “I really think – of course, there’s Nora Aunor and Eugene Domingo in the roster of films of the actresses, but Rhed is gonna give them a run for their money,” said Erik.

What makes Rhed so special? Here’s what we know about her so far.

Rhed was one of around 15 to 20 girls that Erik auditioned for the role of Anghela. She was one of the last, said Erik, and came highly recommended by his assistant director, who had seen the auditions previously.

(Rhed’s biggest talent is really that you can mix and measure her acting. She can go high, she can go low. Which, for a young girl like her, that’s hard to estimate.) Seklusyon was rated by the Movie and Television Review and Classification Board as an R-13 film.

(It’s okay, because we’re the ones who made the movie, so I know the story too, what happens.)

Rhed has had experience acting before.

We previously saw her in the series The Borrowed Wife (2014) as Joanna, the late Wenn V Deramas’ The Amazing Praybeyt Benjamin (2014), and in the series Flordeliza, among other films and TV shows.

She scared herself acting as Anghela. Rhed has acted before, but never in a horror film. When asked how this experience differed from her previous her experience with other movies, Rhed said she tried so hard to act well that she almost scared herself.

(It was so great, I really felt scared, like sometimes I would be afraid of myself. Because I really brought out my acting, I gave the acting my all so that it will be good when people watch it.)

Rhed on working with direk Matti 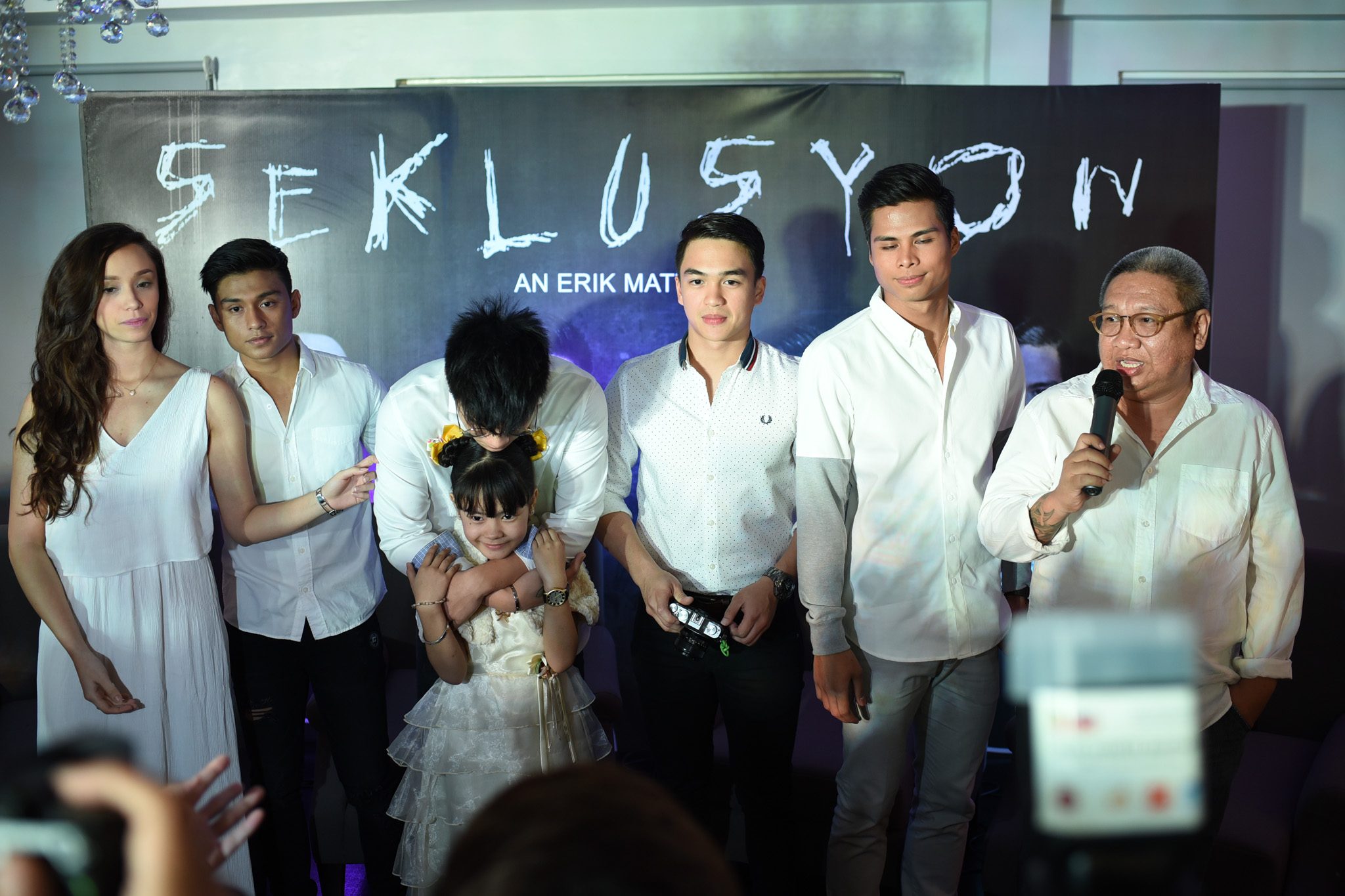 Here’s what Rhed has to say about working with direk Erik:

You can watch Rhed’s performance in Seklusyon in theaters until January 3. – Rappler.com